Riley Lewis is only 3 months old but can already cross getting a photo with a former president off her bucket list.

Riley, who was born in October, was spotted by Barack Obama while the former president was finishing a round of golf in Hawaii this week.

Obama, a father of two, is seen in a video taken by Riley's family approaching and asking them, "Who is this cutie pie?"

President Obama gracefully walked up and asked to hold my niece Riley. He was golfing in Hawaii. My niece is the GOAT period. #Hawaii #obama #President #MichelleObama pic.twitter.com/u6gmhGqzx4

He then holds Riley in his arms and gives her a kiss.

"I was just in awe," Riley's mom Tiffany Lewis told "Good Morning America" about the moment. "I look back at the pictures and I look so crazy because my mouth was just wide open in shock." 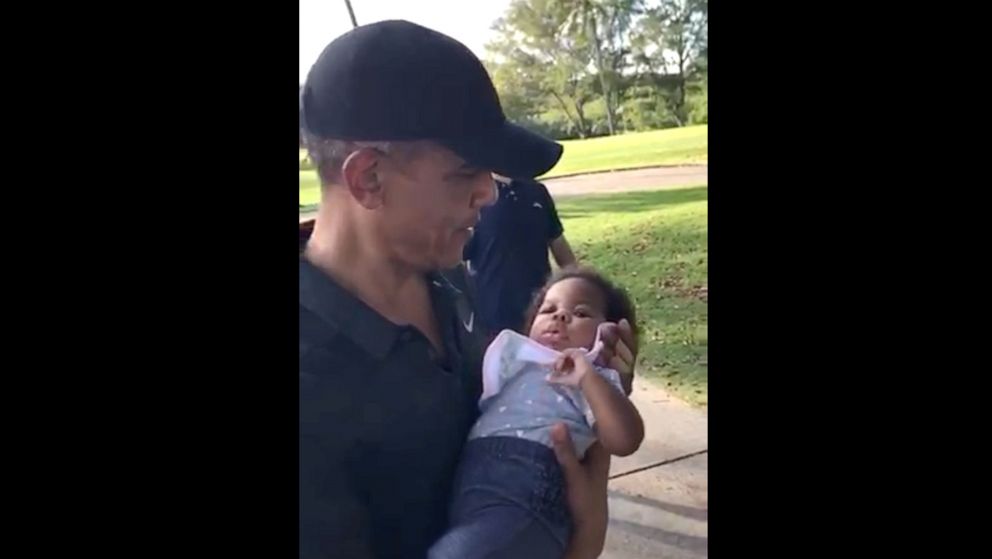 Lewis, 29, a seven-year Navy veteran, has lived in Hawaii for nearly two years with her husband, Richard Lewis, an operations specialist second-class with the U.S. Navy.

When the family heard that Obama, a Hawaii native, was golfing at the Marine Corps base where they live, they grabbed Riley and headed over for a chance to meet the former president.

"I love him. I've read his and his wife's books. I love what they've done, not just politically but as leaders all together," said Lewis. "He's one of the most influential people so I wanted to meet him." 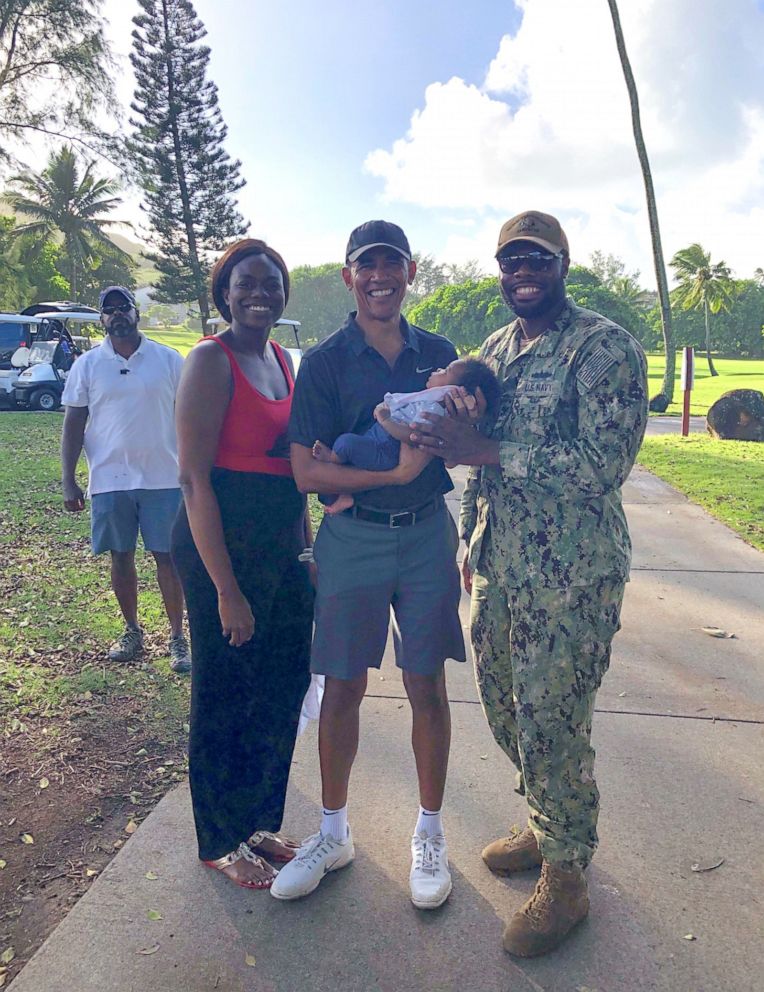 The meeting with Obama was a full-circle moment for Lewis, who spent two years undergoing fertility treatments before finding out in January that she was pregnant.

"That's what made me buy her book, to read about her experience," said Lewis. "I just love that she was so transparent."

"It's been a journey," she added of her own experience to have Riley. "I just know she's supposed to be here and I had her when I was supposed to have her."