Former first lady Michelle Obama wrote about everything from her thoughts on President Donald Trump to her marriage to former President Barack Obama in her bestselling memoir, "Becoming."

She also opened up for the first time about her infertility, a revelation that has led to a "Michelle Obama effect" on the number of black women exploring fertility treatment, experts say.

"There is a whole long list of celebrities who have shared something about their infertility but this was different," said Barbara Collura, president and CEO of Resolve: The National Infertility Association. "When Michelle Obama spoke out it was like earth-shattering. It was a very big deal." 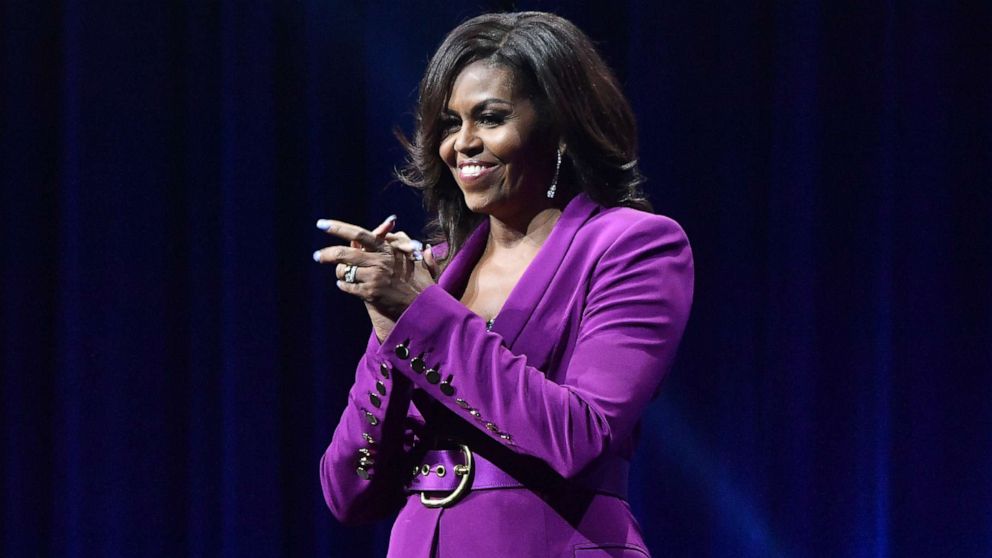 The share of black women starting fertility treatment at Shady Grove Fertility -- a chain of fertility centers in six states and the District of Columbia -- grew 50% faster this year compared to treatment rates as a whole, their data shows.

When it comes to in-vitro fertilization (IVF) specifically -- which Obama wrote about in "Becoming" -- Shady Grove Fertility saw an 18% percent increase in black women undergoing the treatment compared to 12% of all women, according to Dr. Desiree McCarthy-Keith, medical director for Shady Grove Fertility's Atlanta region.

"[Obama] was so genuine and it shows that infertility touches everyone –- you can be black, white, high-income, low-income or first lady, none of that matters," said McCarthy-Keith. "Women brave enough to speak on their own situations, it’s empowering for all of us to hear that."

Fertility for Colored Girls, a nonprofit organization that offers financial and education support to black women and couples, opened four additional chapters in the past year in response to the interest sparked by Obama's comments, according to founder Rev. Stacey Edwards-Dunn. The organization also launched its first-ever 10-state tour called "Breaking the Slience," an initiative that Edwards-Dunn said was made possible by Obama's "transparency."

CCRM Fertility, another national fertility chain, said doctors in its practices have anecdotally noticed an uptick in interest from black female patients. Dr. Aaron K. Styer, founding partner and co-medical director of CCRM Boston, said he has seen a 20% to 25% increase in his office alone in the number of black women who have come for consultations in the past year.

(MORE: Michelle Obama says Malia and Sasha are 'thriving,' thanks to Jenna and Barbara Bush and Chelsea Clinton who 'always had their backs')

"I’ve been in Boston for the past 20 years and in fertility care for 15 years and I’ve distinctly noticed an increase in the past year in African-American women seeking care," he said. "I think this is due to the fact that Mrs. Obama has been open about her experiences and that has made the infertility experience less stigmatized."

Obama wrote in "Becoming" that she and the former president used IVF to conceive their two daughters, 21-year-old Malia and 18-year-old Sasha, after suffering a miscarriage. 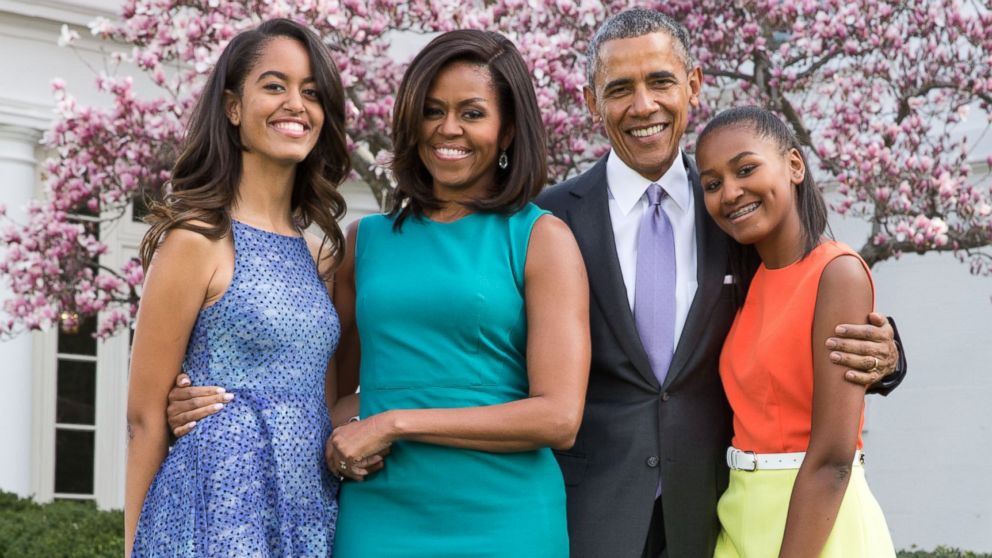 She told ABC News' Robin Roberts last year that it hit her in her 30s that “the biological clock is real" and "egg production is limited."

The former first lady said she decided to get candid about her miscarriage and her journey to motherhood in “Becoming” to help other women.

“I think it's the worst thing that we do to each other as women, not share the truth about our bodies and how they work," Obama told Roberts.

It is estimated that black women who have never given birth are almost twice as likely than white women to experience infertility, but they seek medical help for it half as much, according to data from the Centers for Disease Control and Prevention (CDC). Around 15 percent of white women between ages 25 and 44 seek infertility treatment, compared with 8 percent of black women, according to the data, released in 2014.

Erika Millon, 36, of Chicago, said she never knew anyone who sought help for infertility until she had to seek treatment herself this year.

Millon, an engineer in the health care industry, suffered from fibroids -- a common complication for black women that can lead to infertility. When she underwent surgery to have them removed, doctors discovered Millon had severe endometriosis and ultimately removed her fallopian tubes, meaning she would never be able to conceive naturally. 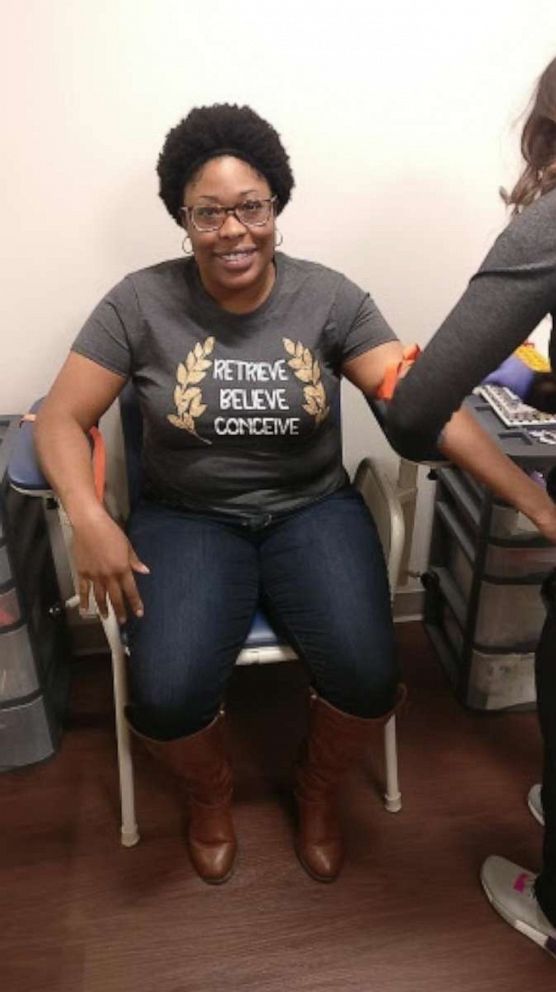 "I was disappointed. I was traumatized. I was shocked, pretty much any emotion you could possibly feel," Millon told "GMA." "And I was embarrassed and didn’t know how to share the information or who to share it with."

As Millon worked through her stages of grieving and deciding what to do next, she joined a book club that happened to select "Becoming." Millon said she remembers reading and rereading the section where Obama wrote about her own infertility.

"At the time I didn’t know anybody who had gone through IVF so 'Becoming' and Michelle Obama's experience was my only familiarity," said Millon. "Reading her book really helped me to not feel so alone."

Millon underwent an egg retrieval in November and plans to undergo IVF early next year. Obama's book, she said, inspired her to find more black women with whom she could share her infertility experience. 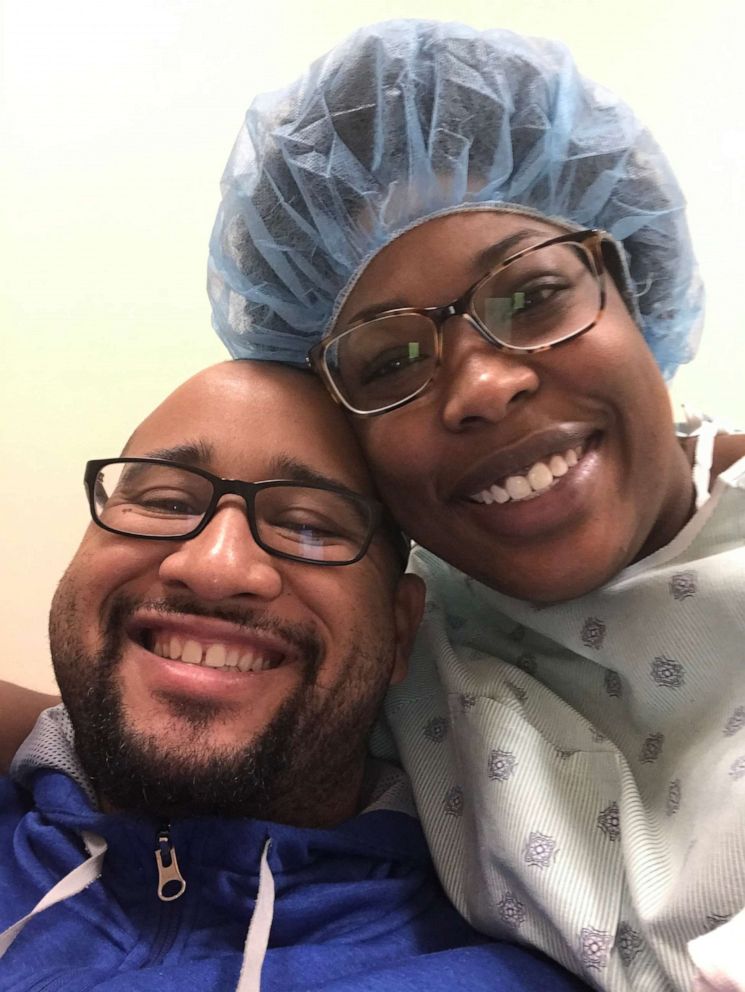 Erika Millon
Erika Millon, 36, of Chicago, is pictured with her husband during their journey of in-vitro fertilization (IVF).

Millon found support from Fertility for Colored Girls, which Rev. Stacey Edwards-Dunn founded after seeing a lack of resources for black women during her own seven-year infertility journey.

"I wanted to be able to talk to other women that looked like me who I felt would understand what I was going through," she told ABC News' Robin Roberts last month. "I want women and men to know that they are not alone."

Fertility for Colored Girls offers women financial support, in-person and online support groups. More importantly, it highlights black women in public talking about infertility, something that has been lacking for years, according to McCarthy-Keith.

"The initial campaigns promoting IVF just did not include us," she said. "They usually contained images of middle-class white women so if you didn’t see yourself in those images, you didn’t feel like they were targeting the treatments for you."

McCarthy-Keith also cites two cultural barriers black women face when it comes to treating their infertility. First, the long-held culture in the black community of not trusting the medical establishment, dating all the way back to the 1930s and the infamous 40-year Tuskagee Study where black men were not given the correct treatment for their ailments.

There is also the cultural stereotype that black women are fertile and have no trouble getting pregnant and delivering babies, according to McCarthy-Keith, who counts herself as one of the few black female doctors she sees in the fertility field.

"In studies that have been done, doctors picked a middle-class white women as the most likely to be infertile," she said. "So if physicians also do not have the understanding of what a fertility patient looks like, then it changes how we counsel our patients. Doctors may be more likely to tell a black woman to just keep trying."

Lisa Cheatham, 43, of Atlanta, said she never had a gynecologist or doctor talk to her about her fertility throughout her 20s and early 30s. It was only in her late 30s when she got married and was unsuccessful getting pregnant that a gynecologist ran tests and found her ovarian reserve was low.

"I was very surprised and shocked because that was my first time hearing that,' Cheatham told "GMA." "I go regularly to my annual exams and no one ever talked about or mentioned the need to be proactive about my fertility."

Cheatham and her husband spent the next six years trying to get pregnant, often having only each other to talk to about it because no one else in their family or friend group had gone through it before.

"I definitely felt there weren’t as many similar faces as mine when I would go to these fertility centers and I had to do a lot of digging and research to even find the centers," said Cheatham, who also eventually found support through Fertility for Colored Girls. "After I got more comfortable sharing about my infertility, other people would share their experiences and tips."

Cheatham found out she was pregnant in May after she and her husband took "one last shot" at IVF. She is 36 weeks pregnant and expecting their daughter any day. 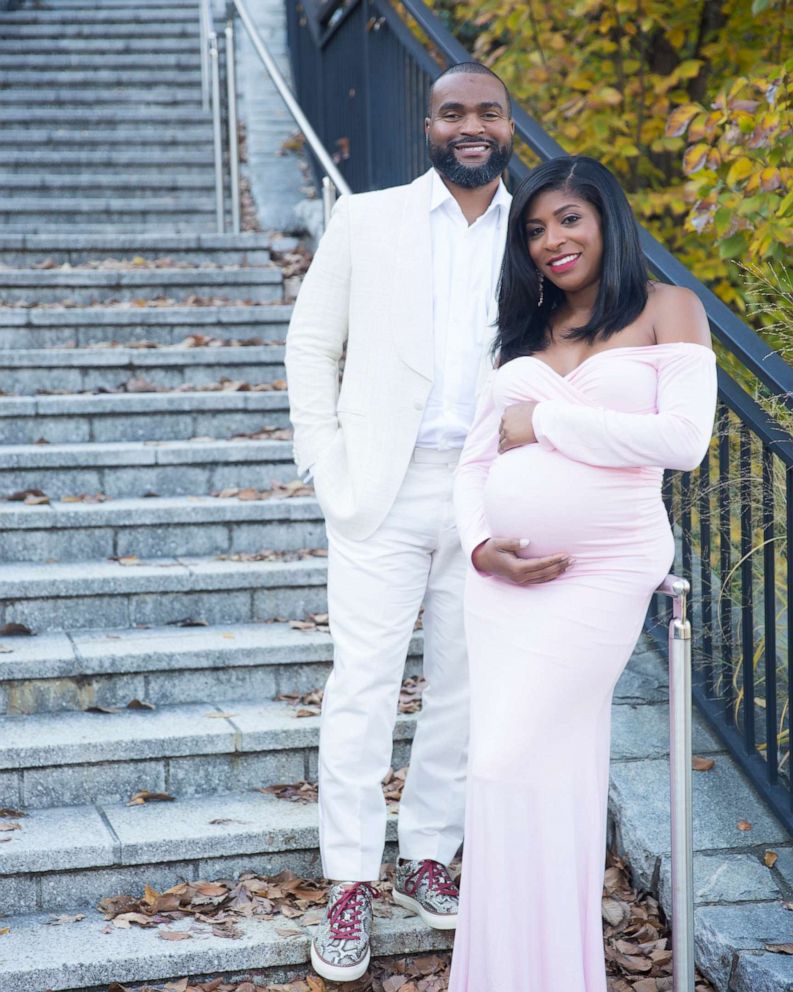 "I feel better that our experience, even though it’s been tough and lonely and scary, has been able to help other people too," she said. "You think there’s something wrong with your body but to hear that other women have gone through this and have gone on to build their families, it gives you hope."

Black women's lack of awareness around fertility treatments may delay their treatment which then makes them older at the time of treatment, reducing their chance of success, according to both McCarthy-Keith and Styer.

"That's why there is more of a need for education and public citizens like Michelle Obama and Gabrielle Union speaking out to make it less of a white women’s disease and more of a women’s issue," said Styer, applauding Union for speaking publicly about IVF, miscarriages, endometriosis and having a baby via a surrogate last year.

Medically, black women face health issues like uterine fibroids, obesity and tubal factor infertility that complicate becoming pregnant. And because black women have historically not been included in the infertility discussion, few studies have been done on black women and infertility.

"I think that black women just have to understand that we’re here and we’re part of this conversation," said McCarthy-Keith. "We deserve to be here. We’re worthy of all the technology and advancement that everyone is taking advantage of."

"If we’re having trouble getting pregnant, we know where to go for help and we know how to go to our families and friends for support," she said.