By Stacy Chen, Carson Blackwelder
Video by Nidhi Singh
Share —
Sign up for our newsletters to get GMA delivered to your inbox every morning!

As coronavirus pandemic fears grow across the country so have acts of discrimination toward Asian Americans. This week, notable Asian Americans like Tzi Ma are opening up about their stories and joining #WashTheHate, a digital campaign created by marketing agency IW Group to raise awareness about coronavirus-related harassment against those of Asian descent.

The campaign launched on Wednesday and features videos from Asian American artists, influencers and leaders washing their hands and sharing their stories about the pandemic’s impact within their communities.

As a partner of the campaign, Ma, a Chinese American actor who starred in "The Farewell" and "Mulan," posted his video on Wednesday.

"We’re all scared; now we act out of our fears by wearing masks, hoarding supplies and sadly some of us lash out on Asian Americans as if Asian Americans were responsible for this virus just for being of Asian descent," he said. "Stop it."

When asked why he was motivated to join the campaign he answered, "Because it happened to me."

In early February, Ma was shopping for groceries at a Whole Foods in Pasadena, California, when a man drove by, rolled down the window and told Ma, "You should be quarantined." Stunned, Ma said he went numb and cold and then "felt assaulted." 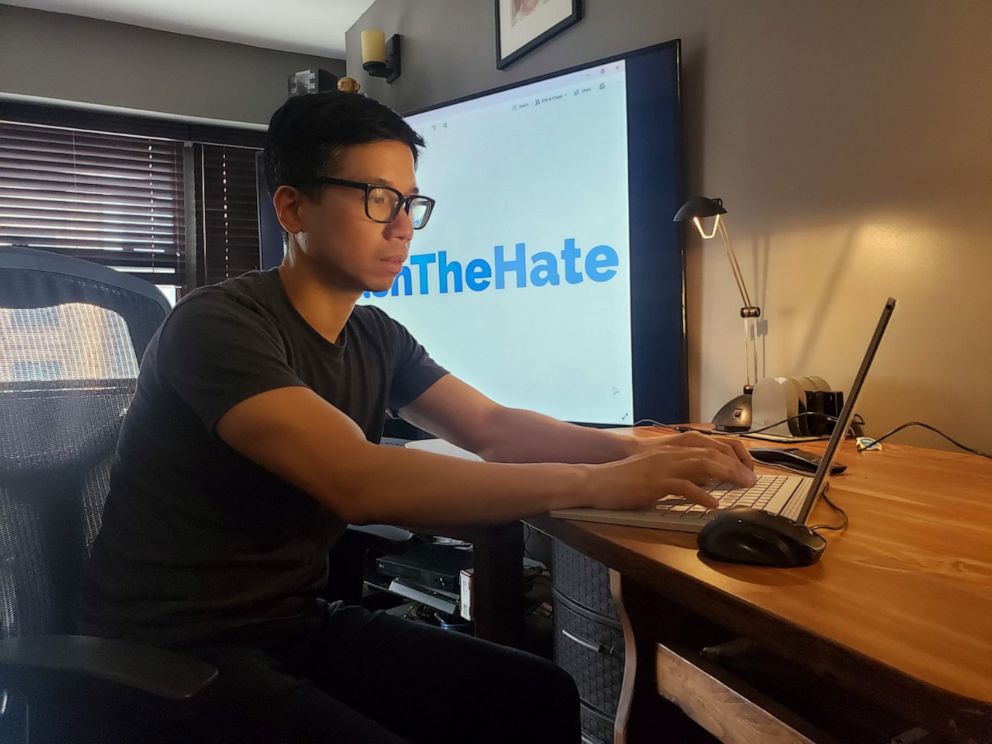 "It’s almost like when I was living in New York where my apartment was broken into where everything was just turned upside down and you walk in and it’s the same feeling -- you just feel numb, you just feel cold," Ma told ABC News.

Celia Au experienced similar harassment across the country from Ma. The Chinese American filmmaker and actress posted a video on her Twitter page of a man on the New York City subway yelling and spraying air freshener at an Asian man.

MORE: How celebrities are giving back amid coronavirus pandemic

Incidents like the ones Ma and Au experienced inspired Telly Wong, the chief content officer at IW Group, to take action. After seeing videos of Asian Americans being harassed and even attacked on social media, Wong wanted to promote hand-washing as the first line of defense against the virus while delivering a message that speaks to what’s happening in the community.

"Just to think you can be minding your own business and someone just comes over to you and starts harassing and blaming you for this horrible situation we’re currently in. ... That's sort of one of the last things we want to think about or deal with in the middle of this crisis," Wong told ABC News.

Au partnered with the campaign after seeing the surge of attacks on Asian Americans, many of whom were her friends.

There are serious concerns in the Asian American community about scapegoating and becoming the targets of misplaced fear and anger. Come join me and post a video to #WashTheHate. Let’s not discriminate and we can overcome Covid-19 together! 💪 pic.twitter.com/xk1WLezcBn

Many of Au’s Asian American friends are in the medical field, where they have also felt the rising tension from both strangers and their own patients. One of Au’s friends, who’s a nurse in a Manhattan hospital, said in a Facebook post she was afraid to admit her ethnicity when a patient’s husband asked if she was Chinese.

"I'm embarrassed to say but out of fear I lied (well partial lie since I'm half). He continued to guess what's my background was so I just said I'm Vietnamese so he can get off my case. I know this is not okay but I just wanted to avoid any trouble. This is the world we live in right now," her post read. 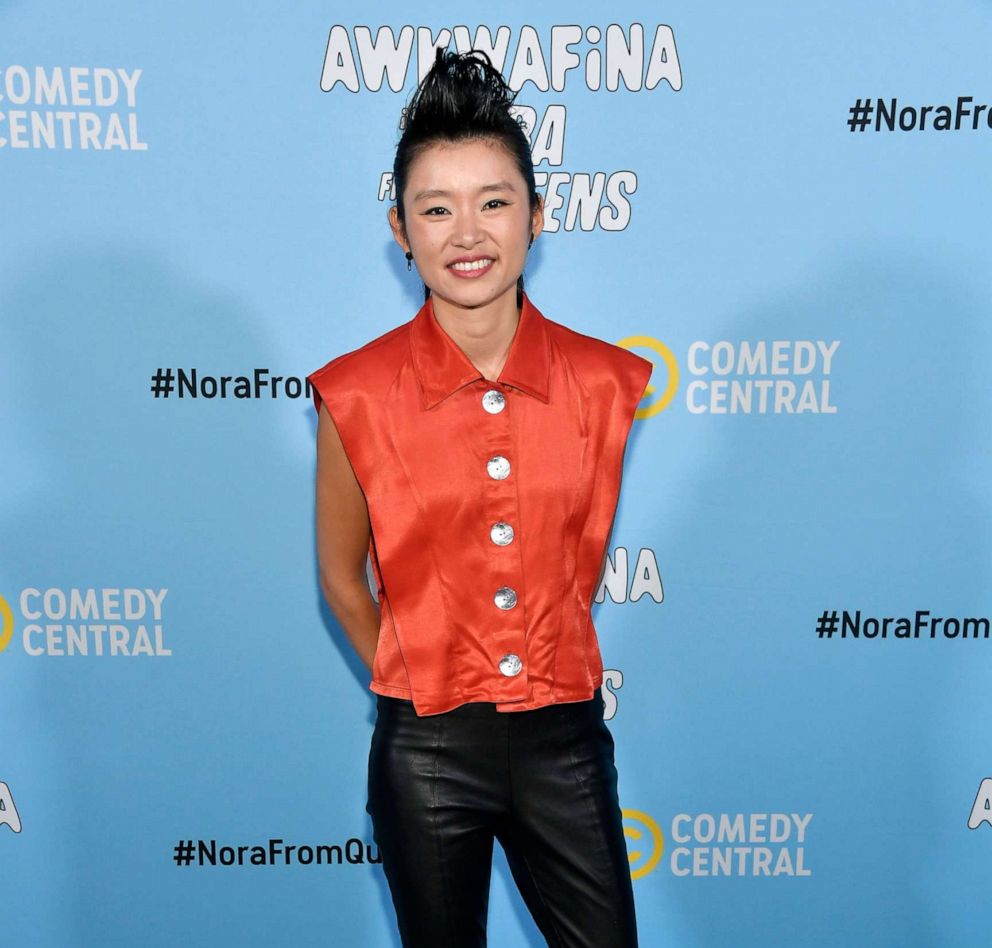 "These health care workers you’re attacking might be the ones saving your life later on," Au said in disbelief, adding, "I want people to help each other, because if we don't come together the virus is going to win."

This also comes as Daniel Dae Kim revealed on Thursday he had tested positive for coronavirus and advocated for compassion over animosity.

"Please, please stop the prejudice and senseless violence against Asian people," Kim, the Korean American actor best known for "Lost," wrote. "Randomly beating elderly, sometimes homeless Asian Americans is cowardly, heartbreaking and it’s inexcusable. Yes, I’m Asian, and yes, I have coronavirus, but I did not get it from China. I got it in America, in New York City."

MORE: Movies and series to stream during coronavirus social distancing

Now, organizations like Asian Pacific Policy and Planning Council have established a separate portal on their website dedicated to tracking anti-Asian American and Pacific Islander racist incidents during the viral outbreak.

Ma told ABC News part of the campaign is to push back on the narrative perpetuated by President Donald Trump, who has repeatedly referred to the disease as the "Chinese virus." Images taken by The Washington Post of Trump’s briefing notes from the Thursday press conference surfaced online showed the word "corona" was crossed out and replaced it with "Chinese." 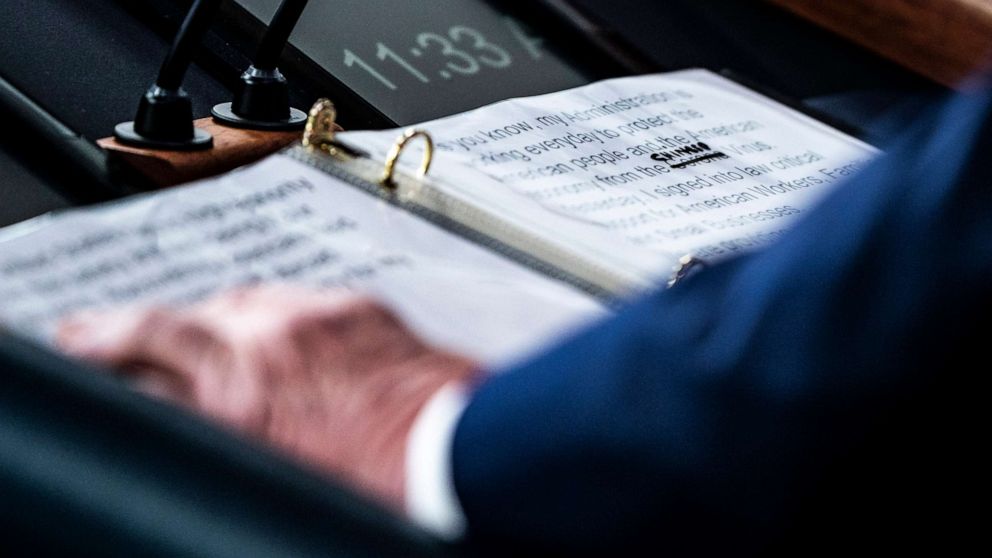 Washington Post via Getty Images
A close up of President Donald Trump's notes shows where the word corona in "Corona Virus" was crossed out and replaced with "Chinese" as he appears with his coronavirus task force during a briefing at the White House on March 19, 2020, in Washington.

By labeling it as such, the president is indirectly assigning blame to one group of people, Au said.

"What if the tables were turned?" Au asked. "What if we called this the "Donald Trump virus"? You’d be offended, so why do it to others?"

Calling for unity, Ma said, "We have to get a little angrier, we have to be a little louder, we have to participate in this society, because we are Americans and we are part of this society and in order to do that we need to be more vocal."