Backstreet Boys singer Nick Carter, 42, was sued Thursday, with a woman accusing him of rape and sexual abuse.

Carter was over 21 at the time of the alleged incident, while plaintiff Shannon Ruth says she was a minor at the time. The lawsuit alleges he also sexually assaulted three other unnamed victims, including one minor. They are not plaintiffs in the suit.

Michael Holtz, an attorney for Carter, called the allegations "meritless" in a statement late Thursday.

"This claim about an incident that supposedly took place more than 20 years ago is not only legally meritless but also entirely untrue," the statement said. "Unfortunately, for several years now, Ms. Ruth has been manipulated into making false allegations about Nick – and those allegations have changed repeatedly and materially over time. No one should be fooled by a press stunt orchestrated by an opportunistic lawyer – there is nothing to this claim whatsoever, which we have no doubt the courts will quickly realize."

Ruth spoke about the lawsuit at a press conference alongside her attorney, Mark Boskovich, at The Beverly Hilton Hotel in Beverly Hills, California. Ruth said she was sexually assaulted by Carter in 2001 meeting him at a Backstreet Boys concert in Tacoma, Washington.

ABC News does not usually identify the victims of sexual assault, but Ruth has given permission to media outlets to use her name.

"In the last 21 years I've been filled with pain, confusion, frustration, shame and self-harm that are a direct result of Nick Carter raping me," Ruth, who was 17 at the time of the alleged sexual assault and rape and is now 39, said at the press conference.

Ruth, who says she is on the autism spectrum and has a mild case of cerebral palsy, said "nothing" has affected her more in life than what Carter allegedly did and said to her.

"After my assault, I started cutting myself. I felt like I had nowhere to turn," she said. "No way to express my emotions, pain and confusion, except by hurting myself."

Boskovich summarized the allegations of the complaint, saying Ruth allegedly met Carter in the autograph line and he invited her back to his tour bus, where he gave her a drink he called "VIP juice." After this, Carter allegedly forced Ruth to perform oral sex on him in the bus' bathroom and later took her to the bus' bed, where he raped her. Ruth cried during the alleged ordeal and pleaded for Carter to stop on multiple occasions, Boskovich said. 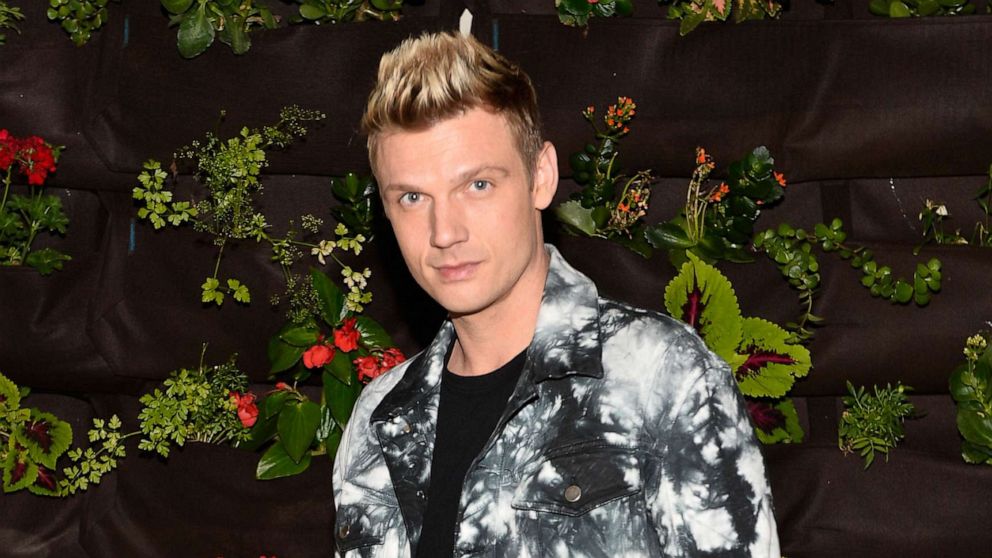 Boskovich said Carter allegedly called Ruth a "little b----" when she threatened to speak about him sexually assaulting her and said no one would believe her.

"He was nasty and threatening, saying I would go to jail if I told," Ruth claimed. "He also said he would turn people against me because he was Nick Carter and he had the power to wreck my life."

Ruth said her motivation for coming forward and filing the lawsuit was "to stop Nick Carter from assaulting more teens and women."

"I know now that I wasn't the only woman that Nick Carter did this to," she said. "I hope that by coming forward today, many other women will find the courage to also come forward and hold Nick Carter accountable."

MORE: Backstreet Boys pay tribute to Aaron Carter at London concert: 'We lost one of our family members'

"I want my sister survivors to understand that even though it's scary to come forward, now is the time for us to stand together. So please come forward and stand with me. You're not alone," Ruth continued. "Just because Nick Carter is a celebrity does not mean that he's excused from his crimes. No celebrity is above the law. Carter took away my childhood and innocence. But he cannot and will not take away my strength or my truth."

She added, "I am a survivor and always will be."

The lawsuit, obtained by ABC News, includes Ruth's claims as well as allegations about three other unnamed girls, one who was allegedly only 15, between 2003 and 2006. Boskovich said the women's stories are "remarkably similar." The complaint alleges that each victim was sexually assaulted by Carter and alleges that some contracted human papillomavirus as a result.

Boskovich said the civil lawsuit is seeking monetary damages to punish Carter and compensate for Ruth's harm, pain and suffering.