By Lesley Hauler, Brittany Berkowitz
Share —
Sign up for our newsletters to get GMA delivered to your inbox every morning!

If there's one thing we can learn from Niecy Nash, it's that anything and everything is possible.

Nash is known for being a queen of comedy with standout roles on "Scream Queens," "Reno 911!" and, most recently, TNT's new crime comedy, "Claws."

"People often say, 'Do you like drama or do you like comedy best?'" Niecy told "GMA." "I always answer that question the same ... I like work." 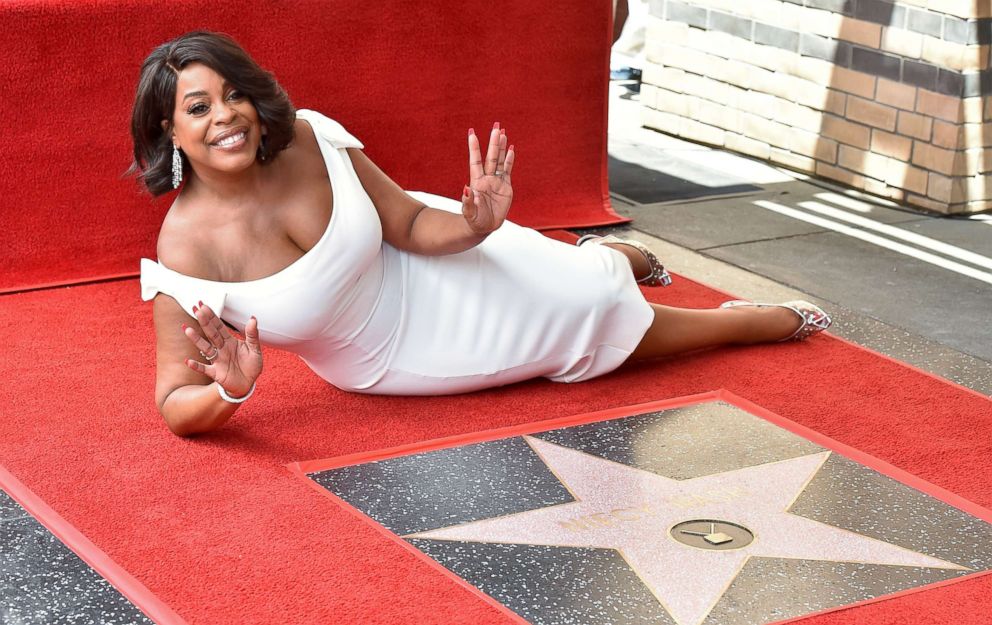 Axelle/Bauer-Griffin/FilmMagic/Getty Images
Actress Niecy Nash is honored with star on the Hollywood Walk of Fame on July 11, 2018 in Hollywood, Calif.

We're doing things on this show that have typically been reserved for men.

On "Claws," Nash plays Desna, a nail salon owner whose business serves as a front for her drug-smuggling operation.

"I love the fact that the majority of the women on this show are on the south side of 40. We play characters that are flawed and full and funny. We lead the charge in that way, and we're doing things on this show that have typically been reserved for men," Nash said. "Ms. Desna, Season 1, she was trying to get out of the Dixie Mafia. Season 2, she's leaning all the way in."

While Nash's onscreen roles are nothing short of fierce, IRL, the 48-year-old is just as bold. "GMA" wanted to see where Nash's innate confidence came from.

We decided to take Nash down memory lane with some fabulous photos that we dug up from her past. From prom to earning her star on the Hollywood Walk Of Fame, this is what advice Nash would serve up to her younger self.

1. Not everyone is going to like you and that's OK. 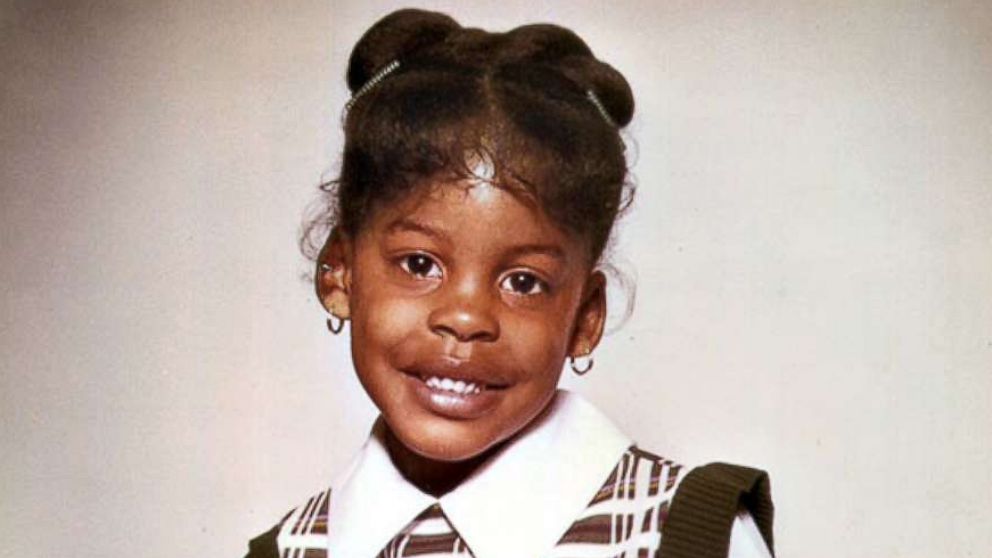 Niecy Nash
Niecy Nash is pictured at age 7, on her first day of school.

"Aww. Look at that baby. I'm glad I have better fashion sense now!" said Nash, looking at a photo of her 7-year-old self.

Nash said even at that age, she had the "gift of gab" and her big personality would often get her in trouble.

"Probably at that age, I would say, 'Not everyone is going to like you, and that's OK.' I probably would've told myself that yesterday too!"

2. Don't take everything so seriously. 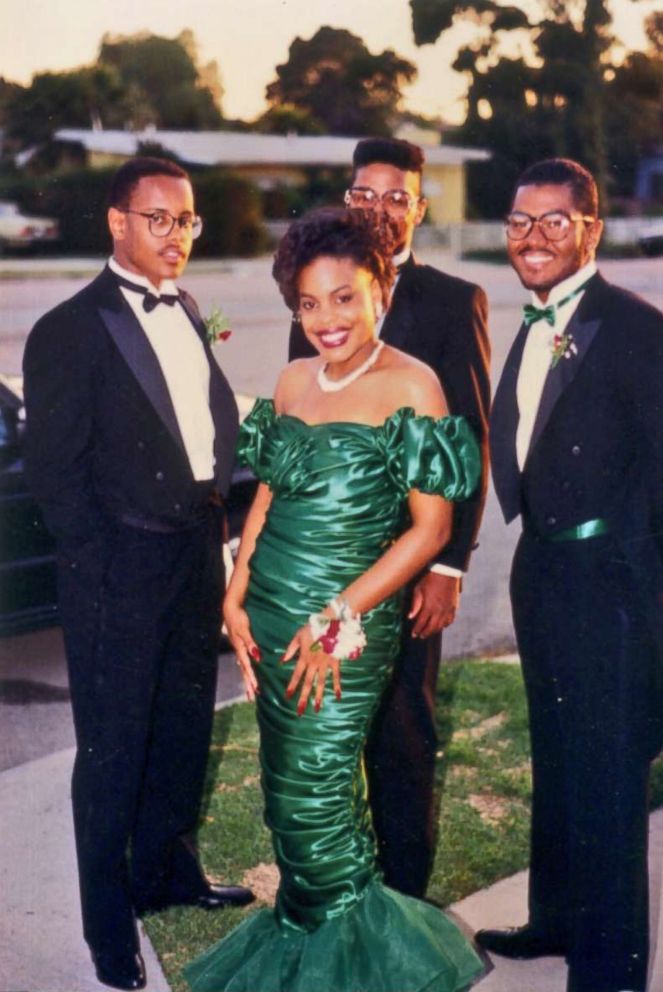 Niecy Nash
Niecy Nash is pictured at her at prom in this undated photo.

Some people work to get one prom date, but Nash had three.

"In this photo here, I was 17 and took three boys to the prom!" she laughed.

Although Nash broke up with her high school sweetheart (pictured in the green bow tie) before prom, they still went to the big dance together.

"I remember my car broke down on the freeway," Nash remembered of her prom night. "I mean, it was a tire. C'mon guys. You know when you're a young girl, you're so dramatic." 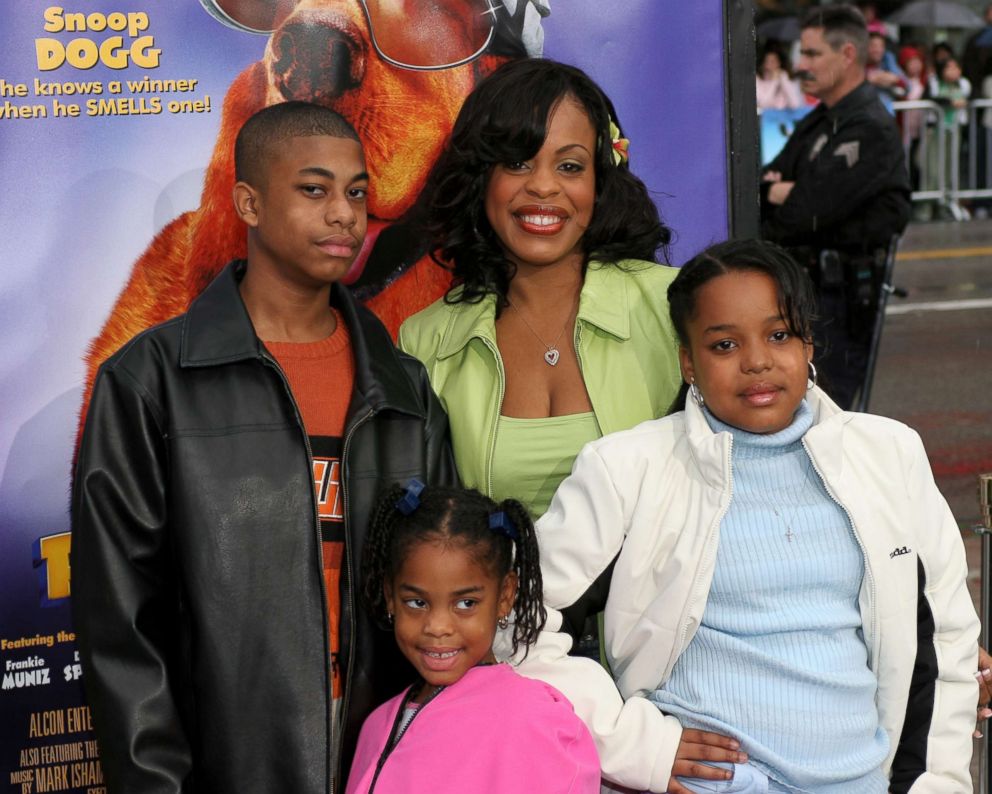 Mike Fanous/Gamma-Rapho via Getty Images
Niecy Nash and her family appear at the Los Angeles premiere of the film, "Racing Stripes" at Grauman's Chinese Theatre in Hollwood, Calif., Jan. 8, 2005.

As a young mother and working actress, Nash said she would often bring her children to her auditions.

"I would pack them all up, take them down to the audition, and I would just find a little corner and make it look like a preschool," she explained.

Nash said during that time in her life, there were three words that she lived by: No matter what.

"Those are the magic three words. I didn’t care what the obstacle was in my life. I knew what I wanted to do, and I was going to make that happen no matter what. I still live by that."

4. Fake it 'til you make it and trust your gift. 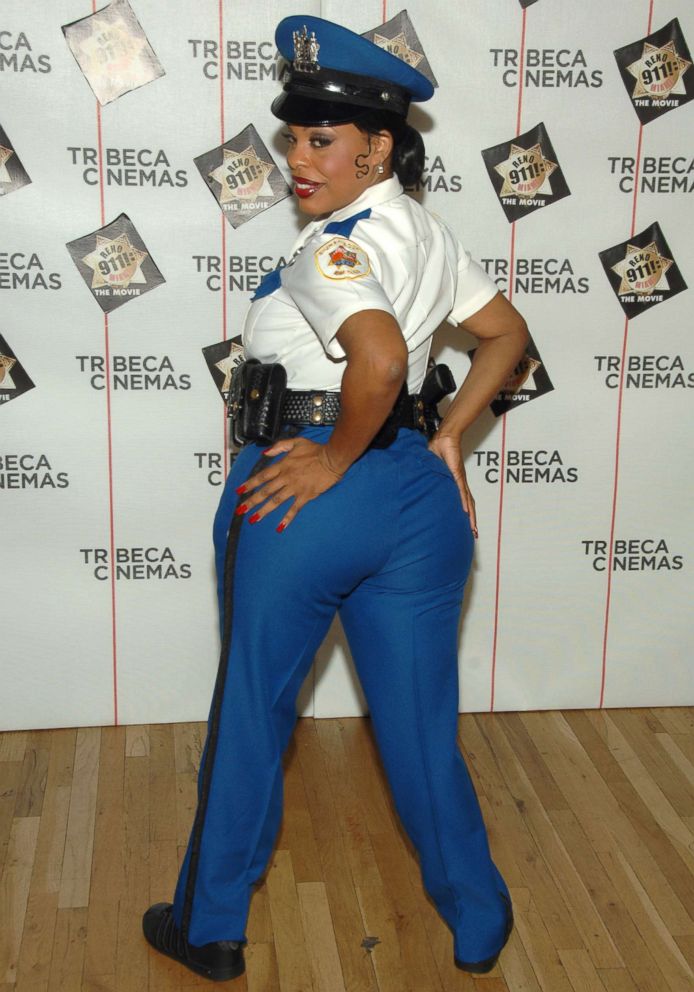 "Raineesha Williams -- you've got to love her," said Nash of her "Reno 911!" character. "This is a character I got to create. This particular booty type was what all the women in my family looked like and I was paying homage to them."

When Nash was cast on the series, she had never done sketch comedy before.

"What I told myself at this point in my life was, 'Fake it 'til you make it.'" 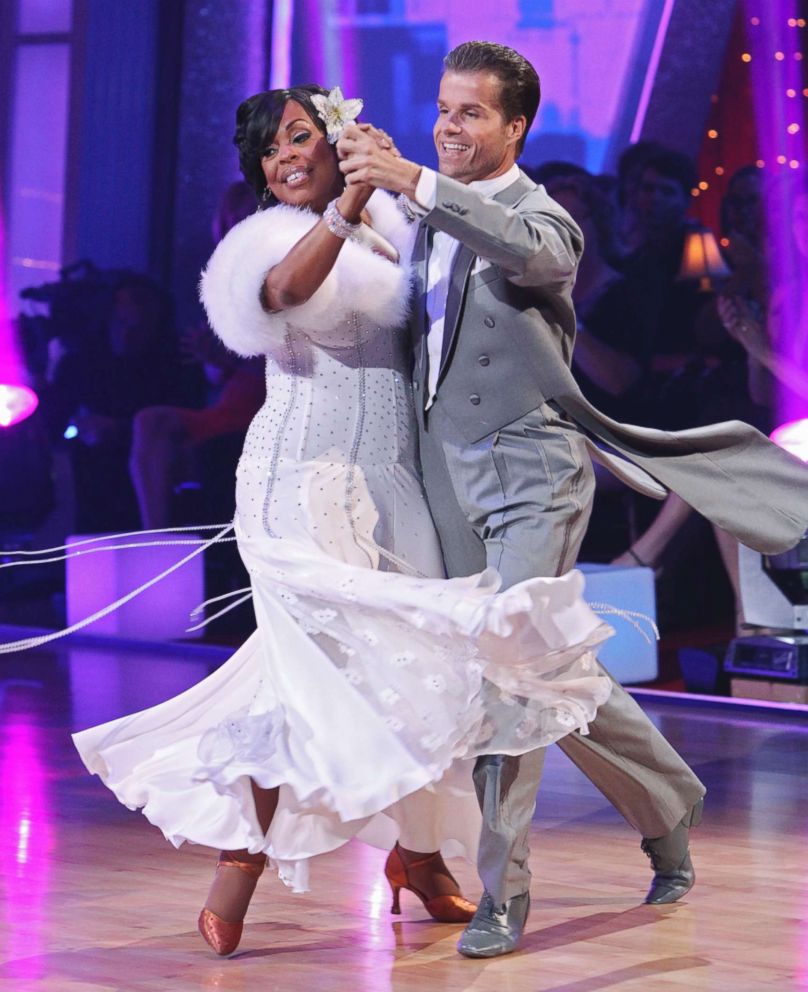 Adam Larkey/ABC via Getty Images
Niecy Nash dances with Louis Van Amstel on ABC's "Dancing with the Stars," May 3, 2010.

Nash said it wasn't until she was 40 that someone suggested a role on "Dancing With the Stars" to her. She competed on the ABC show in 2010.

"I loved everything about it. Everything. My partner Louis Van Amstel, my mother sitting there in the audience crying every week," she said.

6. Your dream is worth the journey.

Axelle/Bauer-Griffin/FilmMagic/Getty Images
Actress Niecy Nash is honored with star on the Hollywood Walk of Fame on July 11, 2018 in Hollywood, Calif.

Nash was honored this year with her own star on the Hollywood Walk of Fame, which she described as a "full-circle moment."

"I was a little girl -- maybe 8 or 9 -- and I was on Hollywood Boulevard with my dad and I saw an actor I had recognized," she said.

The actor was Ed Asner, she said.

Forty years later, Nash was honored with her own star and received a letter that made her very emotional.

"It said, 'I'm so happy you didn't let a crotchety old man stand in front of your dream and of course I know your name,'" she said.

The letter was from Asner.

"I wept like a baby. I invited him to my star ceremony so it was such a full-circle moment that he showed up."

7. Women are just as badass as men. 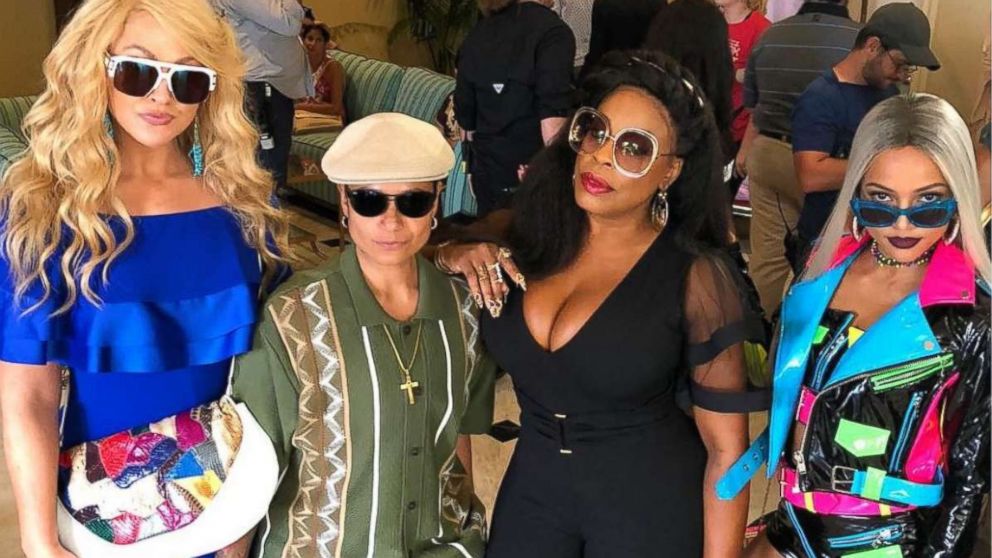 Niecy Nash
Niecy Nash and the cast of TNT's "Claws."

Nash was all smiles when "GMA" showed her a picture of the ladies of "Claws."

"We're doing things on this show that have typically been reserved for men. These women are just as badass," Nash said.

The show isn't just changing the game for women, it's also helping Nash refocus her career.

"I love being a hybrid, but it took a long time because the industry very much said: 'You do comedy.'"

Nash said she has wanted to show off her drama chops for a while and with "Claws," she's making that dream a reality.

"When it finally came, was it worth the wait? Heck yeah!"