By Hayley FitzPatrick
Video by Nidhi Singh
Share —
Sign up for our newsletters to get GMA delivered to your inbox every morning!

Olivia Newton-John continually uses her platform to advocate for cancer research and now she is taking it a step further with the launch of her new foundation.

The four-time Grammy Award-winning singer and actress, who is currently battling breast cancer for the third time, launched the Olivia Newton-John Foundation this month to fund research for treatments and therapies to cure cancer.

The star was first diagnosed with breast cancer in 1992 and again in 2013. She revealed in 2018 that the disease returned and metastasized to her spine.

In a recent interview with "Good Morning America," the actress, 72, revealed she is "feeling really good" and spoke about what led her to launch this new charity.

"I feel really positive and very excited about bringing this foundation and a lot of knowledge to people, and funding research to find out lots of answers -- to find kinder treatments for cancer," she shared.

"The inspiration has been a long one because I've been on this cancer journey for 28 years," she added. "I'm a thriver of three times going through this process."

Having gone through surgery, chemotherapy and radiation, she said she now is interested in funding treatments that aren’t as taxing to the body. "I've always thought, 'Gosh, wouldn't it be wonderful if we could create kinder therapies that help boost the body's immune system instead of knocking us down?'" she said. 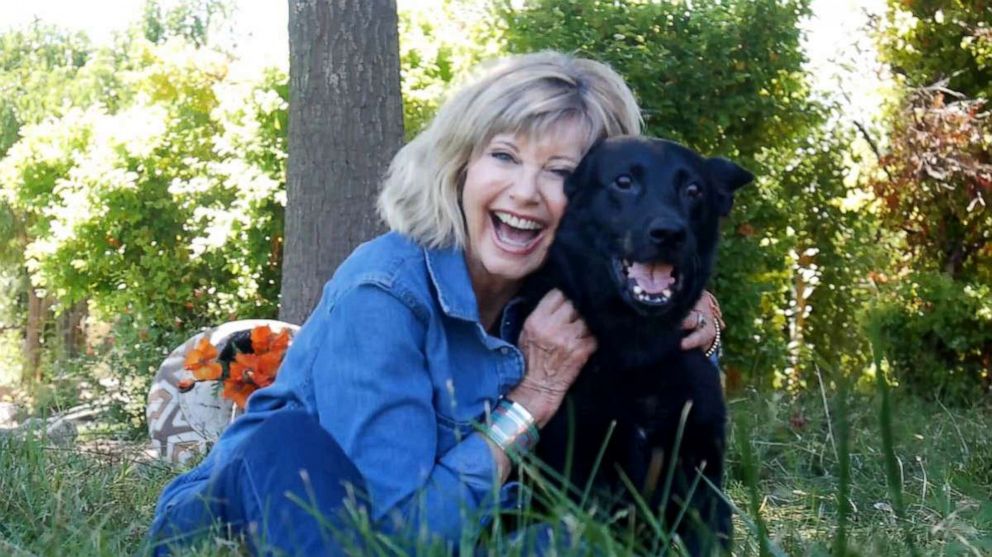 ONJ Foundation
Olivia Newton-John is photographed at her California home.

Newton-John is an outspoken advocate for plant medicine and says that’s largely due to the influence of her husband, John Easterling. She affectionately calls him "Amazon John" because he spent several years in the Amazon rain forest learning about this type of medicine.

"I'm very lucky that I have him in my corner, and teaching me about the plants and the herbs," she said. "He grows cannabis for me and I take tinctures that have helped me greatly."

Ongoing efforts are being made to research what role cannabis may play in the future. "While some like Newton-John find relief of cancer-related pain and nausea from cannabis, it has not clinically proven to be the best choice," according to health expert Dr. Imran Ali, a contributor to the ABC News Medical Unit.

Newton-John says she believes there is a significant lack of progress in research for these treatments.

"There are lots of ideas on how we can help people with cancer and treat cancer, but there's been no real science behind the studies," she explained. "So the idea is to raise money to fund the research on the other kinds of things that are kinder, including a lot of plant medicine."

Newton-John is dedicating the foundation to all forms of cancer treatments -- not just breast cancer research -- because she dreams of one day "realizing a world beyond cancer."

"That's everything that drives me forward," she said. "To think that we could help people to live in a world where cancer was just something that you treated like diabetes, or asthma, or the flu, or you know, something that you could live well with, which I'm doing. And I hope to continue to do that for a long time."

She hopes to find ways to "support the body, mind and spirit of people going through cancer" through her new charity.

One of the first efforts she is doing to raise money for the ONJ Foundation is her upcoming auction with Julien’s Auctions on Nov. 30. More than 300 items, including artwork, memorabilia and more, are up for sale. The proceeds from the auction will be donated to her foundation.

Amid the COVID-19 pandemic, Newton-John has been quarantined in her California home with her husband, and she said she is mainly focused on her health and positivity in her life.

"I think being at home so much, which has been wonderful for me because it's a novelty because I've been on the road most of my life it seems ... and to wake up every day and to hear the birds and see the sunshine in the trees," she shared on what she values. "I'm so grateful for every day." 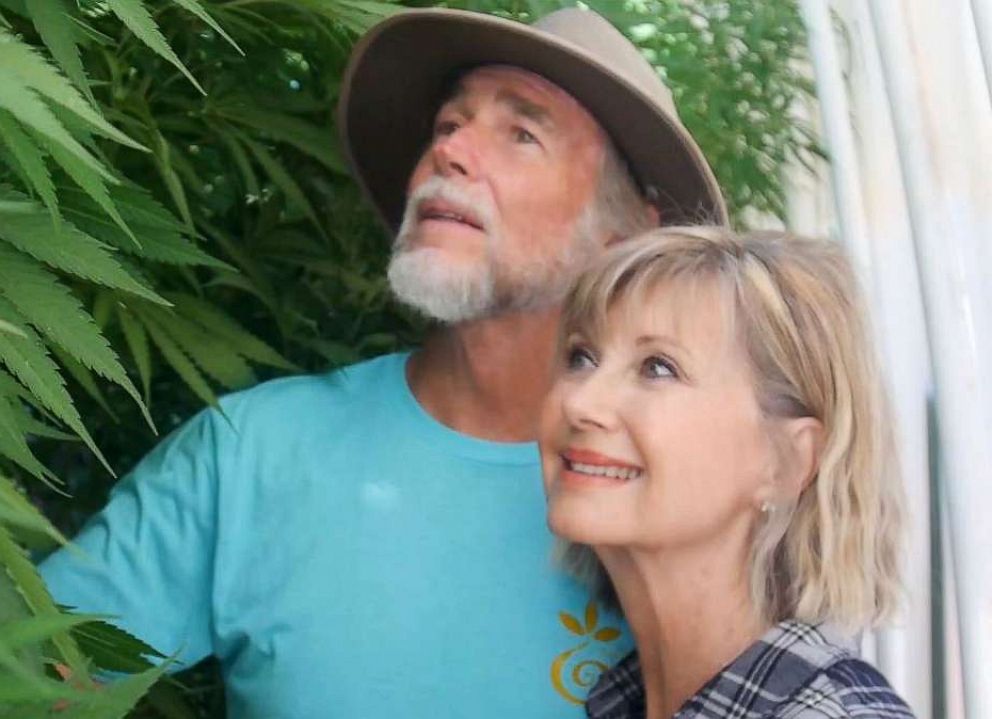 ONJ Foundation
Olivia Newton-John is photographed with her husband John Easterling in their cannabis greenhouse at their California home.

Although the pandemic has largely affected the way many treat and prioritize their health, Newton-John says this is just the way of life for cancer patients.

"Because of this pandemic people have become extremely conscious of their health and how important it is to help boost their immune systems, how to eat properly, and how to protect each other and themselves," she said. "And people with cancer have been going through that, always, and they'll be doing that long after the pandemic is over."

"It's a good time to kind of reinforce the idea that, 'Yes, we're all going through something, but cancer patients have been dealing with this forever, sadly, and going forward, let's help them.’"

MORE: Shannen Doherty speaks out on her battle with stage 4 breast cancer: 'I've got a lot of life in me'

Her message to women fighting breast cancer? Prioritize putting yourself first and remember "your mind is such an important part of your healing."

"The first time I had breast cancer was in 1992 and I'm still here," she said. "The treatments weren’t as good then as they are now, and there's a lot of information you can get online on how to support yourself and how to think well." 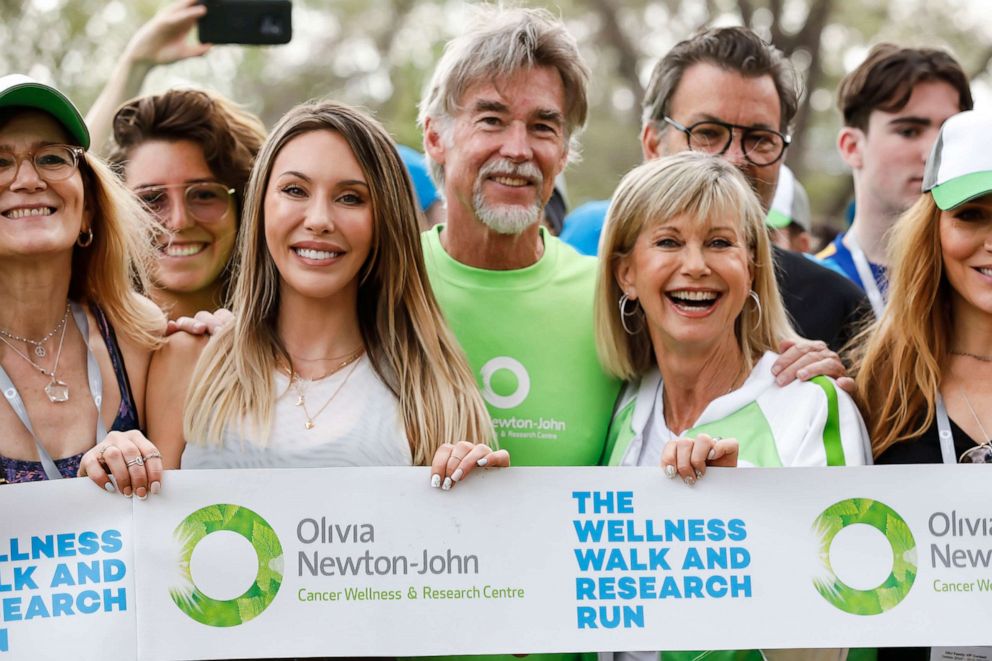 She urged those fighting cancer to take care of their mental health and surround themselves with good energy.

"We're not just a body going through cancer -- we're a whole human with the mind, body, spirit and soul," she said. "And we need to try and think positive thoughts. We need to surround ourselves with people who are going to give us positivity back. It really helps."

The actress implored survivors to "do something for yourself every day that you love."

She also recommended finding a person in your life to answer questions from those seeking information on your health -- so you can instead put your energy into "doing something that you love doing for yourself."