Billie Eilish and Finneas are headed to the Oscars!

The Grammy-winning, songwriting sibling duo known for their hit songs such as “Happier Than Ever” and “Bad Guy” are nominated for their first Academy Award for their song “No Time To Die” from the latest 007 film. 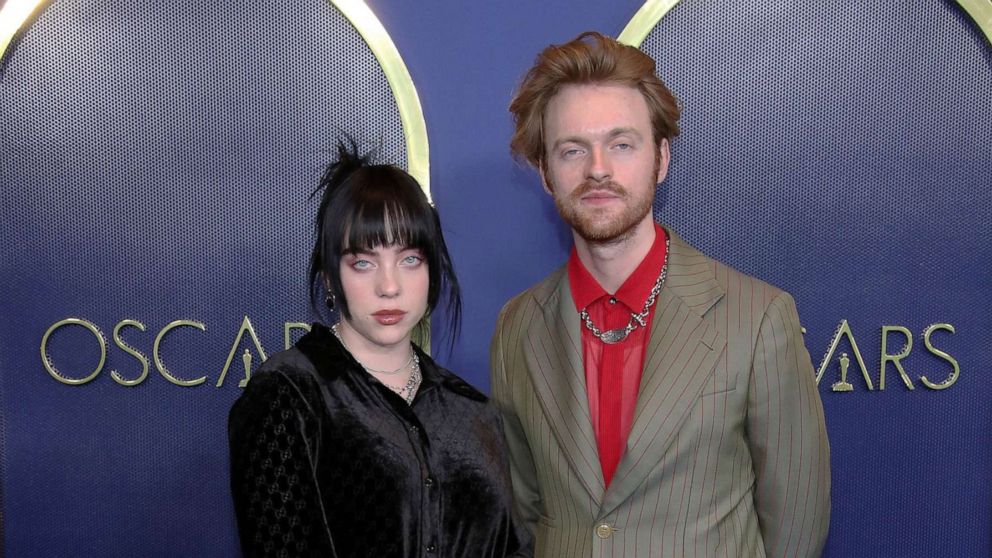 Dan MacMedan-USA TODAY
Billie Eilish, nominated with her brother Finneas for the James Bond theme 'No Time To Die,' arrive at the 94th Oscars Nominees Luncheon on March 7, 2022, at Fairmont Century Plaza in Los Angeles.

“We were certain we’d never be nominated for an Oscar,” Finneas told “Good Morning America” at the Oscars Luncheon on Monday. “Our dreams were so small.”

The singers, who spoke with “Good Morning America’s” Chris Connelly, released “No Time To Die” in 2020 -- the same year they performed “Yesterday” at the Academy Awards for the “In Memoriam” tribute. Eilish said it was a moment she will always remember.

“When I did the 'In Memoriam' piece, I was looking out into, like Leonardo DiCaprio. I mean, that’s all I have to say,” she said. “Just seeing faces that I have seen my entire life looking at me -- yeah, it was very scary and cool and unbelievable.”

The duo said that being nominated for an Academy Award is an honor because it was always a big event in their household when they were growing up.

“The Oscars was like a family event at our house,” Eilish said. “We would have friends over every year, and you get dressed and eat food. And it’s so weird to think that that’s what this is.”