Royal stars joined movie stars Tuesday night on the red carpet of the world premiere of the latest James Bond movie, "No Time to Die."

Prince William and Kate, the Duke and Duchess of Cambridge, joined William's father, Prince Charles, and his wife, Camilla, the Duchess of Cornwall, for a night out at the premiere.

The royal foursome walked the red carpet at London’s Royal Albert Hall, where they watched a special screening of the movie, the 25th in the James Bond series and the last that will see Daniel Craig starring as Bond.

The royals were joined at the screening by health care workers and members of the Armed Forces, who were invited in appreciation for their service during the pandemic.

Before watching the film, William, Kate, Charles and Camilla met with the stars of the movie -- including Craig, Rami Malek, Léa Seydoux and Lashana Lynch -- as well as the movie's screenwriters and members of the crew, according to Clarence House. 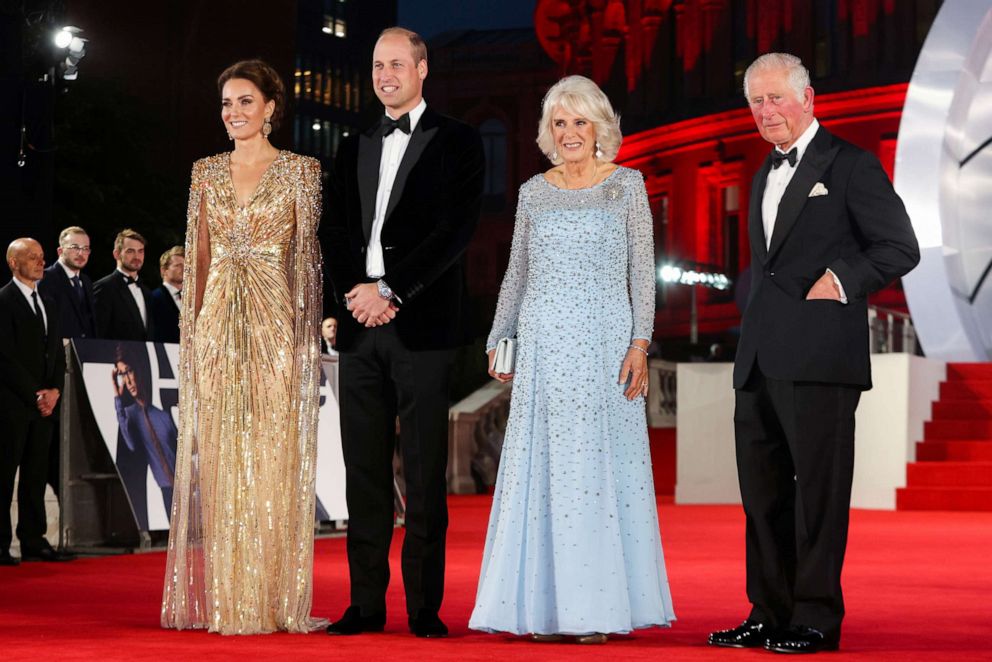 The royals were also scheduled to meet with Billie Eilish and Finneas O'Connell, who perform the movie's theme song.

The night out was a rare joint appearance for William, Kate, Charles and Camilla. The last time the two couples attended an engagement together was February 2020, when they visited a veterans' rehabilitation center together in Northern England. 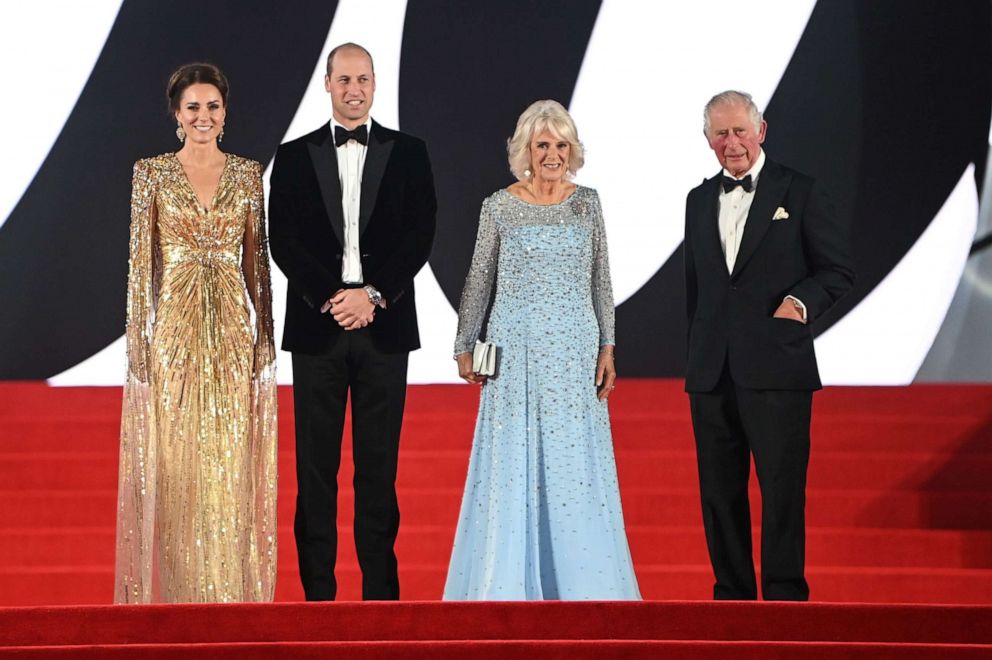 Neil Hall/EPA via Shutterstock
Catherine, Duchess of Cambridge; Prince William, Duke of Cambridge; Camilla, Duchess of Cornwall; and Charles, Prince of Wales arrive for the world premiere of the new James Bond film 'No Time To Die' at the Royal Albert Hall in London Sept. 28, 2021.

The royals though are no strangers to the Bond movie franchise.

In 2015, William, president of the British Academy of Film and Television Arts (BAFTA), and Kate were joined by William's brother, Prince Harry, at the premiere of "Spectre," which also featured Craig as Bond. 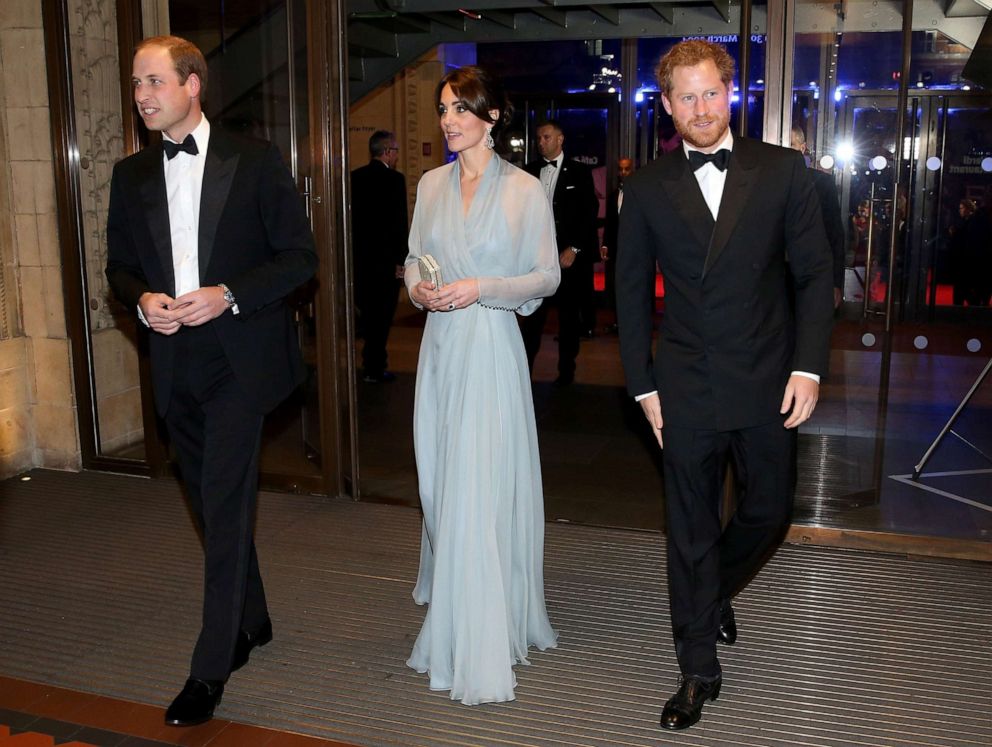 Three years earlier, in 2012, Charles, patron of the British Film Institute, and Camilla attended the premiere of "Skyfall."

MORE: Prince William, Kate go land yachting as they return to university where they fell in love

Also in 2012, at the Opening Ceremony of the London Olympics, Queen Elizabeth, famously played herself alongside Craig, welcoming James Bond into her private sitting room and later “jumping” out of a helicopter, to the world's surprise.

On this day HM Queen Elizabeth II did this. 😱 #London2012 @RoyalFamilyhttps://t.co/BEV5hweKtK

A few years earlier, in 2008, William and Harry attended the premiere of Craig's second James Bond film, “Quantum of Solace."