Prince William and Kate, the Duke and Duchess of Cambridge, took a trip down memory lane Wednesday, visiting the university in Scotland where they met.

The parents of three, who recently celebrated their 10th wedding anniversary, also embarked on an adventure, racing against each other in land yachting.

William and Kate, known for their competitiveness, took off on the land yachts on the famous West Sands beach at St. Andrews.

The helmet-clad couple was joined by caregivers who took part in the sport through Fife Young Carers, an organization that helps local caregivers "maintain their physical and mental wellbeing through a range of outdoor activities, workshops and residential trips," according to Kensington Palace. 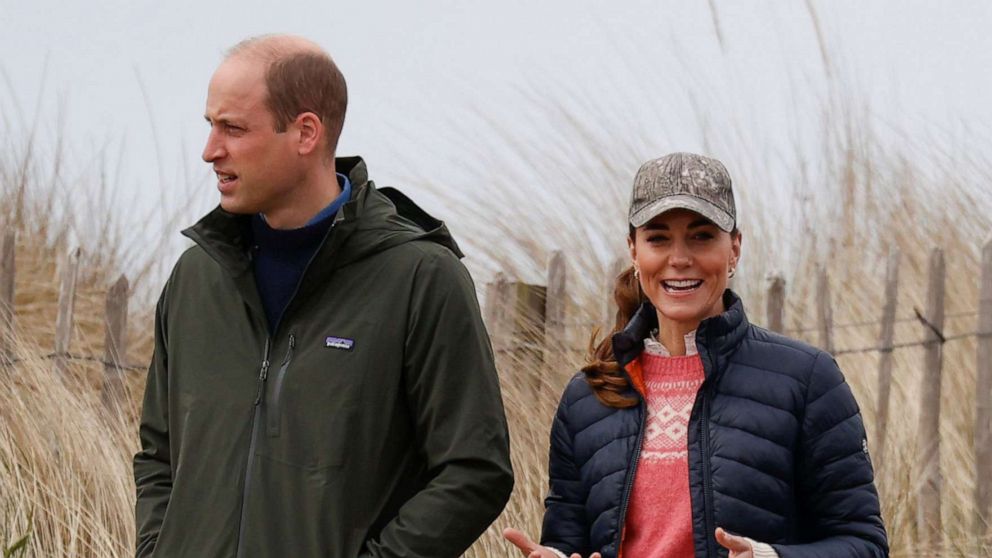 Phil Noble/Pool/Shutterstock
Prince William and Catherine, Duchess of Cambridge walk at the beach at St Andrews, Scotland, May 26, 2021.

In addition to racing alongside them, William and Kate spoke with the caregivers about the difficulties they have faced during the coronavirus pandemic, according to the palace.

Fife Young Carers’ hugely impactful work sees them offer young carers some respite from their caring role, and the opportunity to have fun spending time with people of their own age.

Thank you to Blown Away for hosting today’s fun session in St Andrews! pic.twitter.com/pp4eHqafvF

After the land yachting, William and Kate, who are on a week-long tour of Scotland, visited St. Andrews University, where they first met and fell in love as students 20 years ago.

Their return to the university saw the Cambridges talking with students about how they have coped during the past year-and-a-half of the pandemic, joining an interfaith discussion on support during the pandemic and learning about an initiative to help students' mental health.

William and Kate also planted the first tree for the St. Andrews Forest, which is designed to help the university become carbon neutral by 2035, according to Kensington Palace. 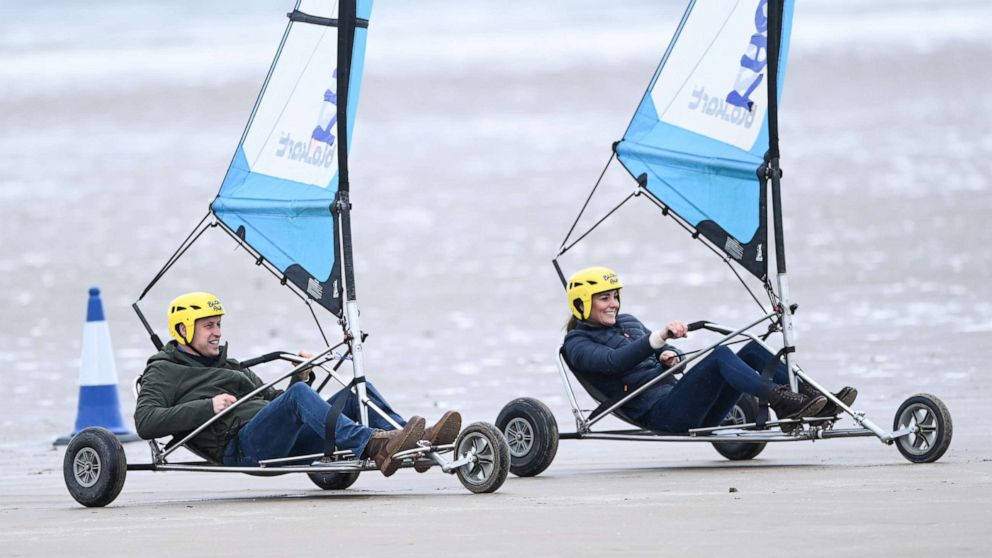 During their days as students at St. Andrews in the early 2000s, William and Kate started out as friends and later became roommates.

They both studied art history and geography and shared a farm house with several friends.

It was great to return to @univofstandrews to see fantastic projects that support the physical and mental health of young people. pic.twitter.com/FU6Uxr5cta

Jules Knight, a classmate of the couple, shared memories of the two in a BBC America special that aired after their engagement in 2010. He said William seemed smitten with Kate from the beginning.

"I think he, he just took a shine to her, really," Knight said. They "spent a lot of time together and were very good friends for a long time, and I think that blossomed into something more."

Brian Lang, former principal at St. Andrews University, told ABC News in 2010 that the Cambridges' love story unfolded in front of an intimate audience of classmates and friends.

"We gave them four years of normal life, four years in which they could get to know one another free of the intrusion, glare, publicity," he said.