Prince William and Duchess Kate shared a very personal look into their family life as they celebrate their 10th wedding anniversary.

William and Kate, the Duke and Duchess of Cambridge, released a home video Thursday that shows them enjoying the outdoors with their three kids, Prince George, 7, Princess Charlotte, 5, and Prince Louis, 3.

"Thank you to everyone for the kind messages on our wedding anniversary. We are enormously grateful for the 10 years of support we have received in our lives as a family," the Cambridges posted on Instagram, signing their message with their initials, "W&C."

The video, filmed by London-based filmmaker Will Warr, shows William and Kate hiking with their kids at a beach, chasing them among trees and roasting marshmallows with them over a campfire.

1:00
The Duke and Duchess of Cambridge&rsquo;s royal love story is straight out of a fairytale.

The couple, who became the Duke and Duchess of Cambridge when they wed, also marked their 10th anniversary on April 29 by releasing two new portraits.

The photographs, taken by London-based photographer Chris Floyd, were taken at Kensington Palace this week.

It was just one decade ago that eyes of the world were fixed on Westminster Abbey, where William, the oldest son of Prince Charles and the late Princess Diana, wed Catherine Middleton, who grew up in Berkshire and met William at the University of St. Andrews in Scotland.

Now, 10 years later, William and Kate have established themselves as the next generation of the monarchy, with the weight of the future of monarchy on them today more than ever. 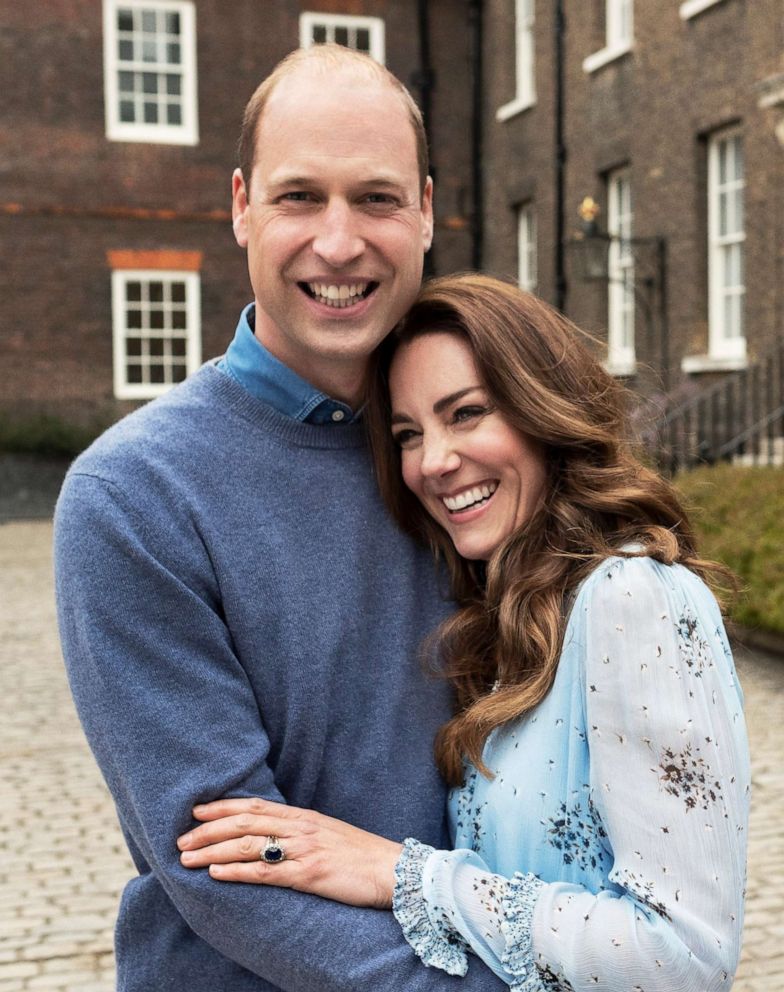 Chris Floyd
New images of Prince William and Kate Middleton were released by the Royal Kensington social media accounts ahead of The Duke and Duchess’ 10th wedding anniversary.

"I think the prospect of seeing King George, of having the royal family survive for at least two more generations, that really depends on if they're willing to change," Tiwa Adebayo, a London-based social commentator, said of the role William and Kate will play in determining the monarchy's future. "They definitely need to connect with the younger generation if they want to survive.”

The royal family this month gathered for the funeral of William's grandfather, Prince Philip, the family patriarch who attended thousands of royal engagements on his own and was by Queen Elizabeth's side through 73 years of marriage.

Queen Elizabeth celebrated her 95th birthday this month, a birthday that came as the royal family remains in turmoil after the departure of William's brother, Prince Harry, and his wife Duchess Meghan.

When Harry and Meghan stepped down last year from their roles as senior, working members of the royal family, William and Kate were left to pick up the pieces and become the solo faces of the future of the monarchy.

Philip's funeral was the first time in over a year that William and Kate had seen Harry in person. The brothers, who have been at odds for at least the past year, were seen speaking after Philip's funeral, though it was reported that the differences between Harry and his family were not discussed at length while Harry was in the United Kingdom for the funeral.

3:27
As Prince William and Kate Middleton celebrate their 10th wedding anniversary, “GMA” explores how the couple will modernize the monarchy for the future.

"I think Prince Harry and Meghan leaving the royal family has created kind of a dichotomy and put them both at odds with each other, these two couples," Adebayo said of William and Kate and Harry and Meghan, once known as the "royal fab four." "I think a lot of people see Meghan representing the kind of progressive modern side and William and Kate being kind of old-fashioned right now, and that's despite their relative youth."

"So I think if they want to regain their positions as the modernizing force in the royal family, they're going to have to prove it," she said.

There are others who remain dedicated fans of the Duke and Duchess of Cambridge, believing the monarchy to be safe in their hands.

In addition to raising their three children in the public eye, William and Kate have attended thousands of royal engagements since their wedding 10 years ago.

They have been the face of the monarchy in overseas trips, from India to the United States over the past decade.

The Cambridges have also taken on special causes that they will continue to advocate for as their influence in the monarchy continues to grow. Kate, for example, has taken on the issue of early childhood development and, as a photographer herself, been a staunch proponent for the arts.

William has continued his advocacy for environmental causes and, along with Kate, become a champion for destigmatizing mental health.

As they prepare for their next decades ahead, here is a look back at William and Kate's first 10 years of marriage, from their wedding day at Westminster Abbey to their pre-children days to their most recent royal engagement at a country farm. 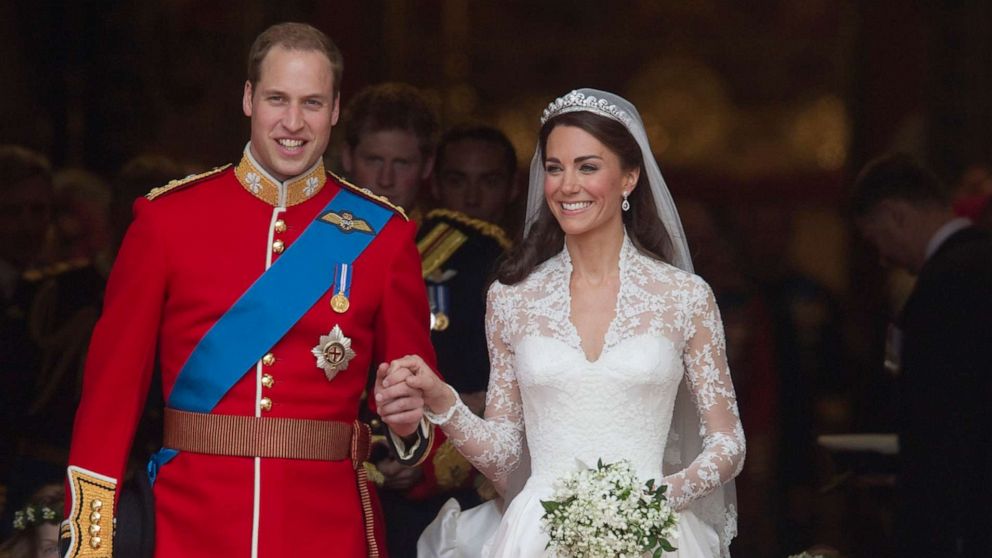 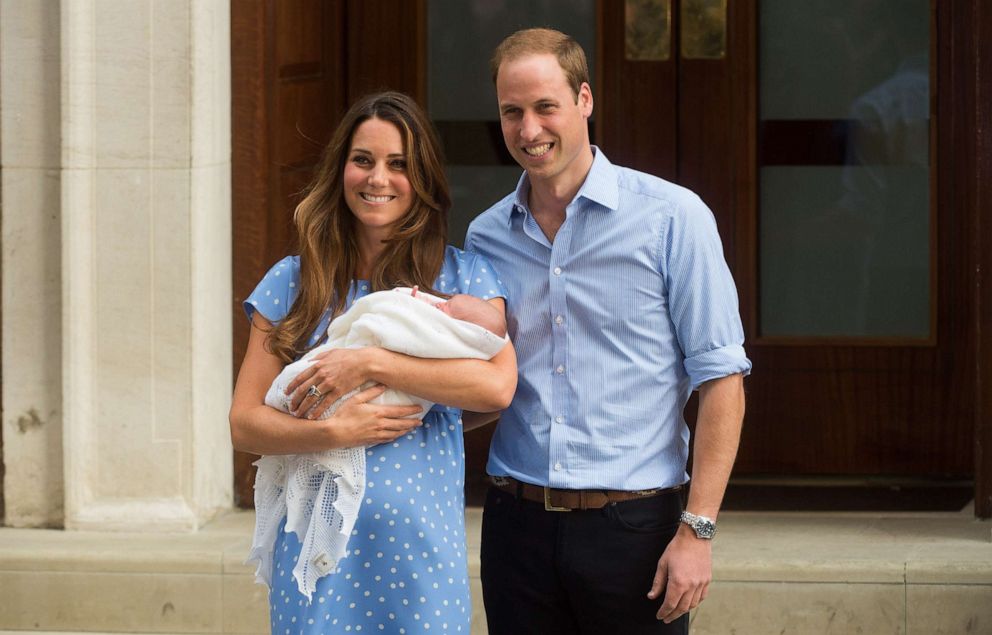 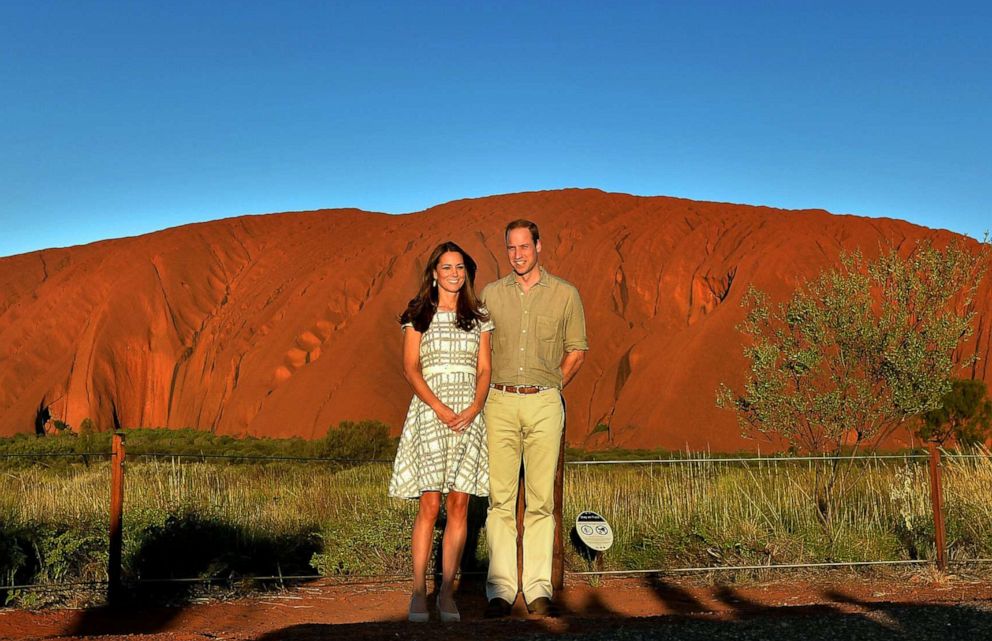 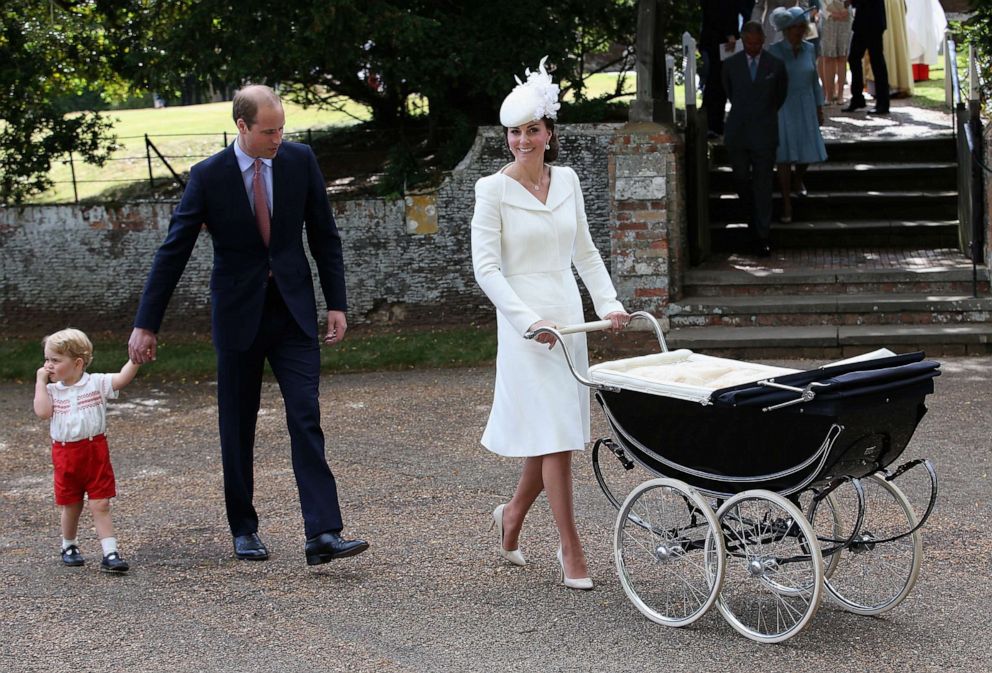 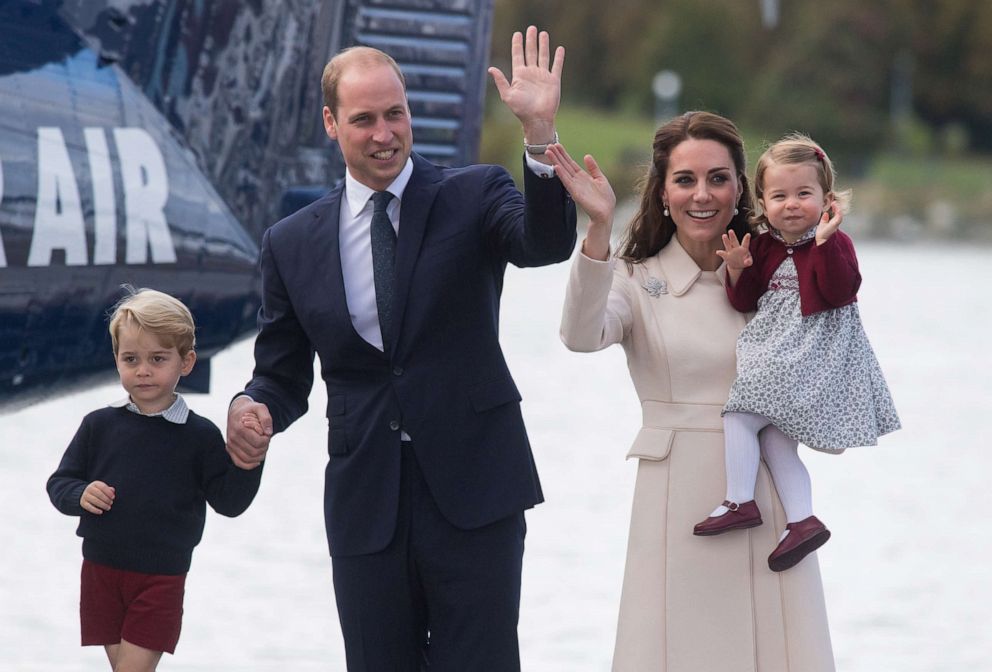 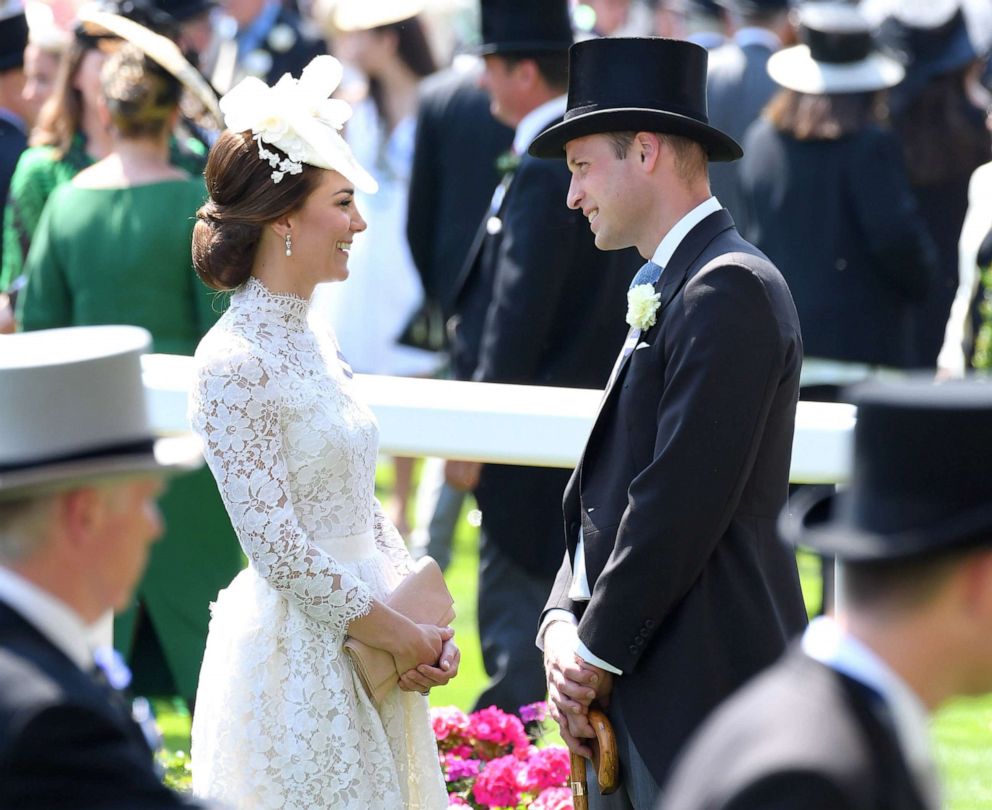 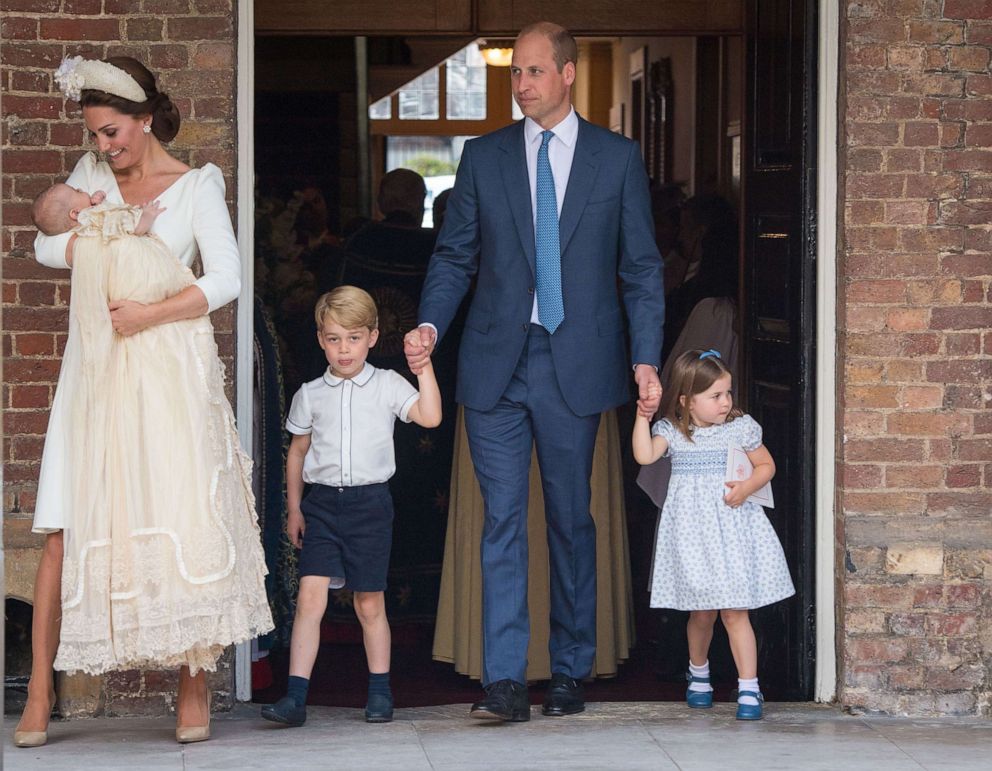 Dominic Lipinski/AFP via Getty Images, FILE
Princess Charlotte and Prince George hold hands with Prince William, Duke of Cambridge, as Prince Louis is carried by Catherine, Duchess of Cambridge after his christening service at the Chapel Royal, St James's Palace, London, on July 9, 2018. 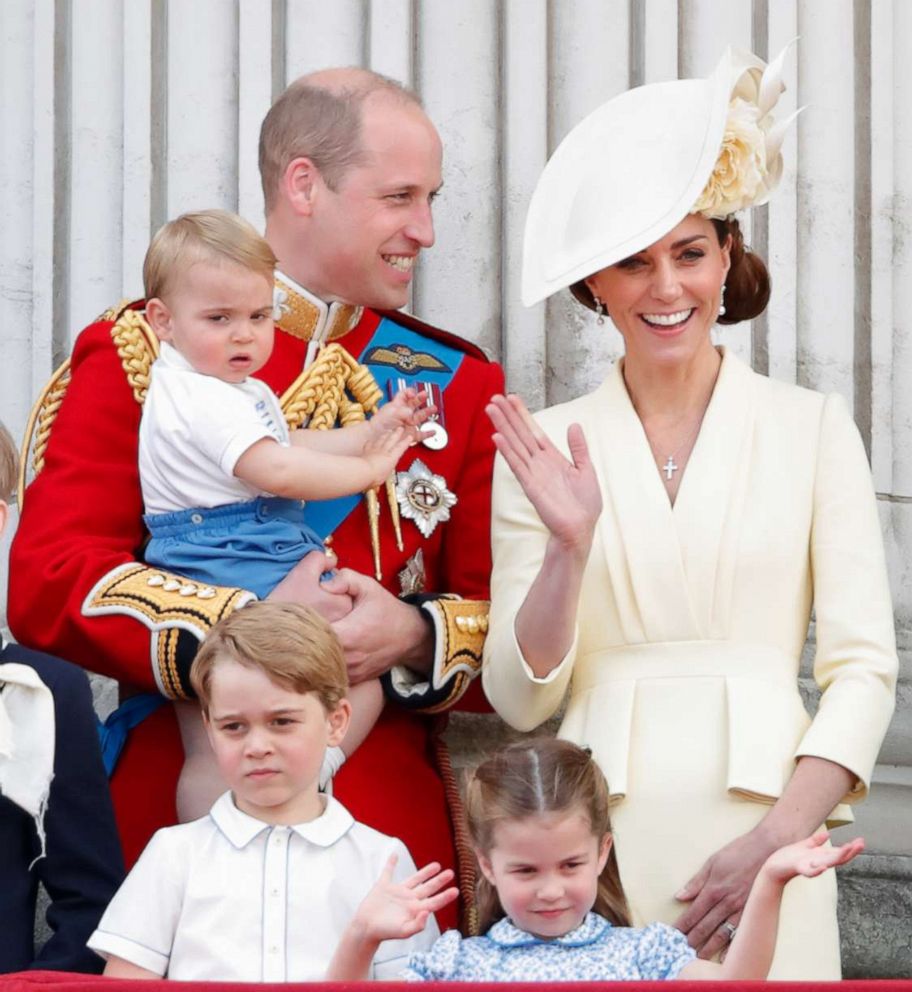 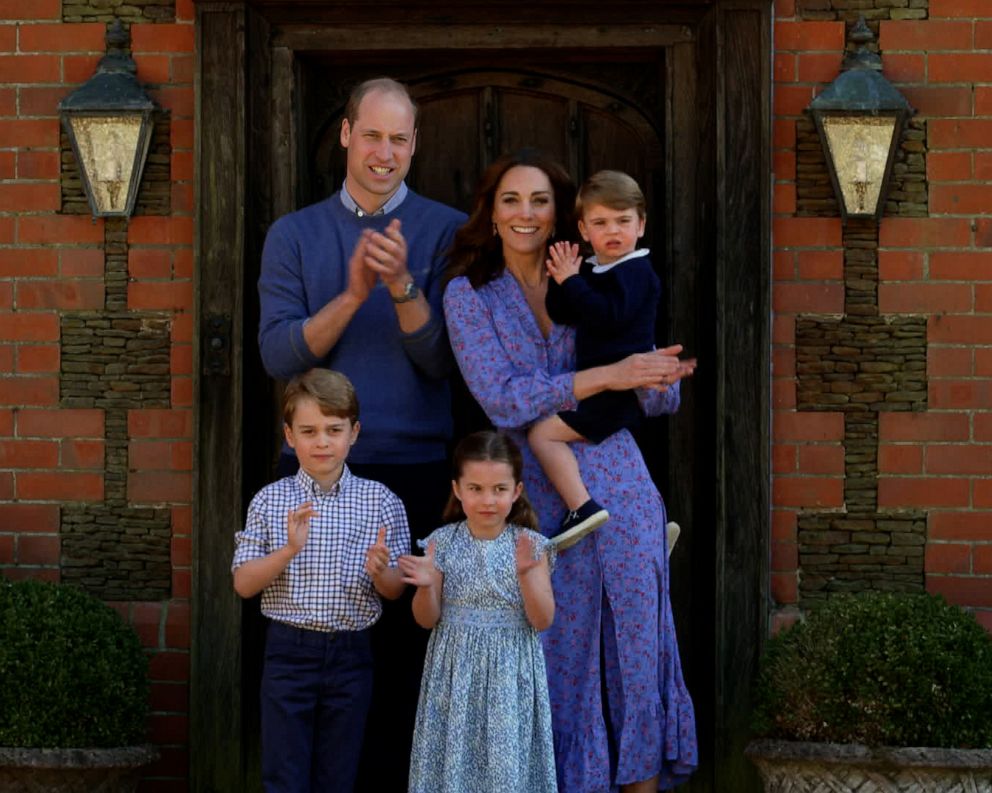 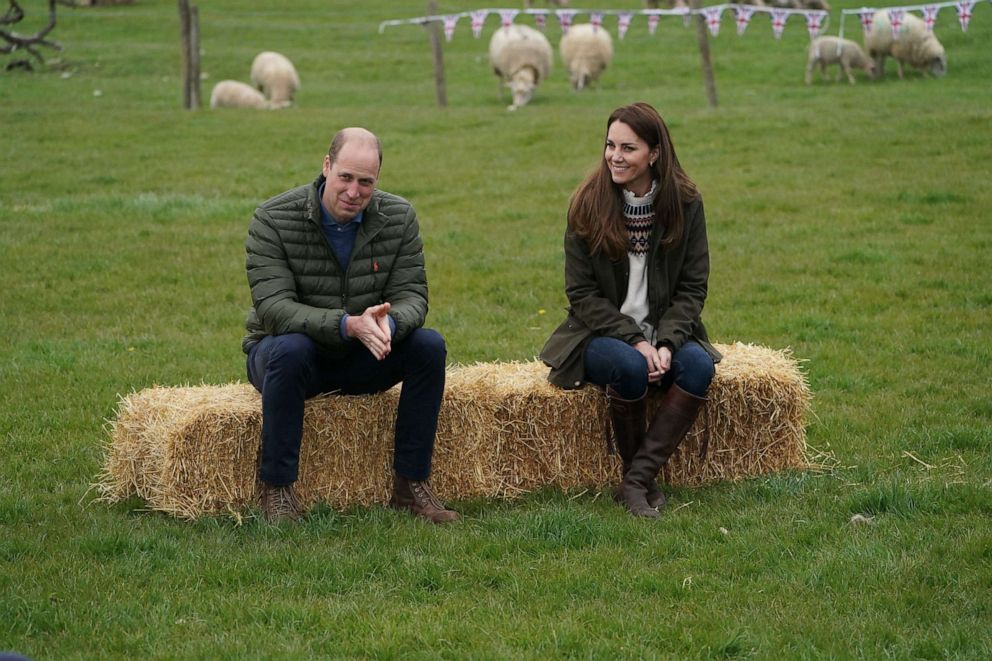 Owen Humphreys/Pool/AFP via Getty Images
Prince William, Duke of Cambridge, and Catherine, Duchess of Cambridge, react during a visit to Manor Farm in Little Stainton, near Durham, England, on April 27, 2021.