Duchess Kate opened up about feeling "isolated" as a new mom to Prince George while talking Wednesday with parents at a children's center in Wales.

"I was chatting to some of the mums, I had just had George and William was still working with search and rescue, so we came up here when George was a tiny, tiny little baby, in the middle of Anglesey," Kate said. "It was so isolated, so cut off, I didn't have my family around me, he was doing night shifts, so if only I'd had a center like this at a certain time."

Kate made the remarks at the Ely and Caerau Children’s Center in Cardiff, Wales, which offers support services to parents as well as kids.

The duchess was a first-time mom to George in 2013 when she and William lived in Anglesey, where William worked as a search-and-rescue pilot in the Royal Air Force (RAF). Just over one year after George's birth, William joined the East Anglian Air Ambulance as a pilot.

William and Kate now live in London, at Kensington Palace, and are the parents of three kids, George, now 6, Charlotte, 4, and Louis, 1.

Since becoming a mom, Kate has made early childhood development a focus of her royal work. She visited the center in Wales as part of the launch of "5 big questions on the under 5s," a survey released by The Royal Foundation, Prince William and Kate's charitable arm.

The survey asks residents across the U.K. to share their thoughts on "raising the next generation."

"Parents, carers and families are at the heart of caring for children in the formative years, so that is why I want to listen to them," Kate said in a statement announcing the survey. "As a parent I know how much we cherish the future health and happiness of our children."

"I want to hear the key issues affecting our families and communities so I can focus my work on where it is needed most," she added. "My ambition is to provide a lasting change for generations to come." 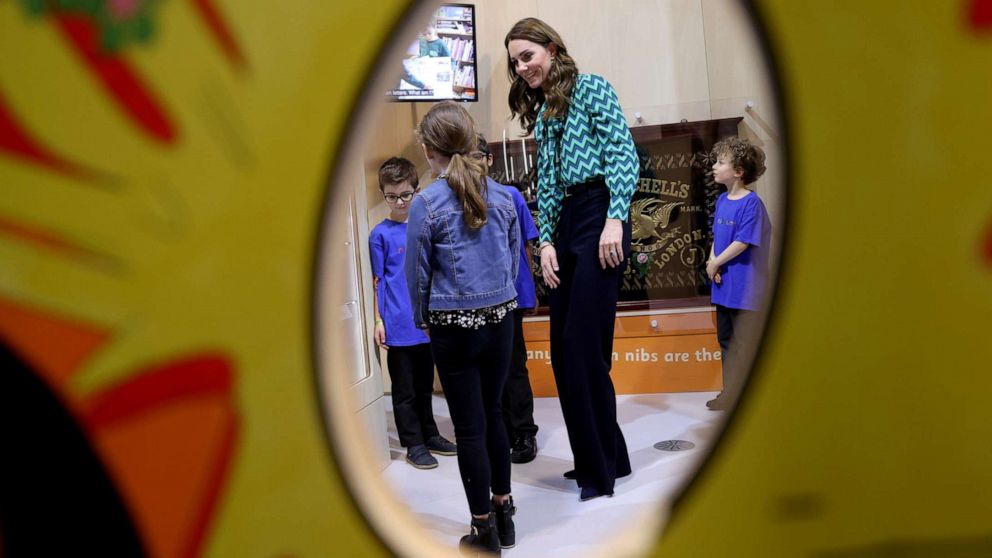 The survey includes questions on topics like what's most important for kids to live a happy adult life, who holds responsibility for giving kids the best shot in life and which period of a child's life is most important for health and happiness as adults.

The Duchess of Cambridge is now on a 24-hour tour of the U.K. to promote the survey.

She visited a women's prison in Surrey, England, also on Wednesday and met with women currently at the prison as well as women she first met there in 2015 who have gone on to rebuild their families, according to Kensington Palace.

Kate kicked her tour off Tuesday with a visit to a science museum in Birmingham, England.

Kate's "5 Big Questions on the Under 5s" survey "aims to spark the biggest ever conversation on early childhood that will ultimately help bring about positive, lasting change for generations to come," according to Kensington Palace.

The survey includes questions on topics like what's most important for kids to live a happy adult life, who holds responsibility for giving kids the best shot in life and which period of a child's life is most important for health and happiness as adults. 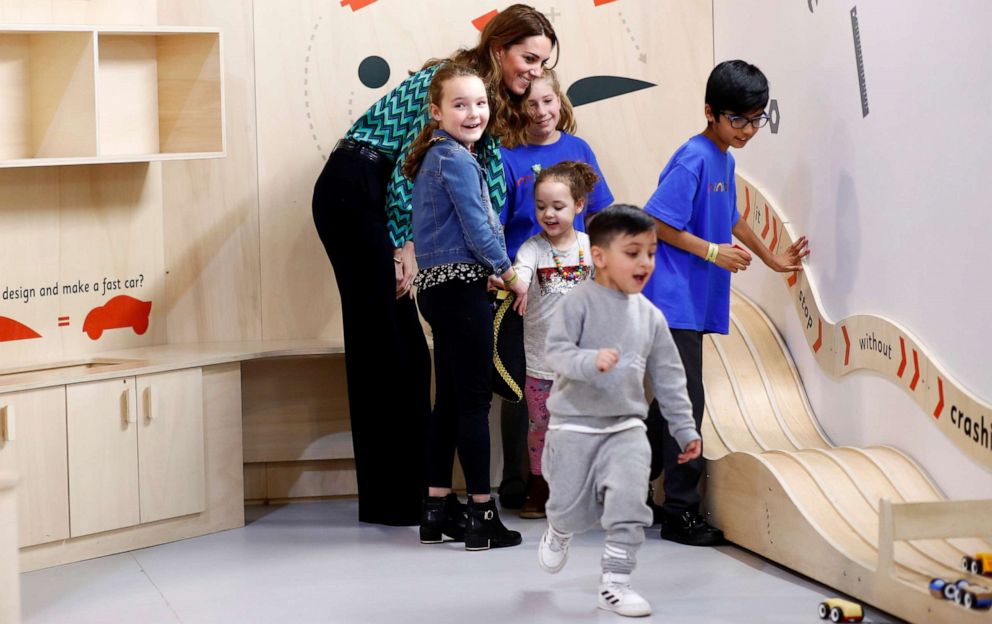 The Duchess of Cambridge is known for incorporating hands-on visits with kids, parents and caregivers into her royal engagements.

The Duchess of Cambridge joins parents and their toddlers taking part a 'Together Time' session offered by @LeapLambeth and PAIRS, which is designed to support parents’ ability to understand their child’s cues and feel more confident in their parenting. pic.twitter.com/8Lb4KeXJqC

Last year Kate created a "Back to Nature" garden at the RHS Chelsea Flower Show to emphasize benefits of the outdoors on improving mental health, particularly for kids.

“I really hope that this woodland that we have created really inspires families, kids and communities to get outside, enjoy nature and the outdoors, and spend quality time together.” — The Duchess of Cambridge #RHSChelsea pic.twitter.com/R6NoMiA32k

The duchess's "5 big questions survey" is focused on feedback from adults age 16 and above who live in England, Wales, Scotland and Northern Ireland.

"Whether you have children or not – there are no right or wrong answers, we want to hear what you think," the survey states.