Princes William and Harry, brothers who have been at odds for at least the past year, put their differences aside and walked together Saturday in the funeral procession for their beloved grandfather, Prince Philip.

William, 38, and Harry, 36, walked in the same row in the procession, but were separated by their cousin, Peter Phillips, the son of Philip and Queen Elizabeth's only daughter, Princess Anne. 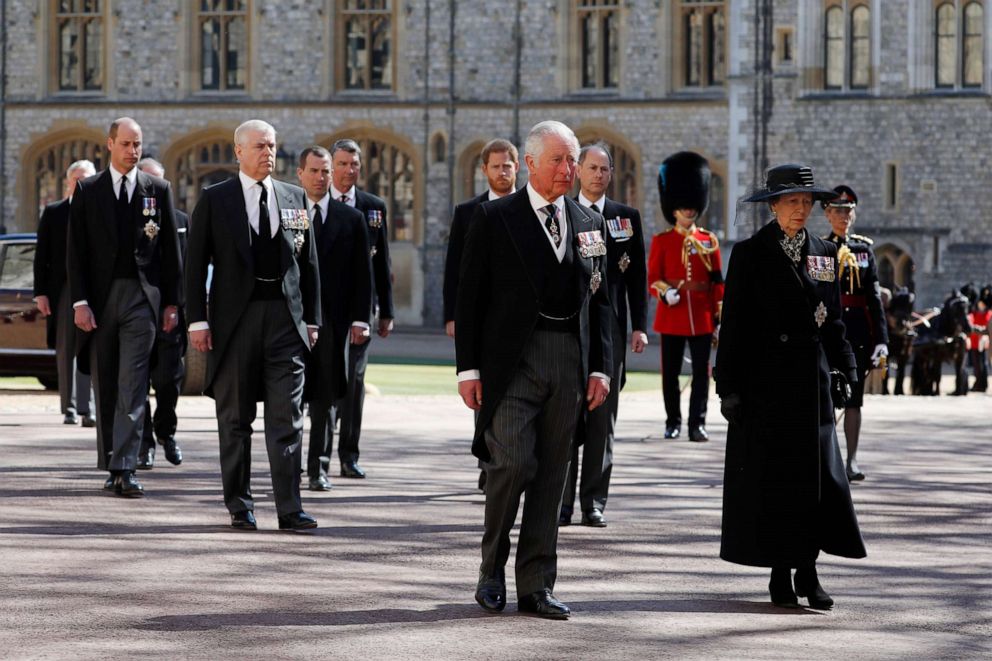 Alastair Grant/WPA Pool via Getty Images
Prince Charles, Prince of Wales, and other members of the royal family follow Prince Philip, Duke of Edinburgh's coffin during the Ceremonial Procession at Windsor Castle on April 17, 2021, in Windsor, England. 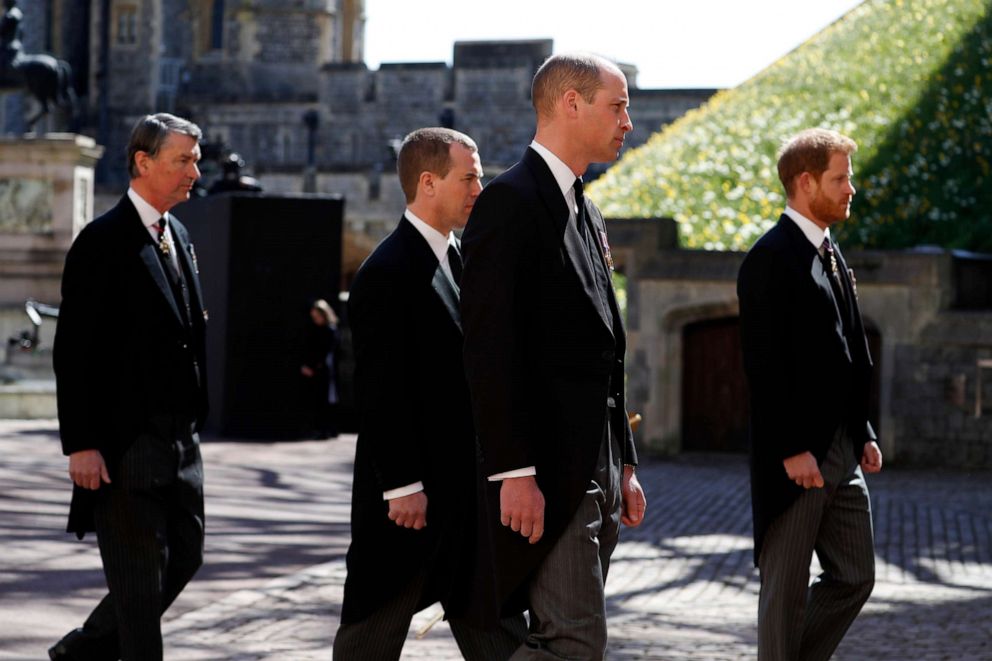 After Diana's unexpected death following a car crash in Paris, William, then 15, and Harry, then 12, walked behind her coffin in a procession that also included their father, Prince Charles, Prince Philip, and Diana's brother, Charles Spencer. 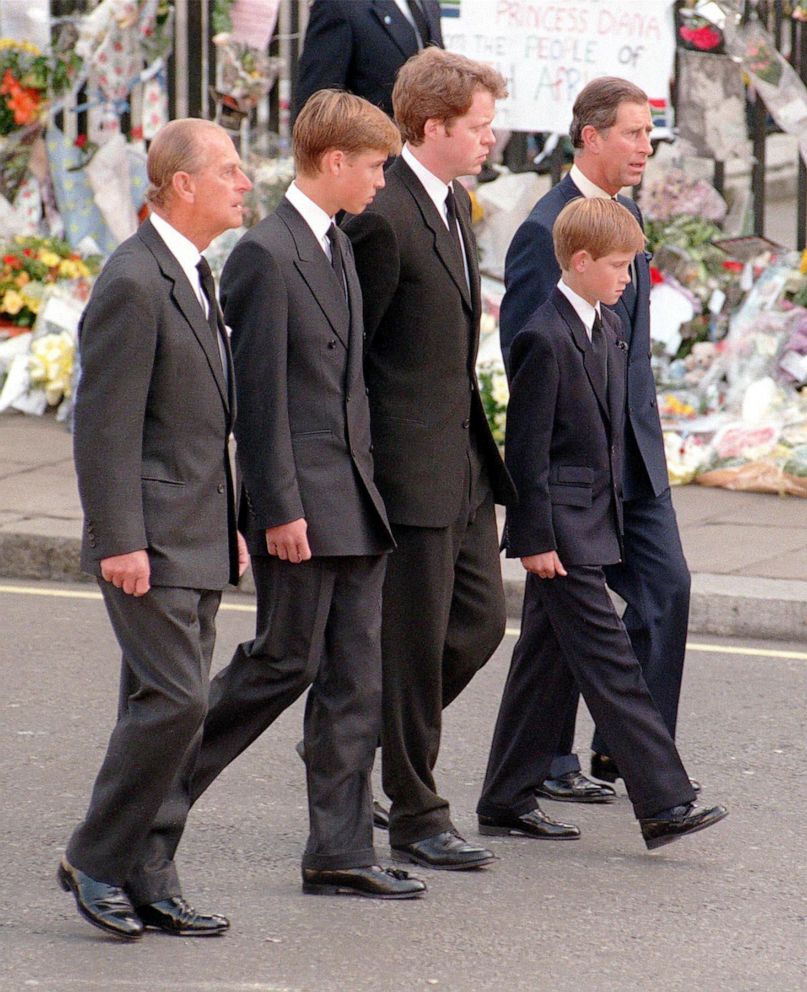 Philip, who was a stalwart force for the royal family after Diana's death, reportedly agreed to walk in the procession to support his grandsons, whom he wanted to protect from press scrutiny and be allowed time to grieve.

When Downing Street officials suggested that William and Harry might walk behind their mother's coffin, an anguished Philip reportedly bellowed into the phone, "F--- off. We are talking about two boys who have just lost their mother."

William and Harry are now attending Philip's funeral together at a time of family tension. The brothers, who have reportedly spoken by phone this week, have been at odds for at least the past year as Harry and Meghan decided to step down as senior working members of the royal family.

Harry and Meghan -- who did not travel to the U.K. for Philip's funeral because she is pregnant -- spoke out in a tell-all interview with Oprah Winfrey last month that spilled tensions in the royal family into public view. 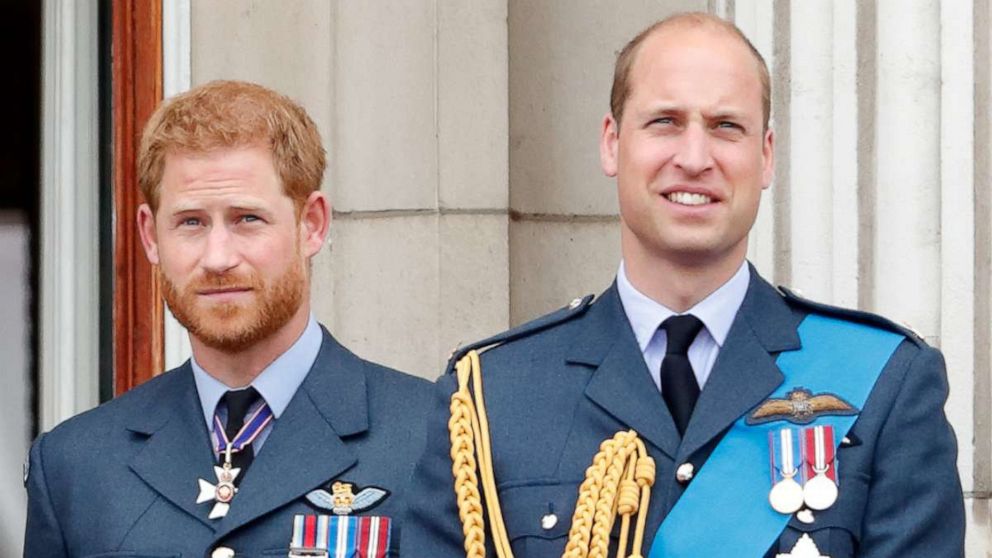 Following Prince Philip's funeral Saturday, as family members walked out of St. George's Chapel, Harry and William were seen walking side by side, alongside William's wife, Duchess Kate. 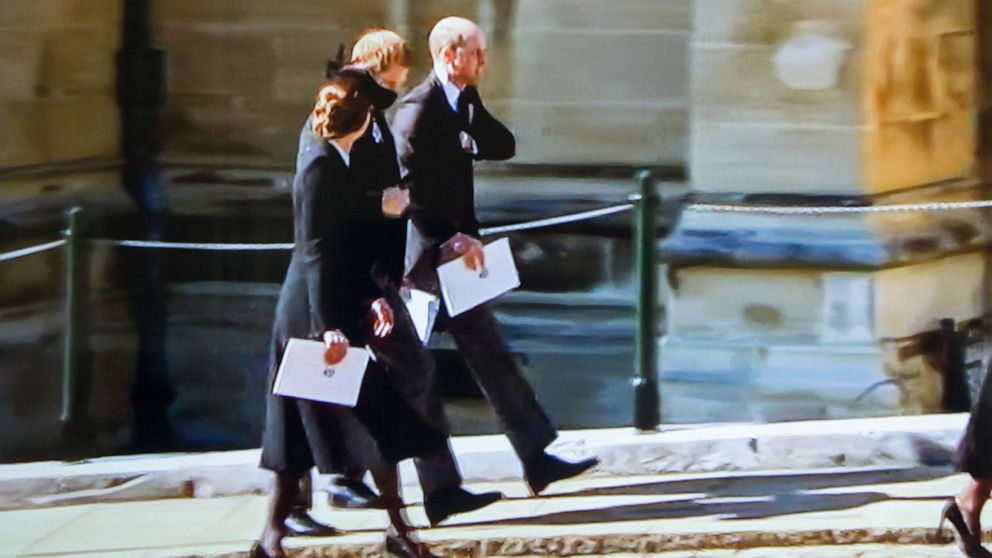