Ozzy Osbourne and Tony Iommi staged a mini Black Sabbath reunion Monday at the closing ceremony for the 2022 Commonwealth Games, a sporting event held in the metal legends' hometown of Birmingham, England.

The show marked Osbourne's first live performance since he appeared on the 2019 American Music Awards.

Osbourne had originally scheduled a tour for 2019, but postponed it until early 2020 due to health issues. The tour was postponed a second time for later that same year, after Osbourne suffered a fall and required surgery.

Osbourne's wife Sharon revealed in June this year that the legendary rocker was undergoing a "very major operation" and said the procedure was "really gonna determine the rest of his life." She shared another update following his surgery, saying he was "doing well" and "on the road to recovery."

Monday's performance was Osbourne and Iommi's first time taking the stage together since Black Sabbath played their farewell show in 2017.

The performance began with Iommi rocking the band's iconic "Iron Man" riff as Ozzy got the crowd pumped up, before transitioning into a rendition of "Paranoid." 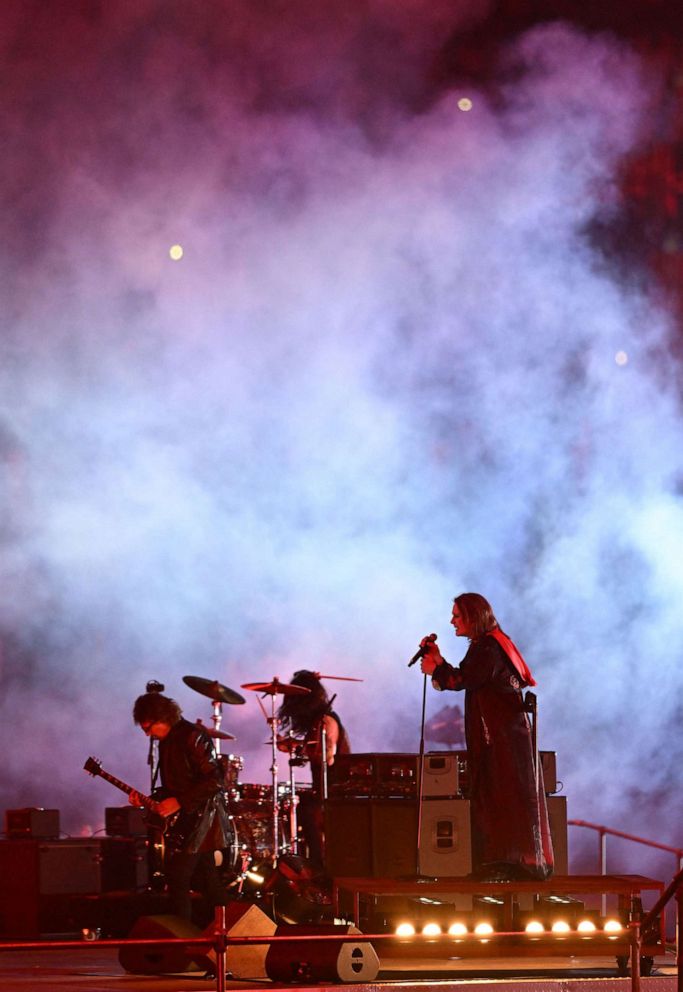 Footage of the performance -- which also featured Osbourne's solo band members Tommy Clufetos and Adam Wakeman on drums and bass, respectively -- is available on the Commonwealth Games Instagram page.

MORE: Ozzy Osbourne breaks his silence on his battle with Parkinson's disease

Osbourne and Iommi will reunite again on Osbourne's upcoming solo album, "Patient Number 9," due out Sept. 9. The two play together on the tracks "Degradation Rules" and "No Escape from Now."