The world knew Michael Jackson as the King of Pop. Now, 11 years after his death, his daughter Paris Jackson, is following in his footsteps with music of her own to share.

"It wasn't until the last, like, couple of years where I started calling myself a musician and embracing that you know, the feeling that I think I was born to do this," Paris told ABC News' Chris Connelly in an interview for "Good Morning America." "I originally started writing music for myself, just as, like, just to get things out, to purge. It just feels good to... share it. It feels like, not butterflies in your stomach, but in your heart." 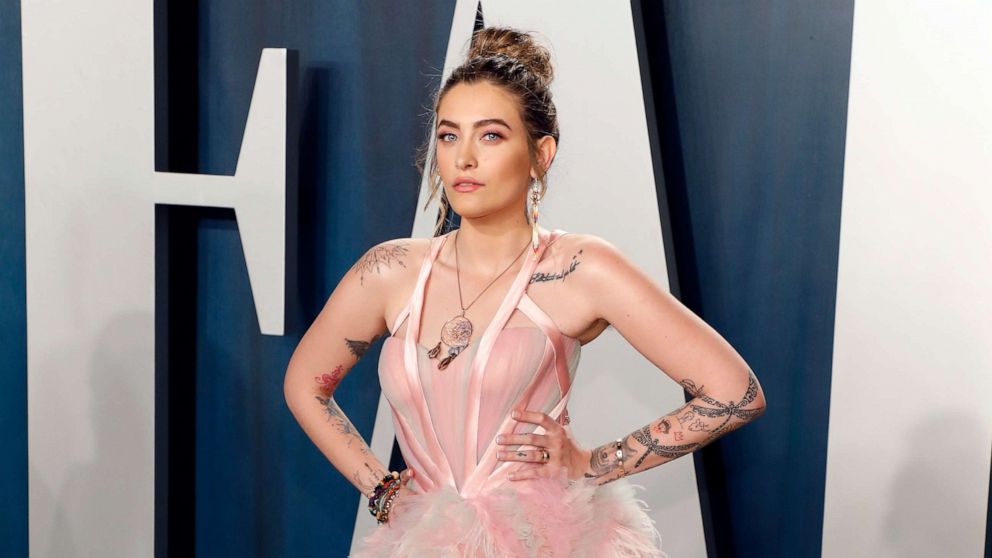 The 22-year-old's music can be found in her new eclectic-folk inspired EP, which she produced with her bandmate and boyfriend, Gabriel Glenn, in their band, The Soundflowers. The EP, which features five songs, was released last month and reveals a vulnerable side to Paris that the world hasn't seen since her father's memorial service in 2009.

"I do wear my heart on my sleeve, or so I've been told," she said. "I'm very expressive with my face, so people can usually tell when something's wrong."

MORE: Paris Jackson performs a stunning rendition of 'Margaritaville' to close out set

Growing up in the limelight wasn't easy for Paris, who said she went through depression and self-harm when she was just 15.

"I think a part of it was ... a good portion of it was just being that age and ... going through the trials and tribulations of a 15-year-old girl," she said. "Trauma is, you know, it's the seed to any kind of unhealthy coping skill that you choose."

Those coping skills, she said, were self-destructive, but the one healthy coping skill she had was music.

During these tough times, she turned to songwriting and wrote "Geronimo" -- a song that is now featured on her EP -- about the challenges of growing up and dealing with negativity from other kids.

"Kids can be mean. Your body's going through changes, your emotions are everywhere, just all over the place," Paris said. "A lot of kids that age also suffer from depression and hardcore mental illnesses."

Someone who was there by her side through it all was her older brother, Prince, who saw firsthand how his sister struggled when they were growing up.

"I remember when my sister first played 'Geronimo' for me," he told "GMA." "I can hear and feel all the emotion and pain and hurt that went into that song. I just remember thinking that, you know, this was a song, I think, that other people could ... relate to, but other people needed to hear."

Prince has had a big influence on Paris' musical endeavors and his opinion of her songs is something she truly values.

"He's everything to me, you know? I've always looked up to him and always wanted his approval and everything, and wanted to be more like him," Paris said. "So to hear him approve, not just approve but enjoy what I do, it's everything to me."

"She's making music and putting it out there," Prince said of his sister. "I feel that, you know, obviously, with Michael Jackson's daughter coming out, there's a lot of sharks and people out there who wanna just take advantage of that."

Prince also described how making a music video with his sister was a dream come true, telling "GMA," "It was awesome. 'Cause when we were growing up, we would be be talking as a family about working together in the future."

He continued, "So it was cool to see the dynamic change, where she was the talent and the artist for the music video. And I was the producer, kinda behind the scenes, putting everything together."

The making of Paris's EP is documented in a new Facebook Watch docuseries titled "Unfiltered." It chronicles her musical journey and shows what she's gone through while walking in the footsteps of her father, who gave her advice and words of encouragement when she was younger: some which she's carried with her through her career and lived by to this day.

"No matter what it was we were interested in, at one point, I wanted to be an astronaut, he was like, 'Do it. Do it,'" Paris said. "You know, 'Educate yourself as much as possible, then go with it." With every aspect of life, it was just supportive … I think we were really lucky to have that. 'Just do what makes you happy and do it well.'"

Now, Paris is marching forward into her career as a musician with her father's sage advice and even a new perspective, which has helped her face each day in a way that she couldn't years ago.

"You get stronger. Life will get a little harder, but just perspective to look back on and be like, 'I didn't think it was gonna get better, and it did,' you know? So what's the next challenge?"