Katelyn Ohashi certainly knows how to make an entrance.

The 22-year-old former UCLA gymnast took over the red carpet at the 2019 ESPYS with the perfect pose -- smiling while doing a handstand, in heels! 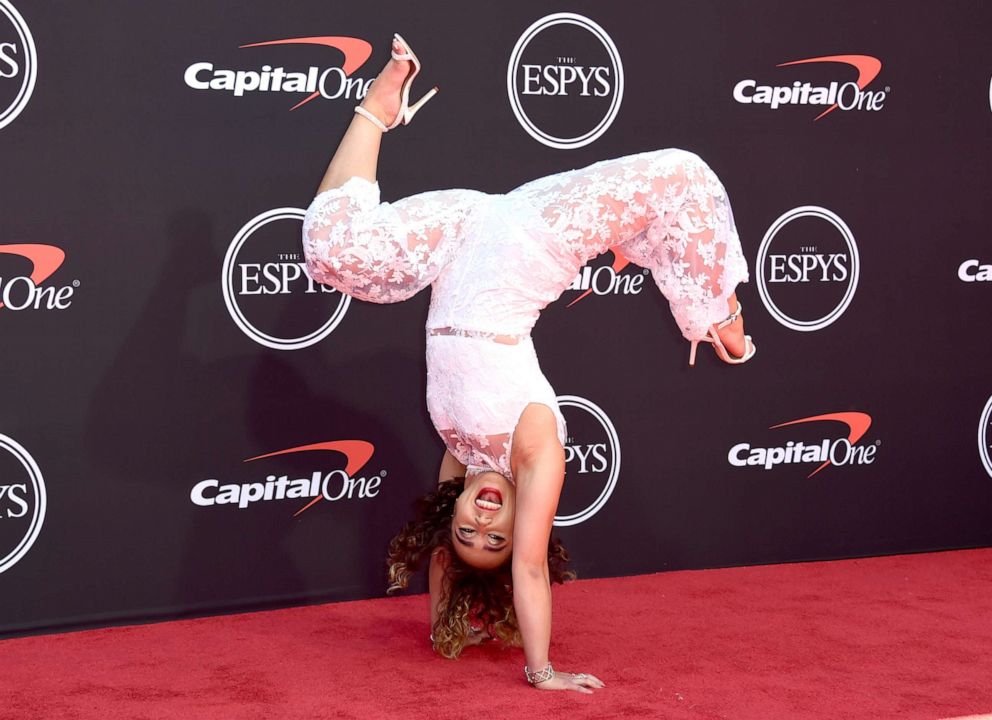 Video footage of her impressive stunt was posted by espnW.

Ohashi received the ESPY Award for Best Viral Sports Moment for her amazing January 2019 floor routine, which has over 43 million views on Twitter.

During her speech to accept the award, Ohashi spoke about going viral, what she took away from the experience and even the scandals that have invaded her sport in recent years.

"I started seeing myself in the news trying to infuse a little bit of joy in my sport after all the abuse and misuse of people in higher power," she said. "It's no wonder why our voices went silent as theirs would just tower. But today, mine no longer cowers."

"[I'm] thankful for the internet that made this all happen, but along with that it's important to understand cyber attacks -- the respect people unfortunately lack," she said, recalling abusive comments she received after going viral for her floor routine.

However, Ohashi explained, "your words will never be the reason for our defeat," on her reaction to trolls attacking women in her sport.