The UCLA gymnast who nailed a flawless floor routine that has been viewed tens of millions of times opened up about the body shaming she has faced as a gymnast and how she reclaimed her joy in the sport.

Katelyn Ohashi, a 21-year-old senior, said she faced body shaming since the age of 14.

"In the gym, outside of the gym, on the internet, so it’s something that you can never really escape," Ohashi, 21, said Thursday on "Good Morning America." "As a 14-year-old, it’s kind of hard to cope with, because you’re still developing as a person, and so everything really impacts you."

In addition to the support of her coach at UCLA, Valorie Kondos Field, Ohashi has learned to use poetry to help her cope. 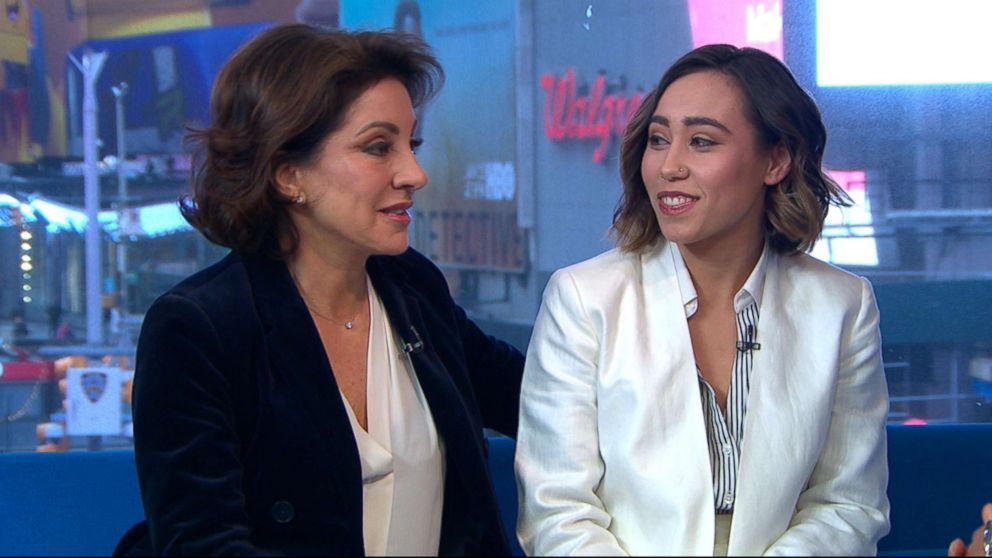 "But here today I stand with a love that penetrates deeper than any wedding band," Ohashi said on "GMA," reading from a poem she titled "Self-Hatred Goodbyes." "Because I am my own size and no words or judgmental stares will make me compromise."

UCLA gymnast @katelyn_ohashi reads powerful poem she wrote called "Self-Hatred Goodbyes" on @GMA: "Because I am my own size and no words or judgmental stares will make me compromise." https://t.co/UW6NVbFSAf pic.twitter.com/fvmPmrdzy7

Field and Ohashi's UCLA teammates were by her side on Saturday when she flipped and did splits during her flawless floor routine at the 2019 Collegiate Challenge in Anaheim, California.

The video of the performance posted by Ohashi's team, the UCLA Bruins, has more than 39 million views and counting.

A ?? isn't enough for this floor routine by @katelyn_ohashi. ?? pic.twitter.com/pqUzl7AlUA

Ohashi performed to songs by Tina Turner and Earth, Wind and Fire, as well as the Jackson 5 and Michael and Janet Jackson. Her teammates could be seen in the background, cheering her on and even performing bits of her choreography.

"Every time I get on the floor, that’s always been my favorite part of gymnastics, and being there with my team and my coach and being able to see them dancing with me, it just feels like home," Ohashi said on "GMA."

One of Ohashi's tumbling passes in the floor routine was such a high level of difficulty that the team had to resubmit it in competition because "it wasn't in the code of points," according to Ohashi.

Her flawless routine was her fourth career perfect 10 on the floor, according to the UCLA Bruins.

Prior to her reign at UCLA, Ohashi spent four years on the USA Gymnastics Junior National Team, even beating out future Olympic gold medalist Simone Biles at the 2013 American Cup. 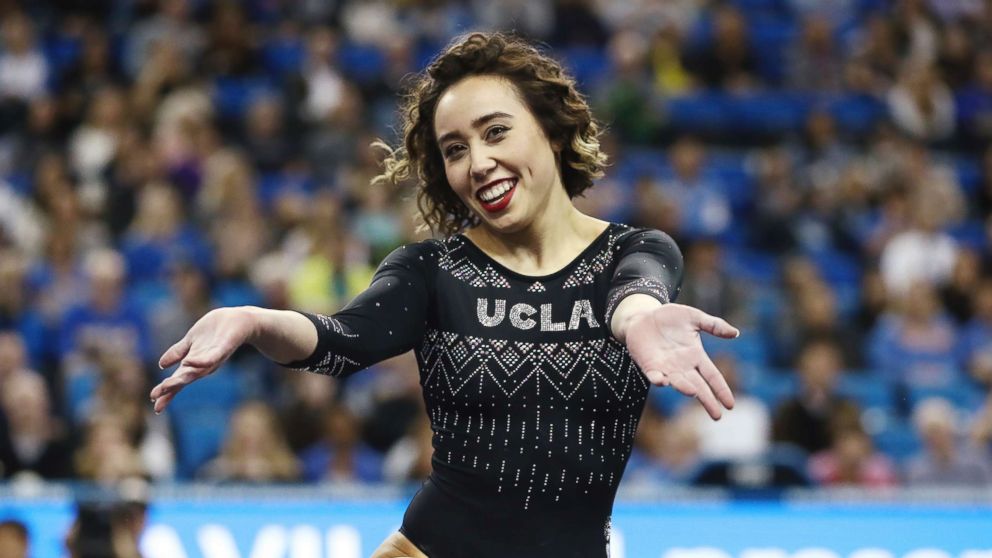 After suffering a fractured back and two torn shoulders, Ohashi stepped away from the elite circuit. She recalled being told by doctors after the American Cup that she may never be able to compete in gymnastics again.

"It was almost like this weight was lifted off of me, but then at the same time I realized that was the only thing I knew how to do," Ohashi said. "It was taken away from me at the same time."

When Ohashi defied doctors' expectations and returned to competing at the collegiate level, she made sure that she was having fun, according to Field, her coach.

"Her freshman year she comes to us and halfway through our competition season she says, 'I just don’t want to be great again,'" Field recalled. "When we delved into it, she just said, 'When I was great, there was nothing joyful about it. I wasn’t happy so why would I want to go back there?'" 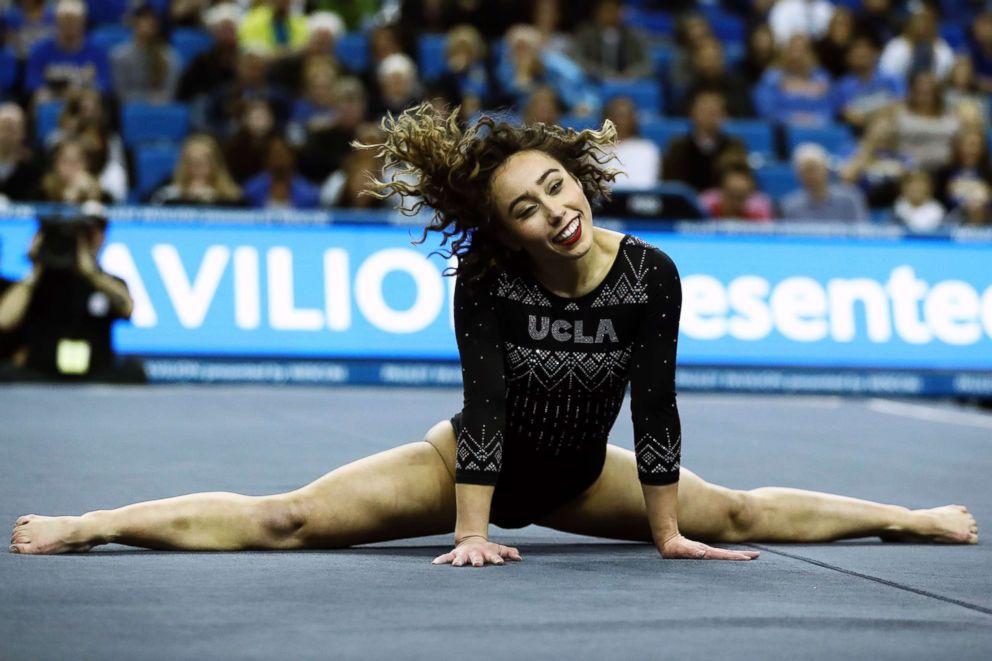 "At that point, I knew I had to earn her trust," Field said.

Ohashi's viral, flawless performances show she has found joy in her re-emergence as a college-level powerhouse at UCLA. A floor routine performance by Ohashi to the music of Michael Jackson also went viral last year.