H.E.R. says it's a "dream come true" to play Belle in the upcoming live-action special "Beauty and the Beast: A 30th Celebration."

The award-winning singer, who is the first Black and Filipina woman to play the role of Belle on screen, discussed how excited she was to take on the role and celebrate the "iconic" film on "Good Morning America" Wednesday.

"And that's such a huge deal on top of being a producer on 'Beauty and the Beast,' which is crazy," she continued. "I got to do a lot of the new arrangements and work with Alan Menken, the original arranger and producer. It's been an amazing experience just learning so much about myself and it's been a lot of fun honestly."

She added, "Being a Disney princess is fun!"

.@HERMusicx is making history as the first Black and Filipino Belle in @ABCNetwork's #BeautyandtheBeast!

“It's a dream come true. I never thought I could be a Disney princess … I’d never seen one that looks like me, so I get to be that to little girls now.” pic.twitter.com/ZeoYX2jOwC

She said she was shocked when she found out she got the role.

"My inner Disney princess, which I think is this fearless and joyful and just strong and kind of brave thing within myself. I'm finding," she added. "It's been a crazy, wonderful experience." 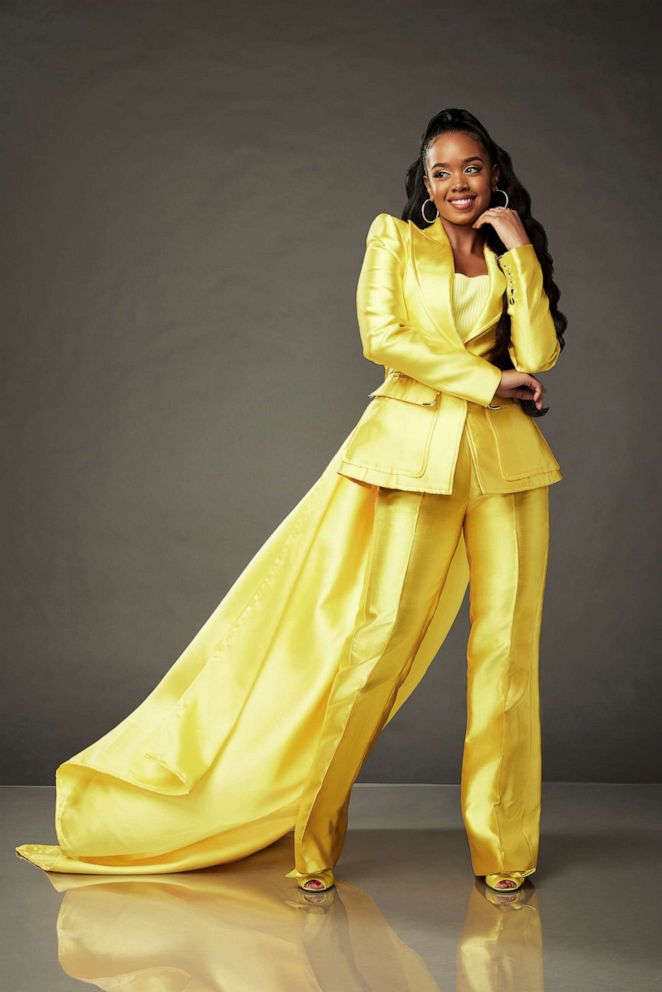 Art Streiber/ABC via Getty Images
H.E.R. stars as Belle in ABC's live-action special, "Beauty and the Beast: A 30th Celebration."

Twain will play Mrs. Potts, Groban will play the Beast, Short will play candlestick Lumière, Henry will play Gaston, Grier will play Cogsworth, the clock, and Moreno will narrate the special.

The television event will air on ABC on Dec. 15 and on Disney+ the next day.