Prince Harry and Meghan Markle had an official audience with King Mohammed VI as they wrapped up their three-day official visit to Morocco.

Harry and Meghan, in a blue Carolina Herrera dress, met the king and members of his family Monday at the royal residence. They presented King Mohammed VI with letters from Harry's grandmother, Queen Elizabeth II, according to Kensington Palace.

The Duchess of Sussex with The King of Morocco.

Their Royal Highnesses presented letters from Her Majesty The Queen to The King. #RoyalVisitMorocco pic.twitter.com/6dy6ZNQZwG

Meghan and Harry's visit with the king wrapped up a busy tour of Morocco that focused on empowering youth and women.

On Monday, the final day of their tour, the Duke and Duchess of Sussex visited the Moroccan Royal Federation of Equestrian Sports in Rabat. The royals learned more about the new equine therapy program practiced there, which particularly helps young people from disadvantaged backgrounds. 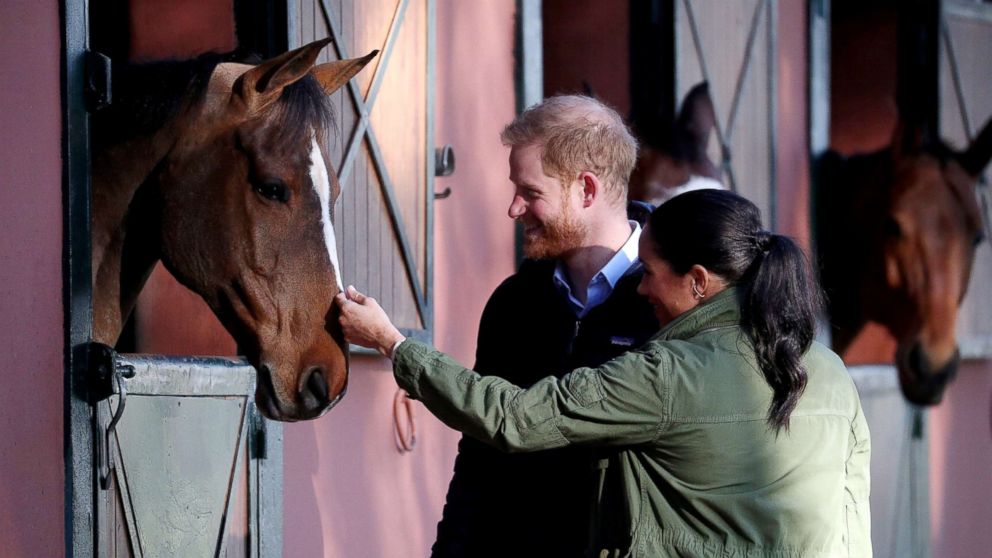 Harry and Meghan chatted with staff at the stables and watched as children with disabilities took part in their equine therapy lessons.

The royal couple talk to staff at the Royal Moroccan Federation of Equine Sports pic.twitter.com/fPtNS0DfnG

At their second stop Monday, the couple met one of Morocco’s leading chefs who demonstrated some traditional Moroccan cooking.

Chef Moha Fedal, who hosts the Moroccan version of the TV show "MasterChef," showed children from underprivileged backgrounds how to cook traditional Moroccan recipes. Harry tried some of the cooking and Meghan gave the chef a copy of her cookbook “Together," which she launched with a group of female survivors of London's deadly Grenfell Tower fire.

The third and final engagement for the royal couple was Rabat’s Andalusian Gardens. There Harry and Meghan met some Moroccan entrepreneurs and browsed some traditional Moroccan arts and crafts.

Admiring some Moroccan metalwork before the pottery display #RoyalVisitMorocco pic.twitter.com/4wd4xMAwY5

Final stop at the Andalusian gardens browsing some arts and crafts #RoyalVisitMorocco pic.twitter.com/wUkFxXYsEG

Harry and Meghan were guests of honor at a reception Sunday night at the British ambassador’s house in Rabat where they met influential Moroccan women, young entrepreneurs and disabled athletes.

The duchess dazzled in a cream Dior gown and diamond earrings, a stark contrast to her earlier dressed down look when she had visited schools in the Atlas Mountains.

Their visit began late Saturday, after their Royal Air Maroc plane was slightly delayed. They were greeted by a guard of honor and the British ambassador, Thomas Reilly. Meghan looked glamorous in Valentino and surprisingly fresh given that she has just returned from a five-night trip to New York City.

Reilly explained to reporters the key themes of the royals’ visit.

“This official visit by The Duke and Duchess of Sussex will highlight Morocco’s focus on women’s empowerment, girls’ education, inclusivity, and the encouragement of social entrepreneurship,” he said.

It is expected that this will be the last foreign trip Markle will make before the birth of her first child this spring, and sources confirmed that “medical provisions had been made” for Meghan while she is in Morocco. 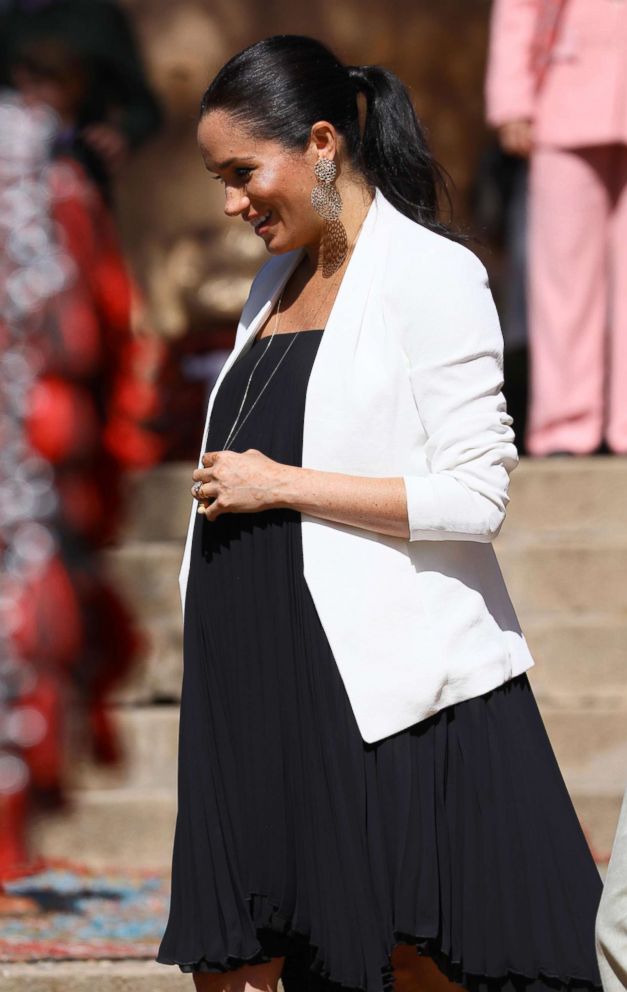 Tim P. Whitby/Getty Images
Meghan, Duchess of Sussex walks through the walled public Andalusian Gardens which has exotic plants, flowers and fruit trees during a visit, Feb. 25, 2019, in Rabat, Morocco.