Archie Harrison Mountbatten-Windsor, the son of Prince Harry and Meghan, has been introduced to the world at Windsor Castle, met his royal relatives and will soon cross another item off the royal newborn must-do list: his christening.

Archie's christening -- during which he will join the Church of England -- is expected to be held sometime in July. Buckingham Palace has not confirmed any plans.

Harry and Meghan, the Duke and Duchess of Sussex, are a history-making couple but they are expected to follow royal traditions when it comes to the christening of their first child, according to ABC News' royal contributor Victoria Murphy.

"Even though this couple have shown that they are often keen to do things their own way, the christening does not obviously offer too many opportunities to do that," she said, noting that royal watchers expect the christening to take place at St. George's Chapel, where Harry and Meghan wed and where Harry was baptized.

Archie is expected to follow in the footsteps of his cousins, Prince George, Princess Charlotte and Prince Louis, by wearing a christening gown used for every generation of royal infants.

The gown, remade by the Queen's dresser, Angela Kelly, in 2008, is an exact replica of the gown first commissioned by Queen Victoria 174 years ago and has been used for every generation of royal infants.

The Lily Font, a silver gilt baptismal font also commissioned by Queen Victoria, is also expected to be used along with water from the River Jordan, two more royal traditions, according to Murphy.

In keeping with the private nature of the christenings of Prince William and Kate's children, only close family members and Archie's godparents are expected to attend his christening.

One of the notable absences could be Archie's great-grandmother, Queen Elizabeth II, who may have prior commitments. Queen Elizabeth also did not attend the christening last year of William and Kate's youngest child, Prince Louis.

Meghan's mom Doria Ragland, who stayed with the couple after Archie's birth, is expected to travel from the U.S. to be present for the christening of her only grandchild.

The Archbishop of Canterbury, the Most Rev. Justin Welby, who presided over Louis, George and Charlotte's christenings, is likely to be involved in Archie's christening, although no announcements have been made by Buckingham Palace. Meghan herself became a member of the Church of England after being baptized and confirmed last year by Welby.

"The couple will undoubtedly be overseeing plans for the christening, however this won't be anywhere near the level of planning that has been involved with their wedding or even their house move," Murphy said. "While we are expecting to see images of the family on the day of the christening, the event itself will be an intimate and private affair."

Royal babies typically have around six godparents and Harry and Meghan are likely to follow that tradition, according to Murphy. 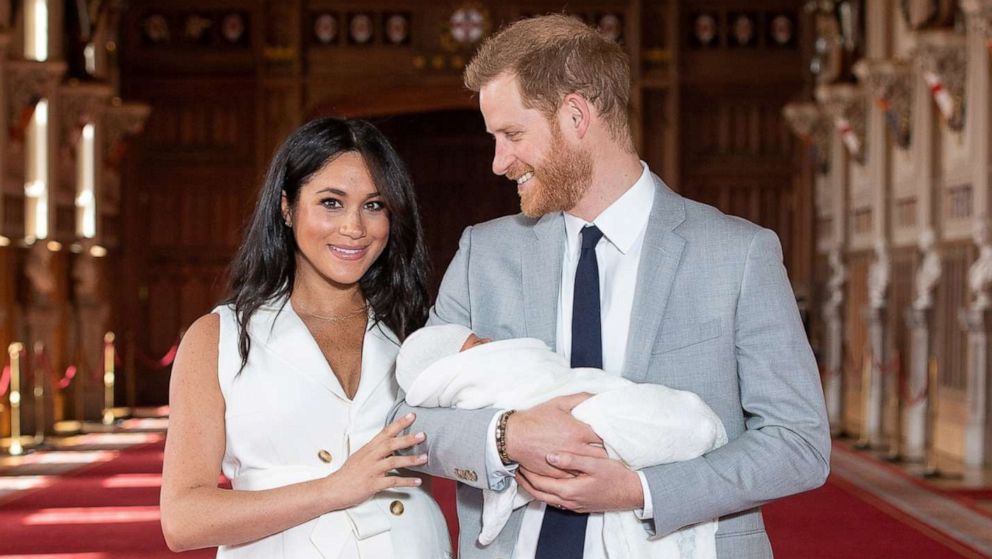 Prince William and Kate are not expected to be included as godparents.

"Harry is not godparent to any of their children," Murphy said. "I think this is a recognition of the fact that as an uncle or aunt you already have an important role."

The names of whom Harry and Meghan may include as godparents include Serena Williams, Jessica Mulroney and Benita Litt, all close friends of Meghan's.

On Harry's side, his cousin Princess Eugenie, mentor Mark Dyer and close friend Jake Warren are all names to watch, according to Murphy. Harry could also honor his mom, the late Princess Diana, by choosing one of her close friends or siblings.