Prince William, the second in line to Britain's throne, is celebrating his 40th birthday.

William's 40th birthday comes just over five months after his wife Kate, the Duchess of Cambridge, marked her 40th birthday in January.

William was front and center, along with Kate and their three children, at Queen Elizabeth II's Platinum Jubilee celebration earlier this month. 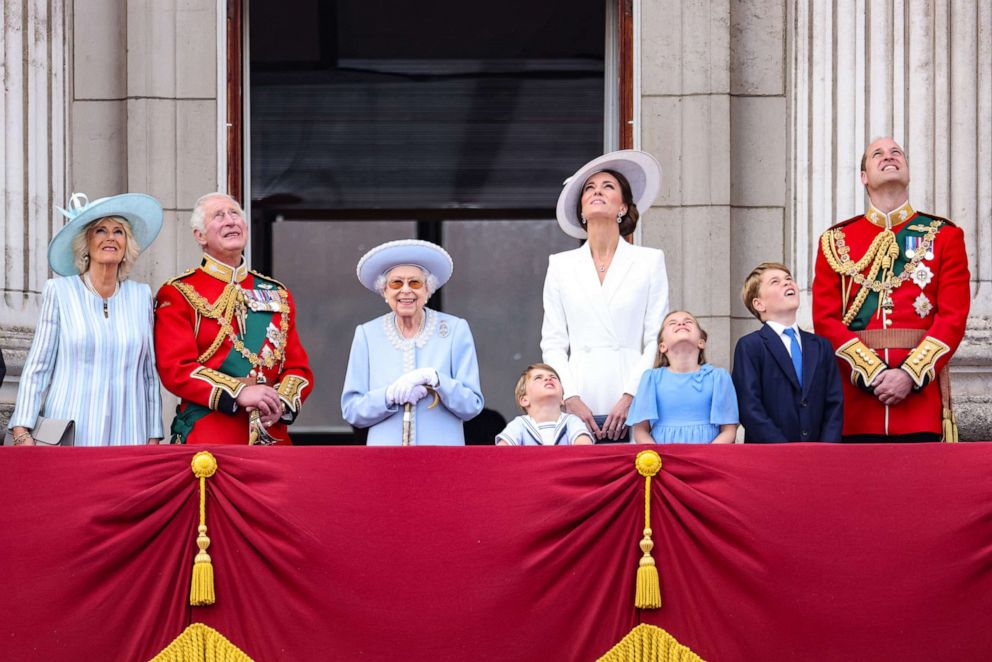 Chris Jackson/Getty Images
The Royal family watches the RAF flypast on the balcony of Buckingham Palace during the Trooping the Color parade on June 2, 2022 in London.

William's visible presence is part of his growing influence in the royal family.

When the queen dies, William's father, Prince Charles, will become king, and William will be first in line to the throne.

"Prince William is at the sort of right hand of the queen when it comes to the big decisions," Roya Nikkhah, Royal Editor for The Sunday Times, told ABC News.

"If you look back a couple of years to when Prince Andrew had to step back from official duties, after all these allegations and giving that TV interview, that was a decision taken jointly really by the queen, Charles and William," said Nikkhah, referring to William's uncle, who in February agreed to settle a sexual assault lawsuit. "And why, because William is a future stakeholder, a future monarch, and decisions taken now affect his future reign." 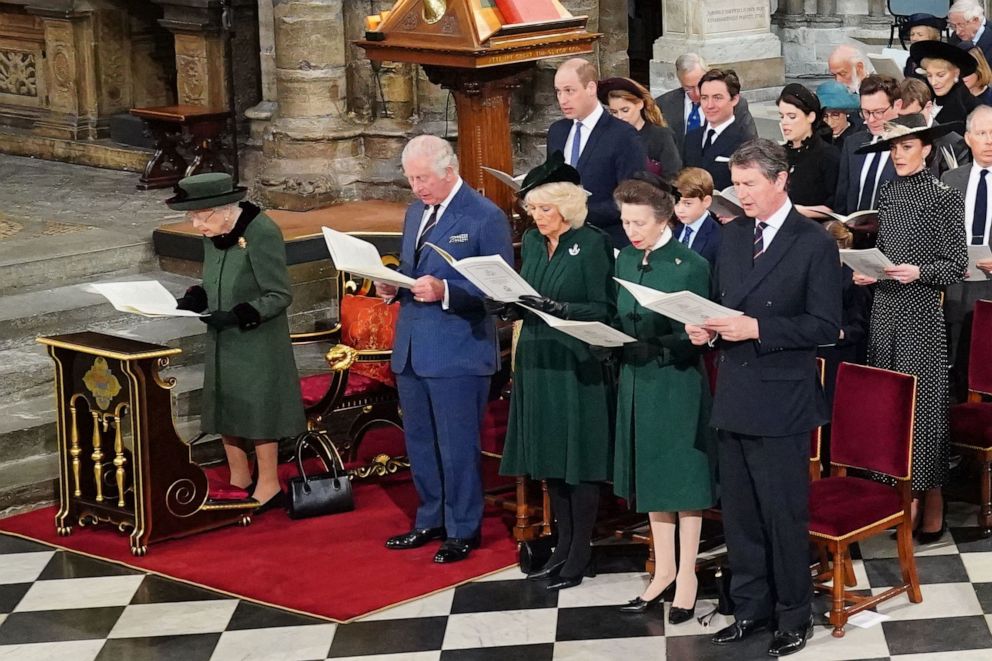 As William looks ahead to his reign, he is focusing on causes close to his heart.

As patron of the charities Centrepoint and The Passage, William has taken on the cause of homelessness, which was also advocated for by his late mother, Princess Diana.

Earlier this month, William sold copies of the Big Issue, a magazine sold by the homeless, on London's streets.

MORE: Camilla, the Duchess of Cornwall gives rare interview about her life with Prince Charles

In an article for the magazine, he wrote about going to homeless shelters with his mom, writing, "I was 11 when I first visited a homeless shelter with my mother, who in her own inimitable style was determined to shine a light on an overlooked, misunderstood problem."

"I count myself extremely lucky to have a role that allows me to meet people from all walks of life, and to understand their full story – whatever it may be. It’s a privilege that many of us, busy with our days, don’t always afford," he wrote in the issue published Monday. "And while I may seem like one of the most unlikely advocates for this cause, I have always believed in using my platform to help tell those stories and to bring attention and action to those who are struggling. I plan to do that now I’m turning 40, even more than I have in the past."

"I was 11 when I first visited a homeless shelter with my mother, who in her own inimitable style was determined to shine a light on an overlooked, misunderstood problem. "

Find out why Prince William spent a day as a Big Issue seller 👑✍️👇https://t.co/pnsDk3c3W4 pic.twitter.com/n3pRD7Esgh

Another cause advocated for by William is conservation, a cause in which he is following in the footsteps of his father.

At the Platinum Jubilee concert on June 5, William's remarks focused on the environment and the urgent need for action to protect the planet.

Tonight’s #PlatinumJubilee Party at the Palace was a fitting and fabulous tribute to Her Majesty.

Well done to everyone involved! pic.twitter.com/o0ZAUamvZI

— The Duke and Duchess of Cambridge (@KensingtonRoyal) June 5, 2022

"Today, in 2022 -- as the queen celebrates her Platinum Jubilee -- the pressing need to protect and restore our planet has never been more urgent," said William, who in 2021 launched the Earthshot Prize, a decade-long effort to solve some of the world's biggest environmental problems.