Prince Charles and his sons, Princes William and Harry, enjoyed a guys' night out for the premiere of "Our Planet," a new eight-part documentary series on Netflix.

The premiere at the Natural History Museum in London was a rare joint event for just Charles and his sons, with their wives Camilla, Meghan and Kate not attending.

The three royals, dressed in tuxes, were greeted at the premiere by Sir David Attenborough, who voices the documentary. 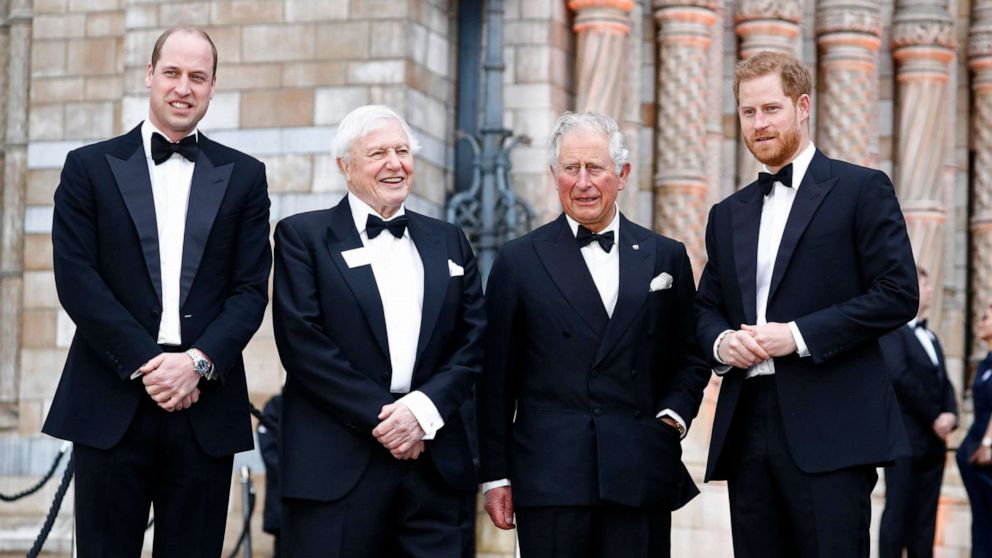 "Our Planet," which is a sponsor of "Good Morning America," examines how climate change impacts the world. The documentary premieres globally on Friday.

Protecting the environment is a cause close to the hearts of Charles, William and Harry. All three royals have been involved in conservation efforts around the world 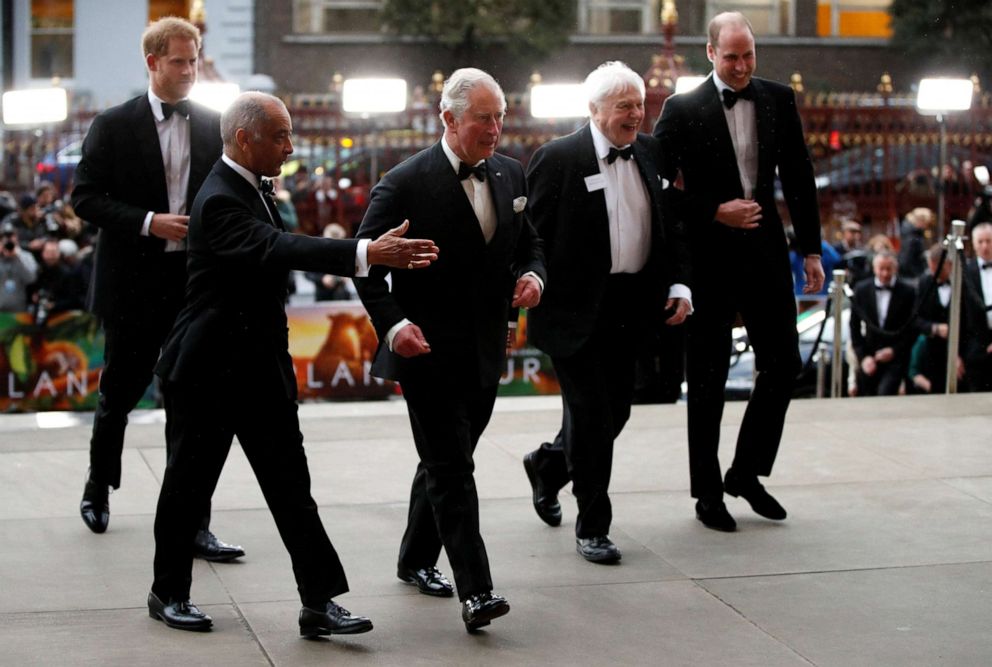 Prince Charles has been president of the World Wildlife Fund (WWF) in the U.K. since 2011. His father, Prince Philip, in the 1960s was one of the earliest supporters of the conservation organization, which partnered with a film company to make "Our Planet."

Two years ago Harry, then 32, spent nearly three weeks in Malawi helping to relocate 500 elephants in danger of being killed by poachers. Harry is also patron of Rhino Conservation Botswana, an organization that works to help build the populations of rhinos in the wild. 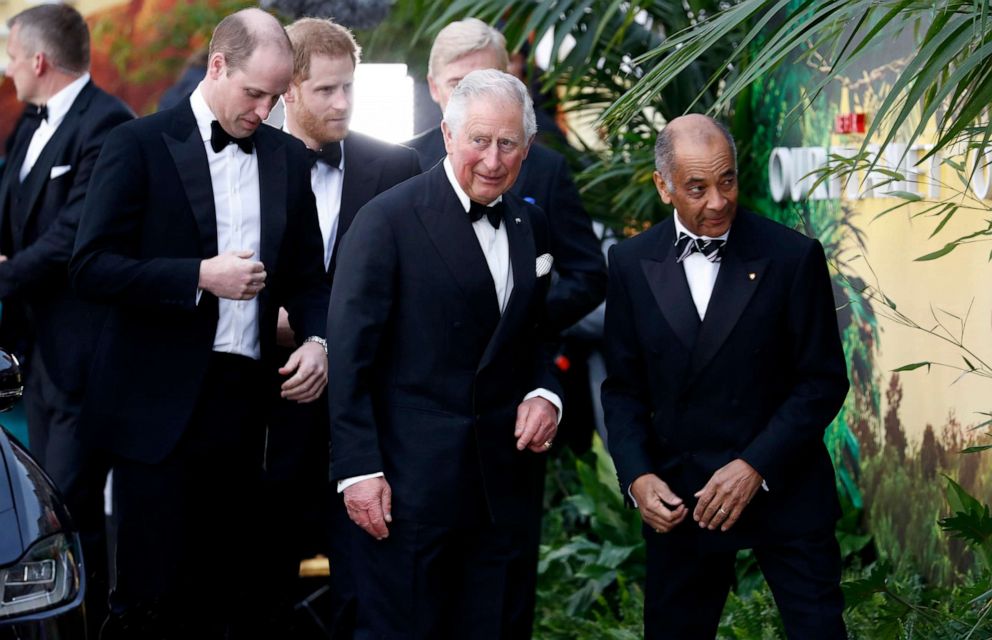 Watch live tonight on our @RoyalFamily @facebook page as The Prince of Wales speaks live from the @NHM_London at the premiere of @netflixuk & @netflix "Our Planet" series. https://t.co/kfuIis723W pic.twitter.com/afnJDmpLq1