In his new memoir, "Let Love Have the Last Word," rapper, activist and Oscar winner Common opens up about everything -- and that's exactly how he wanted it.

The versatile artist writes about his childhood, his daughter and much more in the book that is deeply personal and very revealing.

In an interview with Robin Roberts on "GMA," Common admitted that he missed out on his daughter Omoye's formative years because he was too busy working. But he grew from it and that personal revelation spawned the book, he said.

(MORE: Rapper Common calls on Starbucks to do more than talk about recent example of 'how black people have been dehumanized')

"I believe that I was doing a good job, right? And when she told me those things, it kinda shook me, because at first I was defensive, I was getting angry at some of the things she was saying," he said. "But then, that really sparked the book in many ways because I was like, man, what's the best way for me to love her right now?" 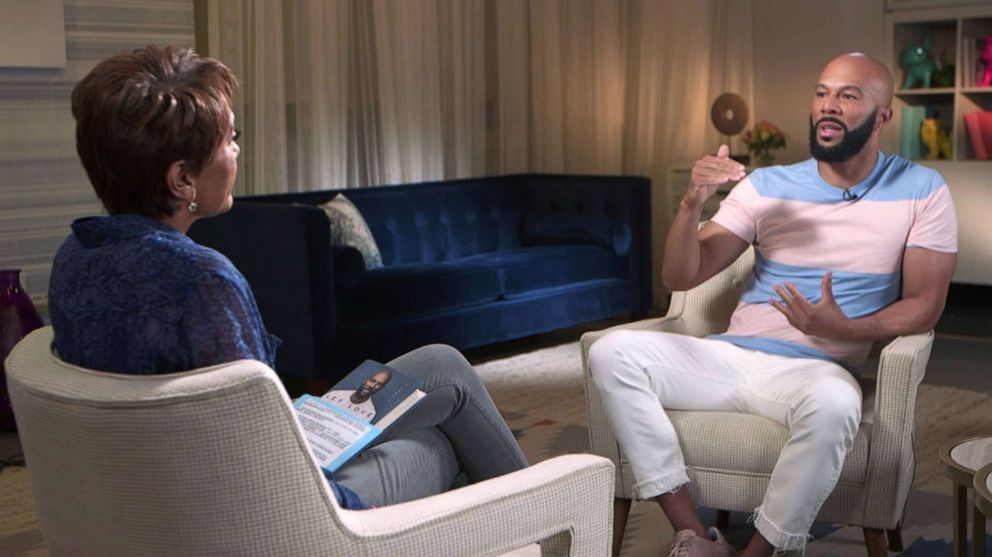 This book is very special to me as I'm sharing what I've learned about LOVE and how I've failed at LOVE. I hope it can inspire you to take a long look at LOVE and all the forms and shapes that it takes. Pre order now at https://t.co/bO1JJbt5r9 pic.twitter.com/cYUyn5uGaC

He said the best thing he could do after hearing her side was "to listen and hear her perspective, because no matter what I feel and what I think I did, she's telling me her side of things and that's what she feels."

Now, after writing this book, "our relationship has been able to grow," he said of his daughter, who's now 22.

Common also revealed the alleged sexual abuse he experienced as a child. It's something he's never shared or talked about before.

"It was something that I didn't know if I wanted to talk about," he said. "But I really believe that in telling my story, other people will be OK with talking about that situation."

You can’t help others if you don’t help yourself first. You at 50% is not as helpful as you at 100%. Take care of yourself so you can take care of others.

As a black man, even a soulful one like Common, "we don't talk about those issues in ways that we could," he said. "So I felt I wanted to create a space for people who have experienced that to be able to share that. That's part of the healing, to be honest. No sooner than I told the story, one of my good friends came out and told me it had happened to him."

"It's still a process for me, in certain ways," he said. "But I have to look at my life and know that, man, that's somebody else's pain that they kinda distributed to me. And I don't wanna carry that, so let me figure out how it is affecting me and approach it head on, deal with it, and let it go."

Now that he's dealt with the past in a constructive way, Common has his sights set on being a loving husband to the future woman of his dreams. He's also got a pretty amazing relationship adviser.

"Michelle Obama, she has definitely helped talk me through just certain moments of relationships," he said about the former first lady and social icon. "We had conversations and she has given me a lot of wisdom. One great thing that she told me as I was going through this journey was that you have to understand, you're not gonna get anybody that's perfect because you're not perfect. So understand that there's some certain things that you will compromise in choosing that partner. But as long as the core values, that are most important to you, that person, you know, marks off on that list, then you're good."

Book Tour Dates! The book tour dates are available on www.thinkcommon.com see you there! Link in bio.

Common capped off the overarching interview with a freestyle rap from his heart.

"I got into an abyss. I got into a bliss and then I thought about the girl that I should kiss," he rapped. "And think at first, I need to mess with this, and that's my heart. I took my part, so Robin, you are smart, so you know what we do. We let love spark, the whole situation, it all occurred. So now, I'm here to let love happen, last word."

"Oh, that was beautiful," Roberts replied.

Fans can pre-order "Let Love Have the Last Word" today.