Like most people, Reba McEntire has been having a 2020 full of ups and downs -- from the death of her mother to her finding love once again.

The year began with her mother, Jacqueline McEntire, dying from cancer at the age of 93 on March 14. This tragedy coincided with the beginning of the COVID-19 pandemic hitting the United States, sending the country into lockdown.

"I think the thing that grounded me the most was my momma getting sick and leaving all of this -- all of the big dreams and the plans -- to go take care of her," McEntire said during a conversation with her CMAs co-host Darius Rucker for ABC's "Country Strong 2020: Countdown to the CMA Awards." 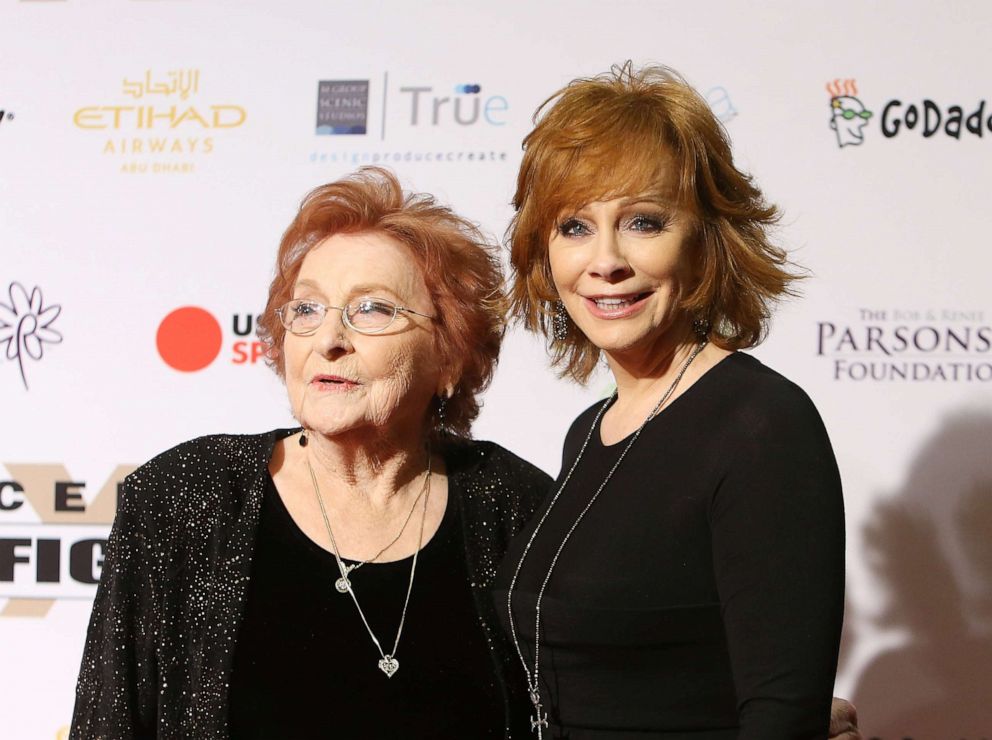 The 64-year-old then remembered some of their final moments together, recalling her "crawling up in bed with her at night and crying" while simultaneously wondering how she could possibly go on without her mother by her side.

While first "indefinitely" postponing her mother's burial due to COVID-19, McEntire was ultimately able to "say goodbye" at a private memorial service a couple weeks later. Even still, she looks forward to holding another celebration of her mother's life when the world returns to normal -- whenever that may be.

"Momma was a show dog," she laughed. "She liked the whole court and she liked to have an audience, so we're going to give her that one of these days. I don't know when it's gonna be, but it's gonna be good and something that she deserves."

These days, the "Fancy" singer has been enjoying life with a new boyfriend, Rex Linn, who has starred on "CSI: Miami" and "Young Sheldon" -- the latter of which was where he met McEntire. She discussed their budding relationship on her podcast and has even posted about her beau a few times on Instagram -- and now she is opening up about how he is influencing her upcoming album.

"I'm in love, so that really inspires me to find love songs, to find happy songs," McEntire noted. "I've always been the queen of waltzes, the queen of sad songs, because I just gravitate to those kinds of songs."

MORE: Reba McEntire reveals how she and her new boyfriend are dating during the pandemic

McEntire, who called herself a "giddy teenager again," said she is channeling everything 2020 has meant to her into this new project, for which she has already recorded eight songs during her time in the studio.

"Music has always been therapy for me," she explained. "It's very healing."