Who says movies are dead?

Sure, the pandemic sent theater attendance plunging, but what we didn’t stand in line to see we could stream. You can’t keep a good movie down.

Some hit paydirt out of the gate -- it helped if you hitched a ride with flyboy Tom Cruise or one of James Cameron's "Avatar" whales. But audiences were slower to connect with a wildcard challenge like "Tár." I’m betting they will eventually. It’s always the right time to play catch up.

Families -- the kind we’re born into and the kind we create -- were a major theme this year. And as a family of filmgoers, we habitually argue hotly about films we love or hate. That’s the fun of it, right?

Film spectacle is a beast of an art to master. But S.S. Rajamouli, an up-for-anything director from India, shows how it’s done with "RRR" (the title stands for "Rise, Roar, Revolt"). It’s an unclassifiable epic that intersperses bloody revolutionary battles with exuberant song-and-dance numbers. India’s biggest hit is now a stealth player in the Oscar race. 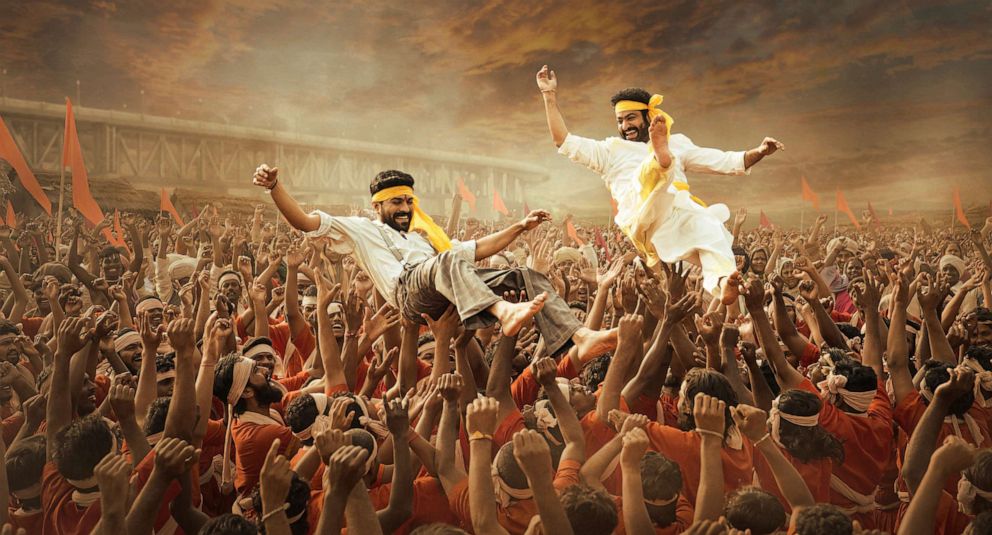 Netflix via AP
This image released by Netflix shows Ram Charan and N.T. Rama Rao Jr. in a scene from "RRR."

But first Rajamouli must face off with Hollywood’s own James Cameron, whose sequel to 2009’s all-time blockbuster "Avatar" is a feast of visual miracles as blue-skinned Na’vi families go to war against nature-destroying human oppressors.

As Cameron and Rajamouli rise, roar and revolt in the awards sweeps, we in the audience who only want to be astonished are all winners. 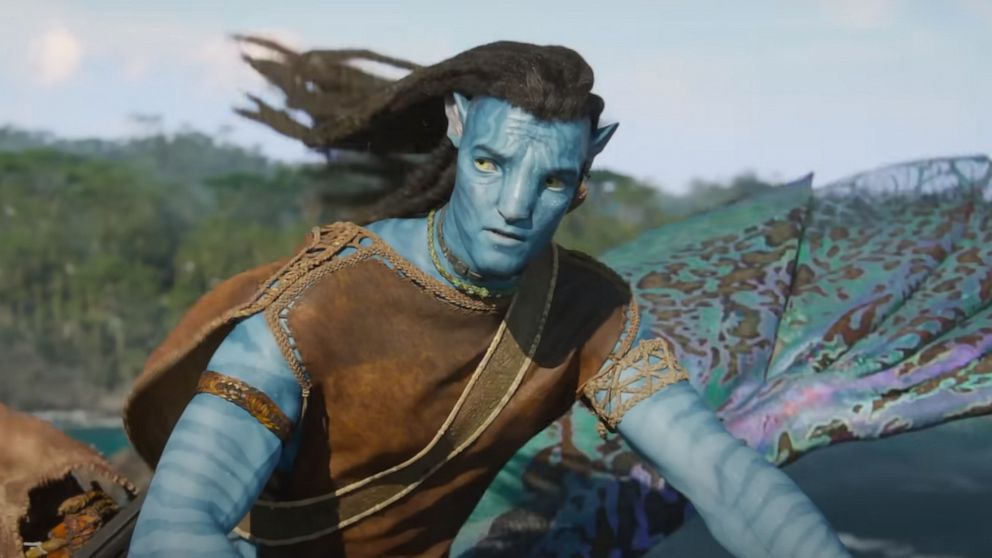 What do the women in an isolated Mennonite farm colony do when men in their group drug and rape them, claiming the devil made them do it? As the women, played by a passionately committed cast led by Jessie Buckley, Claire Foy, Rooney Mara and Frances McDormand, gather in a hayloft to debate their options, the film feels as timely as #TMeToo. Director Sarah Polley, adapting the 2018 novel by fellow Canadian Miriam Toews, singes the screen with verbal fire as these women strive to find a way ahead. Polley’s film means to shake you and it does. 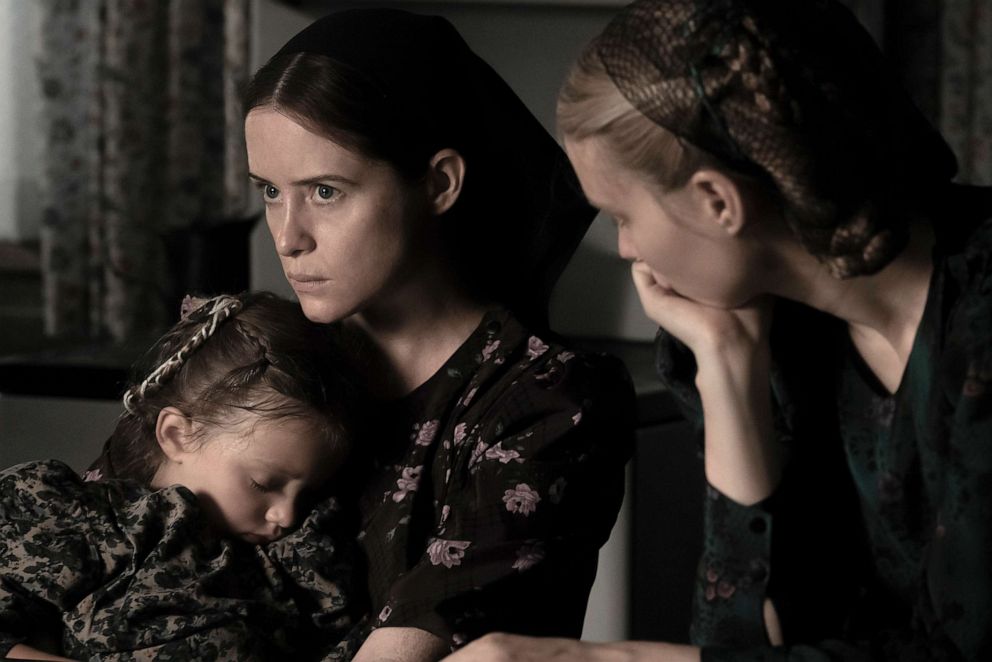 Austin Butler does the King of Rock and Roll proud with the grit and grace of his performance as Elvis Presley in director Baz Luhrmann’s bejeweled battering ram of a biopic. Butler, 31, is a sure bet Oscar contender who portrays Elvis as he battles to bust out of the traps set by his greedy manager Col. Tom Parker (Tom Hanks). To pay his gambling debts, the Colonel shifted Elvis out of shakin’ to the devil’s music and into formula movies and grueling Vegas gigs that sped his tragic physical decline. Excess is this movie’s default mode, but there’s no denying Butler. Like Elvis, you can't take your eyes off him. 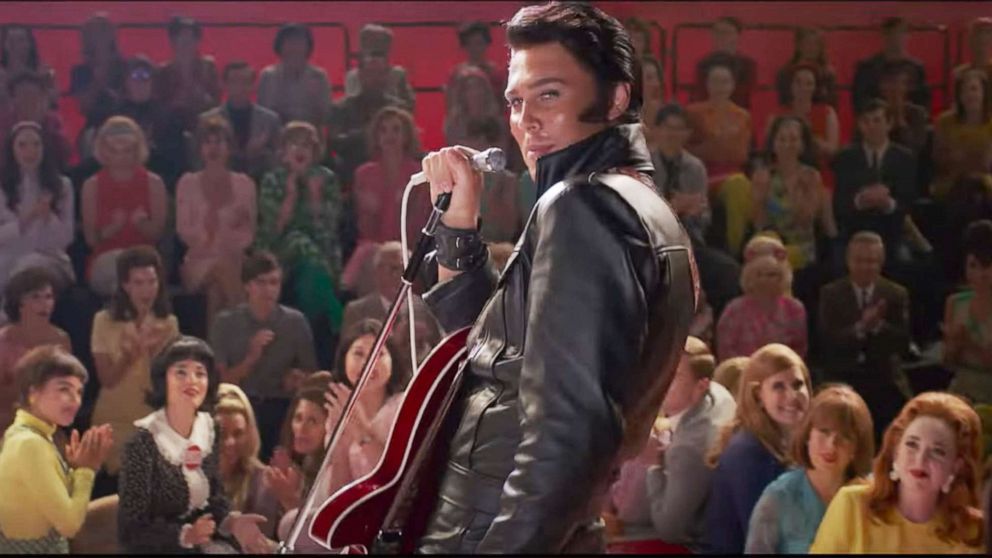 In his third film as a director, following the indelible "Get Out" and "Us," Jordan Peele mixes satirical sass with science-fiction about UFOs, along with a slashing critique of race and class in America, to create a spellbinder that keeps pushing boundaries. Oscar winner Daniel Kaluuya and Keke Palmer, winner of the New York Film Critics Circle award for best supporting actress, star as siblings who run a ranch that supplies horses for Hollywood movies that go back to the beginnings of Black cinema. Provocation is Peele’s game and nobody plays it better. 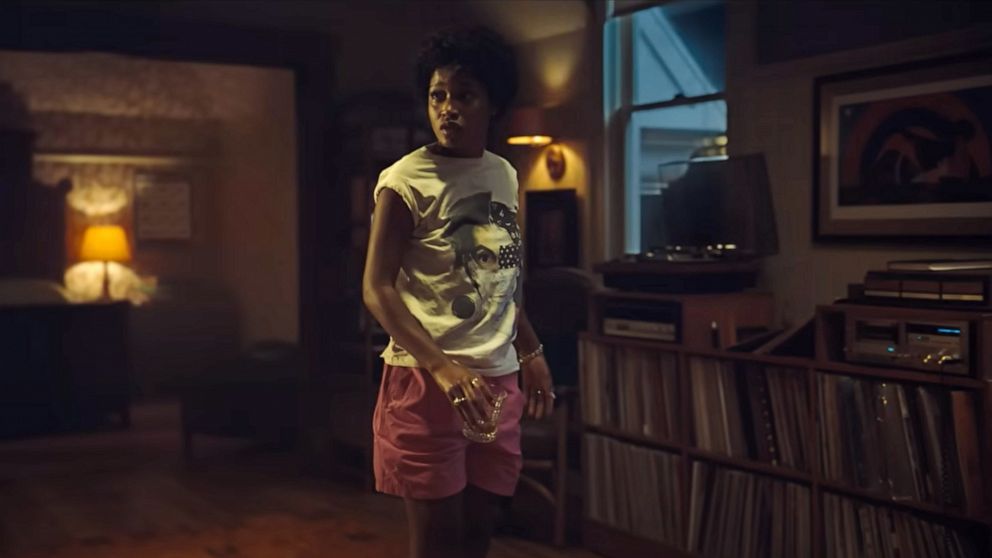 This is the best film of the year by a first time writer-director. Her name is Charlotte Wells and the 35-year-old filmmaker shames the show-off big boys. Newcomer Frankie Corio is a dazzling discovery as a young girl, based on Wells, who’s vacationing in Turkey with her divorced dad. As a parent who vainly tries to keep the best side of himself alive for his daughter, Paul Mescal is quietly devastating. In a year dominated by veteran actors, Mescal, 26, and Corio, 11, are shining new beacons of talent. It’s a rare privilege to live in their world. 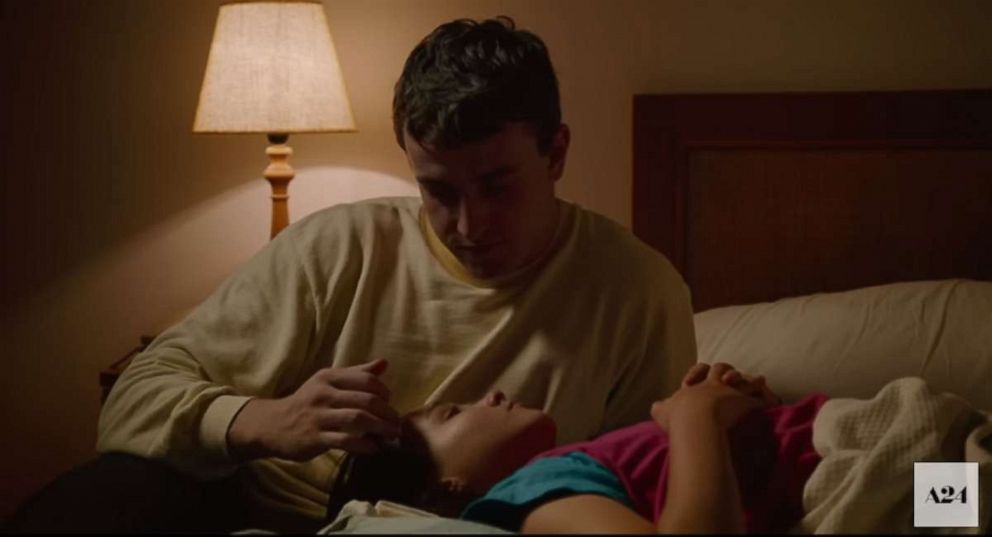 A24 Films
Paul Mescal and Frankie Corio are shown in a scene from "Aftersun."

If 2022 produced a more rousing, jet blast of action laced with tender feeling, I never found it. Tom Cruise took 36 years to create a sequel that critics loved as much as audiences, who paid almost $1.5 billion at the global box-office to see it. Can this kind of popcorn fun win a best picture Oscar? Hey, underdog heroes from "Rocky" to "Gladiator" pulled it off. Why not Cruise? At 60, playing a Navy pilot instructor benched for insubordination, he's a maverick for the ages. 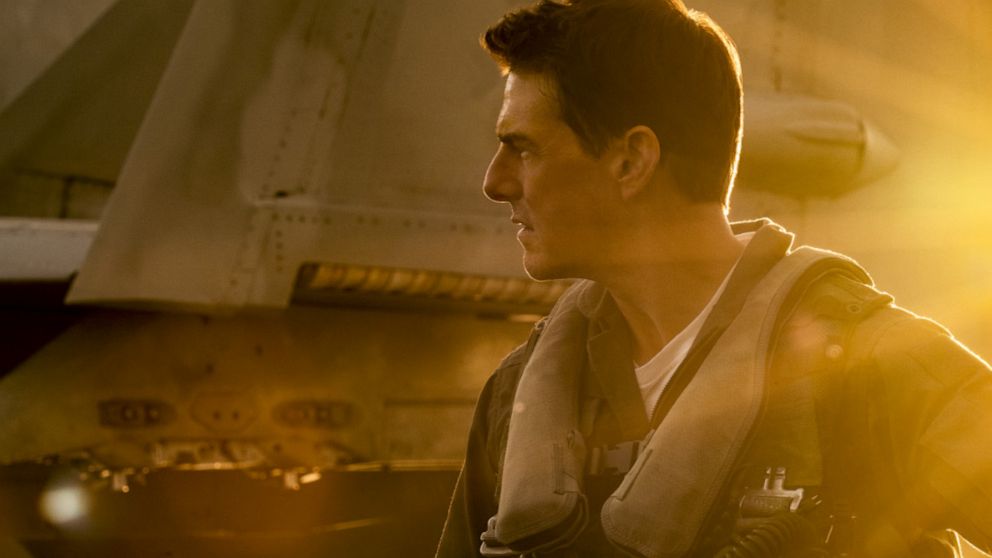 4. "The Banshees of Inisherin"

Ignited by career-best performances from Colin Farrell and Brendan Gleason, this mesmerizer from Martin McDonagh brims with comic magic and jolts of bloody scary hell. That’s family for you. Set in the fictional Irish island of Inisherin in 1923, the film finds two pals breaking up when one cuts the other dead in parallel to the civil war raging across the pond. Farrell’s Pádraic is a simple soul who lives with his sister (a glorious Kerry Condon), but treats Gleason’s Colm like a brother until Colm threatens to cut off a finger for every word Padraic speaks to him. Fasten your seatbelts. 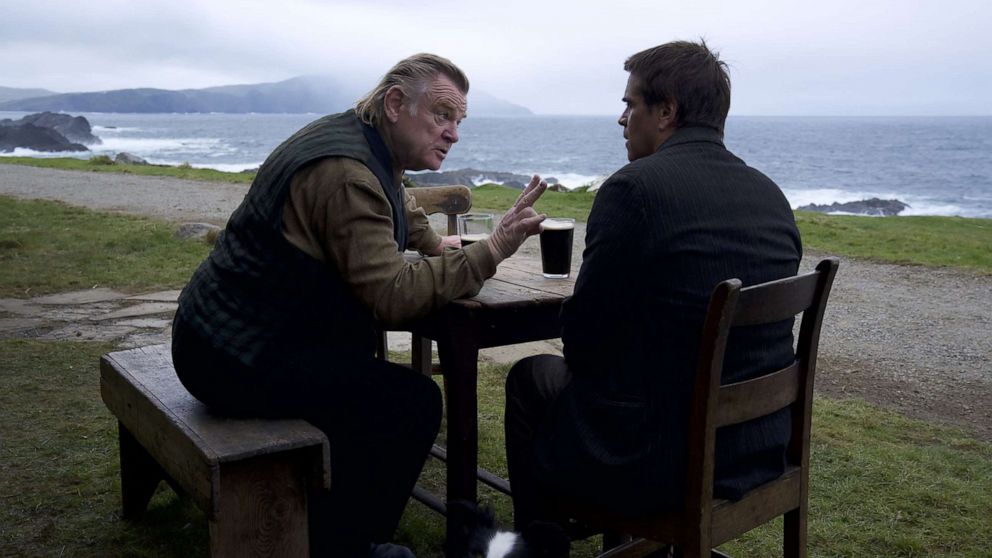 Here’s a personal best from Steven Spielberg who uses his own family -- he calls them the Fabelmans -- to show himself as a kid (Gabriel LaBelle) who conquered his fear of movies (too scary!) by figuring out how they worked. Spielberg the legend doesn’t show up in this coming-of-age fable, just a boy facing demons of self-doubt, antisemitic bullying and the gut punch that his beloved mom (a sublime Michelle Williams) is cheating on dad (Paul Dano). "Family, art, it will tear you in two," says a superb Judd Hirsch as the kid’s crazy showbiz uncle. He’s not wrong. Spielberg and co-writer Tony Kushner show no fear of the darkness at the edge of what’s shaping up to be an enduring screen classic. 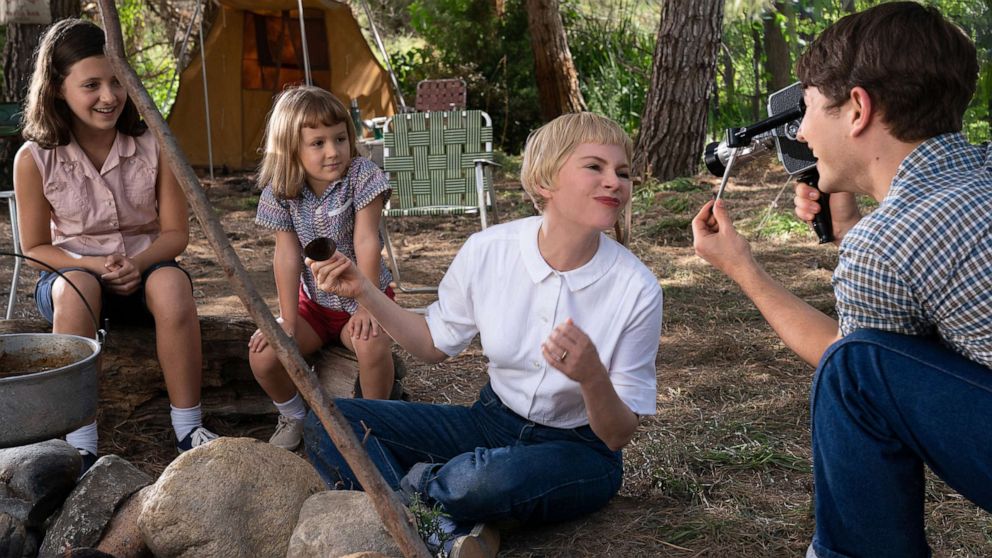 Universal Pictures
Keeley Karsten, Sophia Kopera, Michelle Williams and Gabriel LaBelle in a scene from the movie, "The Fabelmans."

In the only cinematic explosion this year to rival "Everything Everywhere All at Once" for rule-busting experimentation, Oscar favorite Cate Blanchett delivers a towering tour de force. She portrays classical music conductor Lydia Tar, a fictional force of cruel nature who uses her power to seduce and bully women under her baton. In his first film in 16 years, the brilliant writer-director Todd Field asks what happens when cancel culture knocks a genius off her pedestal. Sparked by Lydia’s visit to her unhappy family, the ending will knock you sideways. 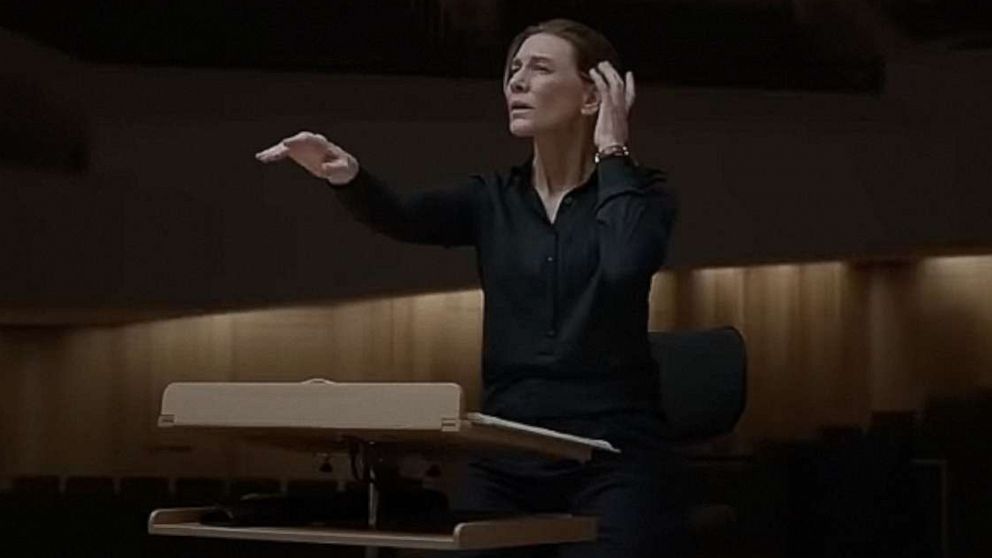 1. "Everything Everywhere All at Once"

One reason this burst of uncontainable energy tops the year’s best list is the way you can feel the future of movies and their infinite possibilities popping in every frame. Thirtysomething writer-directors Daniel Kwan and Daniel Scheinert -- they call themselves the Daniels -- throw everything they have at the screen. That means taking a story about how a bickering family of Chinese-American laundromat owners -- mom (Michelle Yeoh), dad (Ke Huy Quan) and daughter (Stephanie Hsu) -- face down an IRS auditor (Jamie Lee Curtis) by zapping into the multiverse where a dead-end is suddenly alive with possibilities. You’ll laugh till it hurts. Low-budget indie films rarely hit $100 million at the box office. This one did. How cool is that. 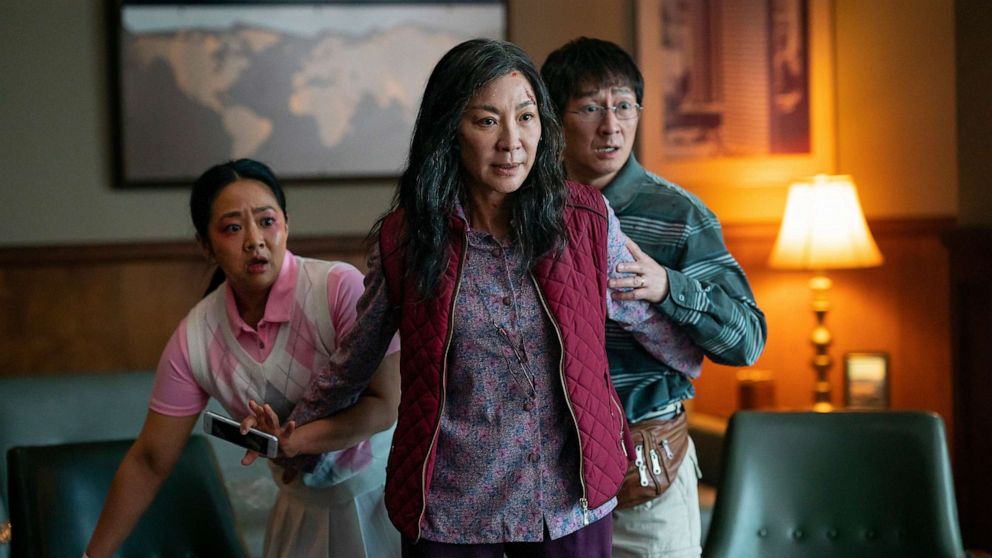 Allyson Riggs/A24 Films via AP
Stephanie Hsu, Michelle Yeoh and Ke Huy Quan in a scene from, "Everything Everywhere All At Once."