It's finally time to go back to Pandora.

The long-awaited "Avatar" sequel," "Avatar: The Way of Water," is now out in theaters.

The film sees James Cameron returning as writer, director and producer for the highly anticipated follow-up to the Academy Award-winning and box office-smashing 2009 film. For the second film in the franchise, released 13 years after the first, Cameron reunited with co-producer Jon Landau and shares a screenplay credit with Josh Friedman.

Read on to learn everything you need to know about "Avatar: The Way of Water."

What is "Avatar: The Way of Water" about?

According to the official synopsis from 20th Century Studios, "Avatar: The Way of Water" is set "more than a decade" after the events of "Avatar."

The sequel "begins to tell the story of the Sully family (Jake, Neytiri and their kids), the trouble that follows them, the lengths they go to keep each other safe, the battles they fight to stay alive and the tragedies they endure."

When is "Avatar: The Way of Water" out in theaters?

A brief refresher on the first "Avatar" film

The first "Avatar" film introduced viewers to Pandora, where the Na'vi, a race of blue creatures who share a special connection with their planet, live. Humans, in the year 2154, are able to traverse the alien environment by connecting their minds to the bodies of an Avatar. Among the humans is Jake Sully (Sam Worthington), a paraplegic Marine who regains the ability to move when connected to the Avatar. While interacting with the Na'vi, Jake falls in love with one named Neytiri (Zoe Saldaña). As they become closer, he must help Neytiri and the other Na'vi protect their planet from a group of humans that wishes to exploit Pandora's natural resources.

"Avatar" was a box office juggernaut and is still the top-grossing film of all time worldwide, having earned more than $2.8 billion. It is also currently the fourth highest-grossing film domestically.

The film won three Oscars -- best cinematography, best visual effects and best art direction -- out of the nine it was nominated for, including best picture.

Who's in the "Avatar: The Way of Water" cast?

Worthington and Saldaña lead the cast of "Avatar: The Way of Water," reprising their characters, Jake Sully and Neytiri, from the first film.

Wait, how is Sigourney Weaver back for the sequel?

Fans of "Avatar" may be wondering how Weaver will be part of the "Avatar: The Way of Water" cast since her character, Dr. Grace Augustine, the head of the Avatar program on Pandora, died in the first film.

This time, she is playing a character named Kiri, who is the 14-year-old daughter of Jake Sully and Neytiri.

Is there an "Avatar: The Way of Water" trailer?

The official teaser trailer for the film was released in May. The clip shows dazzling scenes from Pandora and features only one line of dialogue spoken by Worthington's Jake Sully, who says, "I know one thing ... wherever we go ... this family ... is our fortress."

A first official trailer was released on Nov. 2 and gave fans more of an idea of the story as well as showcased the dazzling visuals they can expect.

The latest official trailer, released Nov. 21, was chock-full of action, showing the characters fending off an invading force -- this time on the water as opposed to on land like the first film.

What is the cast saying about "Avatar: The Way of Water"?

Saldaña told "Good Morning America" she is "emotional" and "all over the place" now that "Avatar: The Way of Water" is finally being released, calling it "a dream come true" to see it come out.

The "Guardians of the Galaxy" actress said the first "Avatar" movie holds a special place in her heart because of "the conversation that it started ... about the environment."

While Saldaña said she is no longer able to hold her breath underwater for five minutes like she could during filming, which wrapped in 2018, she has "been able to retain some of that information and practice those tools and teach my sons while they're learning to be fluid in the water."

5:13
Saldana talks returning to the franchise and the highly anticipated sequel, which is set to be one of the biggest movies of the year.

Weaver called the film "such a complete experience" and "so moving" in an interview with "Good Morning America," adding that "it doesn't feel like a film."

The "Aliens" actress said she can often be "a little critical" during the initial viewing of a new project, but she and the rest of the cast were "so swept away by the story" when they saw the "Avatar" follow-up for the first time.

To get her new character's voice down, Weaver said she studied what the voice of a 14-year-old would sound like and discovered there wasn't really an answer, as some voices of that age sounded young and some sounded adult. Instead, she said she had to "unearth" her own inner 14-year-old and "just got out of her way."

4:05
The three-time Oscar nominee is now starring in "Avatar: The Way of Water."

Worthington called the film "an experience," telling "Good Morning America," "You don't actually see this film, you're going to feel it."

The actor said he saw the movie for the first time at an intimate screening, with folks like Saldaña and Weaver, and said "there [were] a lot of tears going because of the story."

"The movie ... it's a spectacle, but it's about protecting your family and that really comes through -- this love and what we would do for those that we love," he said.

Worthington said he doesn't feel pressure for the follow-up to be as successful as the first and he just hopes "it connects emotionally to people."

"That's what you hope for," he said. "You can't anticipate, you know, big numbers or anything like that -- that's not what you do this for. You do it to tell a story that emotionally resonates."

3:23
The star of the film talks about the intense training to return to the franchise and what fans can expect from the highly anticipated release.

How long will "Avatar: The Way of Water" be?

While the first "Avatar" film clocked in at 162 minutes (2 hours and 42 minutes) for its theatrical cut, "Avatar: The Way of Water" clocks in at 3 hours and 12 minutes according to showtime listings from both AMC and Regal movie theaters.

Cameron told Empire magazine he didn't want "anybody whining about the length" of the film when it's commonplace for people to binge-watch television shows these days. "Here's the big social paradigm shift that has to happen: It's OK to get up and go pee," he said.

Yes, a third "Avatar" film is coming and is slated for release on Dec. 20, 2024. Filming for "Avatar 3" -- which currently has no official title -- was done simultaneously with "Avatar: The Way of Water."

Where can I watch "Avatar"?

"Avatar" is currently available to stream on Disney+ here.

It briefly returned to theaters for a limited time in anticipation of the sequel's release.

What other films has James Cameron directed? 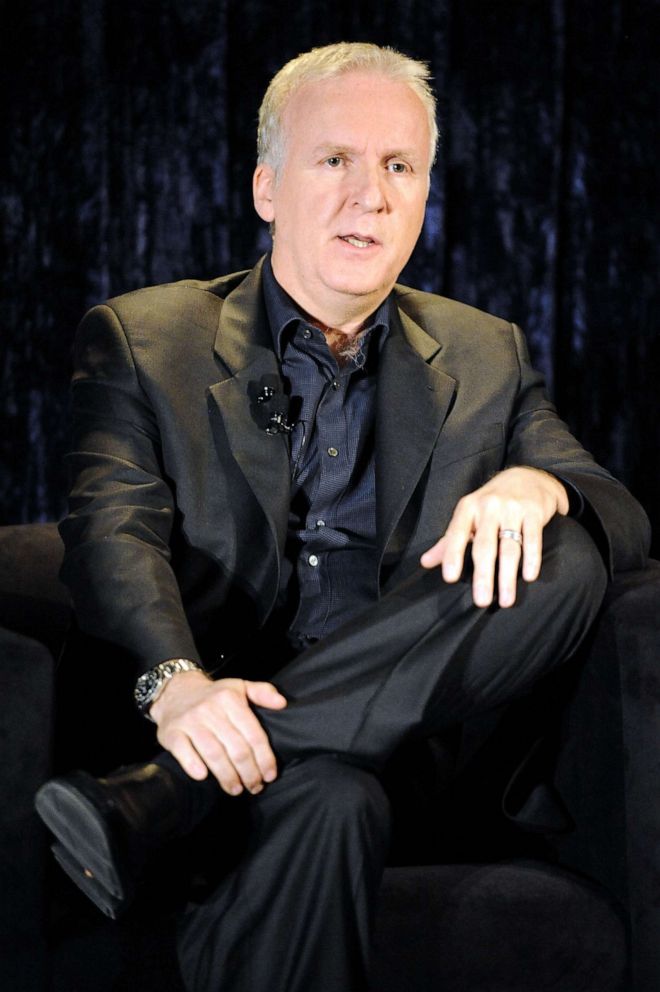