Sometimes a movie can sneak up and floor you.

Such a phenom is “Sisters on Track,” a deeply emotional documentary starting this week on Netflix that deserves a place on your must-see list.

It’s the eye-opening true story of three Black sisters from Brooklyn who emerged from a homeless shelter with their single mother to become junior Olympians in track and Sports Illustrated’s Kids of the Year. Most documentaries would end with that 2016 triumph.

For this movie it’s just the beginning. Co-directed by Corinne van der Borch, a Dutch filmmaker based in New York, and Tone Grøttjord-Glenne, a Norwegian documentarian, “Sisters on Track” follows the Sheppard siblings — Tai (12), Rainn (11) and Brooke (9) — over three years as they cope with how their brush with fame might impact their future.

After being interviewed on “The View” and set up in a furnished apartment with filmmaker-philanthropist Tyler Perry paying their rent for two years, the girls and their mom, Tonia, must face what’s next with feelings of exhilaration and understandable trepidation. 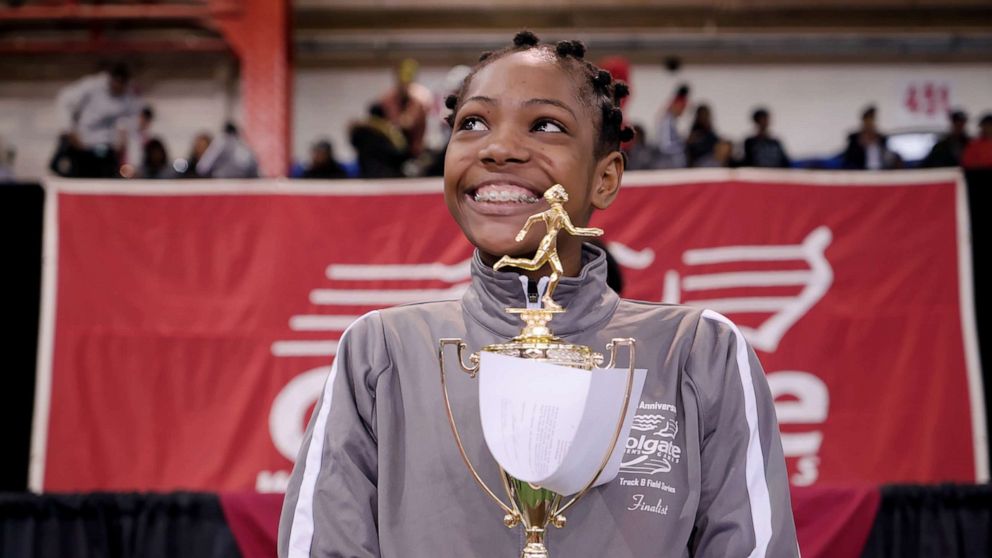 Netflix
Rainn Sheppard in the film, "Sister on Track."

Having lost her only son to gun violence, Tonia is determined to get suitable employment and keep her girls away from the streets and the lure of sex and drugs. The answer is to provide career goals for each of them, which requires the tough love of a mentor.

Enter Jean Bell, the girls’ track coach and the film’s warrior hero. A lawyer raised in the projects, Bell has been coaching girls’ athletics without salary for 33 years. She sees what the Sheppards can be and signs them up to the Jeuness Track Club, which she founded in 1985.

And we’re off. Coach Jean doesn’t just push hard on the field, she’s a bear about education. When Tai is suspended for throwing a crayon at a teacher, Jean finds the punishment a valuable teaching lesson. As the coach told the filmmakers: "As a Black person, you have to be excellent in order to be considered average.”

What’s on screen is first and foremost a coming-of-age story. Each girl knows she needs a scholarship to continue her education on a full ride. When it comes to measuring up, stress can be a killer, especially on Rainn when her grades fall short. But Brooke’s goal to be a biochemist isn’t a pipe dream, it’s a real possibility. 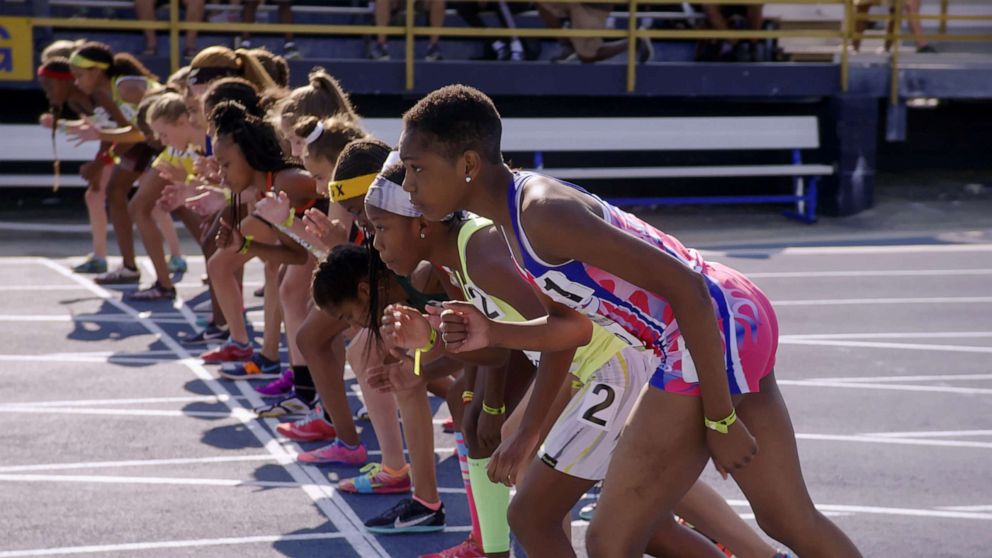 Netflix
Rainn Sheppard in the film, "Sister on Track."

It’s rowdy fun when puberty and boys enter the picture and Coach Jean’s sex education class is a hoot. In an inspired move, the filmmakers gave the girls their own digital camera to record the intimate moments among them and their friends. By the time the film ends, you’ll feel close to the girls. How could you not? You’ve just watched them grow up.

This film doesn’t make speeches. Systemic racism is a fact of life for the girls, who aren’t among the disturbingly low number of seven Black students who are accepted into New York’s Stuyvesant High School. But Coach Jean is a force of nature — every home should have one — and with her help the Sheppards refuse to let anger kill hope.

In its own modest way, “Sisters on Track” is revolutionary. Directed by two non-American white women with no prior knowledge of track, the film speaks to the Black experience in sports and life through a community of female soldiers who don’t need men to define them. You’ll want to stand up and cheer.