How could "The Son" be so bad when it comes from Florian Zeller, the French writer-director who spawned "The Father," the 2020 film that won an Oscar for an astounding Sir Anthony Hopkins? Even with Hugh Jackman acting his heart out, "The Son" feels like a poor relation.

Now opening nationwide after a brief, Oscar-qualifying run in November, "The Son" huffs and puffs, only to blow down the shaky house of cards that Zeller has erected from his 2018 stage play. In the name of "The Father," you want "The Son" to show the same empathy to a severely depressed teenager that Hopkins brought to an old man losing his soul to dementia. 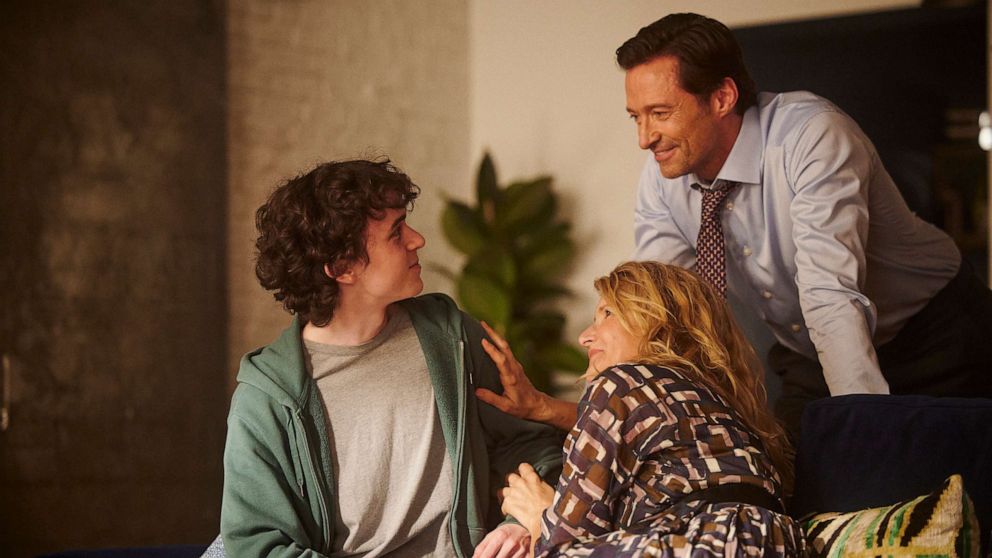 Sony Pictures Classics
A scene from the movie "The Son."

The teen is Nicholas (newcomer Zen McGrath in over his head), the son of Peter Miller (Jackman), a successful Manhattan attorney who's left his wife Kate (an anguished Laura Dern) and son to start a new life with younger woman Beth (Vanessa Kirby) and their infant son.

Nicholas is devastated. He skips school for a month, starts cutting himself and begs Peter to take him in. Kate knows it's for the best. "I'm scared of him," she says. But the move is a band-aid on a mental-health issue this movie barely understands, much less knows how to dramatize.

The actors end up in shouting matches, written by Zeller and the acclaimed playwright Christopher Hampton, his collaborator and translator on "The Father" for which they both shared a screenwriting Academy Award. Not this time.

"I feel like my head is exploding," says Nicholas, stating the obvious in the sledgehammer style Zeller seems to favor.

"What's going to become of you?" Peter demands of his son, as if depression were a choice instead of an illness. 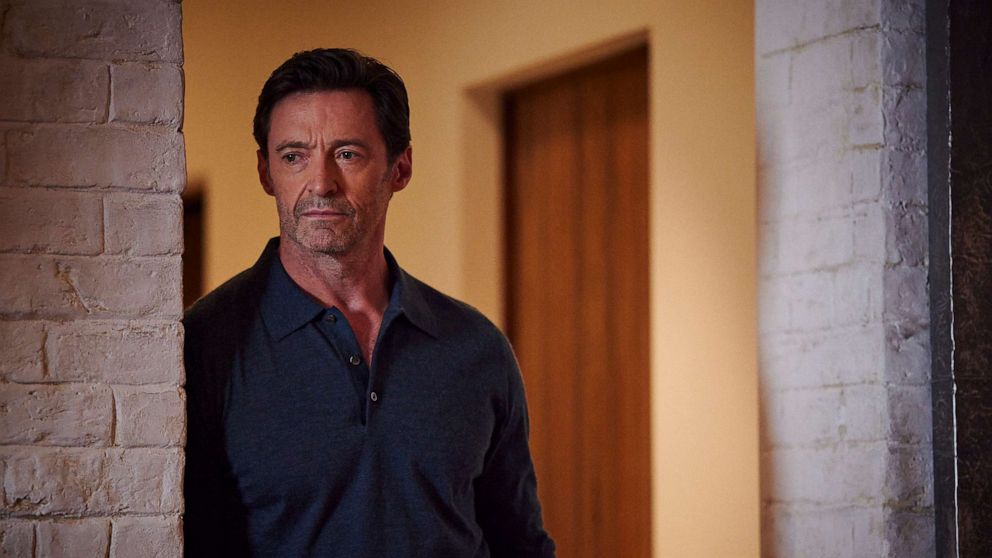 Sony Pictures Classics
Hugh Jackman in a scene from "The Son."

This leaves the actors stranded. Dern mostly gets weepy. Kirby has a role with more potential, playing a stepmother whose workaholic husband dodges responsibility. In one of the film's rare forays into lightness, she encourages Nicholas and Peter to dance out their troubles to the Tom Jones hit "It's Not Unusual." But the final close-up on lost and sullen Nicholas says it all.

Strangely, the film springs to life during the one scene featuring the great Hopkins as Peter's father, not the parent he played in "The Father" but an obscenely wealthy absentee daddy who thinks Peter is an idiot for turning down a chance at politics to help Nicholas. "What do you want, applause?" says the contemptuous patriarch. "Get over it."

Sadly, "The Son" never gets over its decision to wallow in self pity. When Peter and Kate finally seek psychiatric help for their now-institutionalized son, they opt to ignore medical advice to follow their own instincts that all you need is love. Maybe in song, but rarely in reality.

MORE: Review: 'M3gan' is a miracle of modern horror cinema that leaves you reeling

Zeller's film seems to revel in its lack of knowledge of what clinical depression really is, leading to a tragic ending you can see coming for miles. What's that rifle doing in the laundry room? And why does Nicholas seem secretly pleased when he comes home for a visit?