Here's the best movie you never heard of. And yet "Drive My Car," only in theaters, keeps racking up best picture awards in New York, Los Angeles and Toronto and even the elitist National Society of Film Critics. It's a near lock to win the foreign-language Oscar for Japan and maybe go all the way to the big prize just as South Korea’s “Parasite” did two years ago.

So why is "Drive My Car" not on your to-do list? The subtitles and three-hour length are factors. But why be deterred when writer-director Ryûsuke Hamaguchi rewards every demand he makes in this flat-out masterpiece that manages to be enthralling from first scene to last. 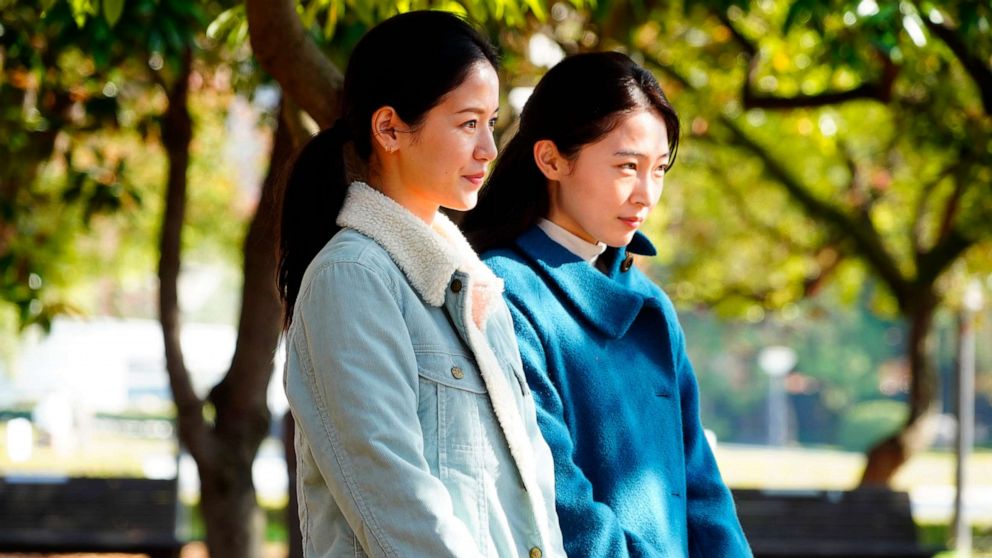 Sideshow/Janus Films
Sonia Yuan and Park Yurim in a scene from "Drive my Car."

Despite the action verb "drive," the film has nothing to do with racing, except the protagonist, actor and stage director Yûsuke Kafuku (the brilliant Hidetoshi Nishijima), is racing from his past and the realization that his late wife, Oto (Reika Kirishima), had been cheating on him.

Driving his red Saab 900 from Tokyo to Hiroshima to direct Chekov's "Uncle Vanya," Yûsuke decides to stage the Russian play in different tongues, including sign language. When Yûsuke inexplicably casts his dead wife’s young, TV star lover, Takatsuki (Masaki Okada), as the middle-aged Vanya -- a role more fitting for him -- the stage is set for soap opera. Instead, Hamaguchi delivers exquisite artistry that will have you choking back tears.

It’s the space between words that captivates us. Yûsuke is resistant when safety rules at the theater necessitate his having a chauffeur. She is Misaki (a glorious Tôko Miura), 23 and intimidated into silence by her famous passenger. But she’s a pro behind the wheel, right up there with slender Alana Heim forcing a jumbo truck to do her bidding in "Licorice Pizza." 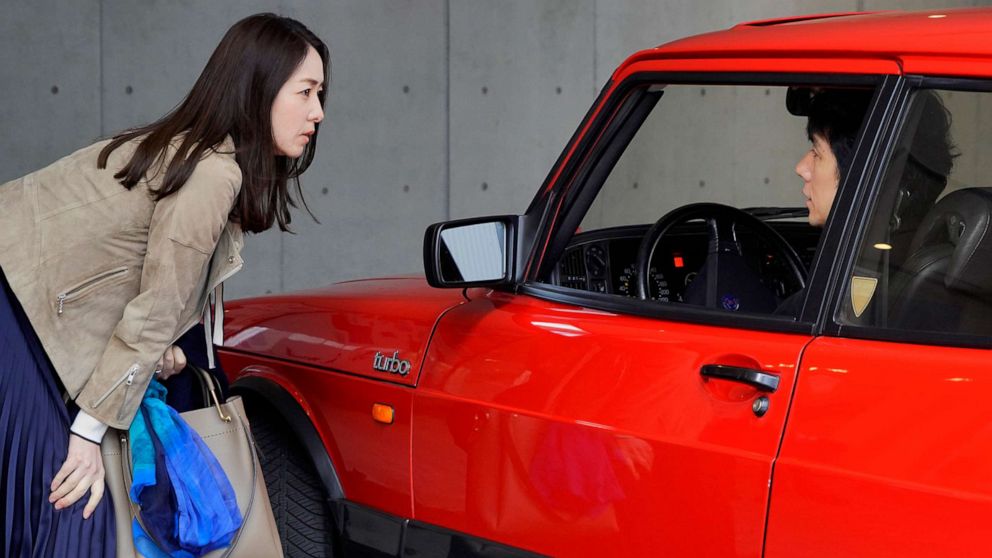 Sideshow/Janus Films
Reika Kirishima and Hidetoshi Nishijima in a scene from "Drive My Car."

Yûsuke and his driver develop a relationship, but not in the way you think. Nothing in "Drive My Car" develops in the way you think. Surprise is essential to the abundant pleasures in this new screen classic. Hamaguchi works quiet miracles, transforming Haruki Murakami's acclaimed 2014 short story into a model of screen adaptation that’s both literary and thrillingly emotional.

In an early scene of Yûsuke driving his own car, he listens to audio of his wife, a TV writer who often dreamed up ideas for stories during sex and later recorded them, reading the play. In the Saab, he adds his own voice to hers and we see the ghostly inspiration she still exerts on his art despite the pressures of her betrayal and a shared tragedy.

That connective link is echoed later when Misaki and Yusuke travel to her mountain village, where a landslide destroyed her family home. Both characters will tease out the implications of how they cope with tragedy, proving they are often stronger in the broken places.

Delicate business is being transacted here and Hamaguchi never strikes a false note. Just as the actors rehearsing "Uncle Vanya" slowly grow to understand their characters, Hamaguchi lavishes time and attention on Yûsuke and Misaki so that the audience not only understands but breathes with them. The cumulative effect is devastating. Oscar, it's your move.