Instead of trying to get a fix on the whirlwind of dizzying delights that writer-director Paul Thomas Anderson calls “Licorice Pizza,” just find a theater where it’s playing (it’s not currently streaming) and get set for a screwball comedy explosion about the serious business of first love.

The movie boasts big names, including Bradley Cooper, Sean Penn and frequent references to Barbra Streisand, but focuses on two new stars: Alana Haim, a musician with the sister trio band Haim, and Cooper Hoffman, the lookalike son of the late Philip Seymour Hoffman. Neither has acted before. But Haim and Hoffman light up the screen. They’re to die for.

“Licorice Pizza” refers to a now-defunct chain of record stores in LA’s San Fernando Valley in the 1970s, where Anderson grew up and the story is set. But the director, known as PTA by film junkies, never mentions the franchise. Maybe it’s better to see licorice and pizza as two things that don’t go together until they do in this love mismatch made in heaven. 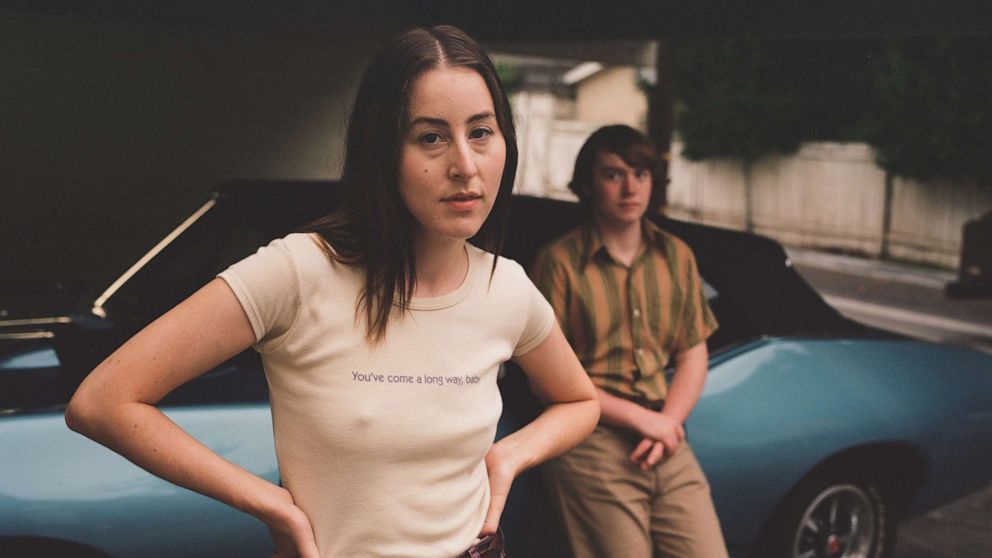 Hoffman, 18, plays 15-year-old Gary Valentine, a child actor whose confidence far exceeds his talent. Haim, 29, plays Alana Kane, a 25-year-old firecracker who brushes off the swaggering Gary when he hits on her while she’s assisting at a photoshoot for his high school yearbook.

As Gary and Alana snipe, flirt and rush at each other, Anderson throws out obstacles: the age difference, the clashing personalities, the way his immaturity keeps bumping against her smarts, and the subculture of politics and Hollywood that threatens to swallow them up.

Gary persuades his manager mom (Mary Elizabeth Ellis) to let Alana chaperone him to New York for a cast reunion for “Under One Roof,” the cornball family comedy that put him on the map. Gary even wrangles Alana an interview with talent agent Mary Grady (Harriet Sansom Harris, an acid-tongued hoot), who says that Alana’s “very Jewish nose” is an asset these days.

She’s referring to Streisand, which cues the entrance of Bradley Cooper—off-the-charts hilarious as Jon Peters, the womanizing, rageaholic hairdresser who’s dating the legend and hires Gary and Alana to install a waterbed to get some waves going in his sex life with Barbra.

The waterbed is part of Gary’s entrepreneurial attempt to strike it rich in business (pinball machines will come later). A flooding disaster strikes during the installation, which necessitates an escape by truck, with Alana driving the hairpin turns like a hardened teamster.

Haim also drives the movie in a performance of such brash, buoyant naturalness and emotional nuance that her film debut is one for the ages. Whether Alana is getting mixed up with a predatory movie star (Sean Penn doing sly and sossled) and a closeted mayoral candidate —smarmed by Benny Safdie of the filmmaking Safdie brothers— her infatuations go nowhere. 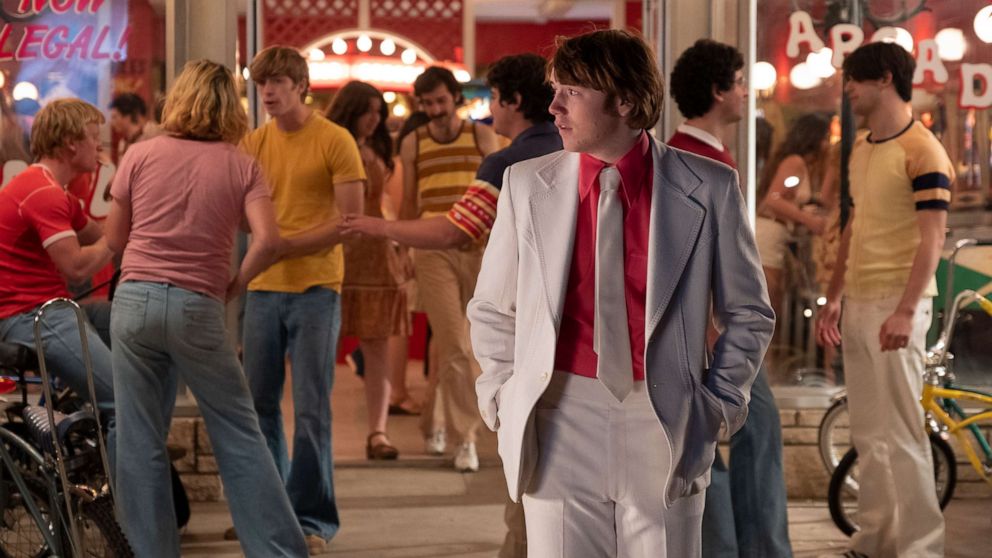 Alana admits it’s “weird“ to hang out with Gary and his 15-year-old friends, but she can’t help herself. Neither can the movie. Set to an infectious period soundtrack that has David Bowie asking, “is there life on Mars,” Anderson's cinematic rollercoaster asks if there’s life for Alana and Gary in a world of political and personal disillusionment?

Sure there is. “Licorice Pizza” is a family affair. PTA has directed videos for Halm and casts Alana’s parents and sisters to play versions of themselves. He’s also an unofficial godfather to Hoffman whose dad appeared in five of his films, including “The Master” and “Boogie Nights.”

What is PTA, the director of such epic odysseys as “There Will Be Blood” and “Magnolia,” doing with this quirky, quicksilver romance that revels in its own random lunacy? Showing his love, that’s what, for the time, the place, the feeling and two fledgling actors he clearly adores.

Don’t mistake “Licorice Pizza” for a minor work from a major director, clearly the best of his generation. You’d be ignoring how the movie keeps sparking in your head and heart. No way does Anderson write a happy ending for an uncertain future. But his portrait of youth alive to the pinwheeling joy of possibility is totally irresistible and one of the very best movies of the year.