"We must decide to stay and fight or leave. We will not do nothing."

With those words, spoken by a quietly devastating Judith Ivey, "Women Talking" (in theaters starting Dec. 23) lays out its thesis about male abuse of females that applies as much to the troubled world we live in now as it does to the isolated Mennonite farm colony where the film is set.

For misogynists, "Women Talking" is clearly the worst movie of the year as eight women spend two days in a claustrophobic hayloft debating whether to forgive and forget, as their faith demands, or forge a unknown path into a real-life version of "The Handmaid's Tale." 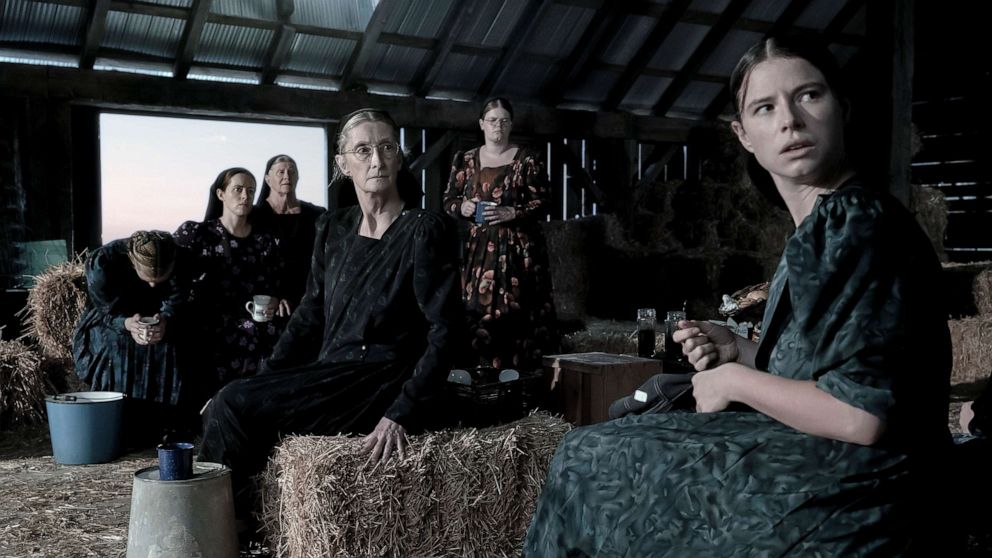 For less rigid viewers, "Women Talking" -- expertly adapted by director Sarah Polley ("Away from Her," "Stories We Tell") from the 2018 novel by fellow Canadian Miriam Toews, who was raised in a Mennonite community -- is a potent provocation that you can't get out of your head.

Toews loosely based her novel on an actual incident that happened a decade ago in Bolivia in which seven men used an animal tranquilizer to drug and rape the women and girls in their community, absurdly avoiding punishment by blaming their crimes on supernatural demons.

Polley doesn't show these assaults, suggesting only the bruised and bloody aftermath. Still, it's enough to chill you to the bone, especially with women's rights being threatened every day by men, many wearing judicial robes, as a means to control female bodies and minds.

MORE: This is Going to Hurt keeps you riveted from first scene to last: Review

Polley doesn't even try to disguise that her movie is all talk, though her filmmaking provides an internal dynamism that energizes every beat. That energy comes mostly from her actors whose performances in roles large and small are gems of ferocity and feeling.

With the male perpetrators in jail and the rest of the men following with bail money, it's up to the women to make the hard decisions. As Scarface Janz, Frances McDormand -- one of the film's producers in a small but telling role -- has already decided to stay.

That leaves the eight women in the loft to carry the burden of responsibility. Ivey's Agata, an elder of the enclave, attends with her daughters Ona (Rooney Mara) and Salome (Claire Foy), while her matriarch counterpart Greta (a superb Sheila McCarthy) is joined by her grown children, Mariche (Jessie Buckley) and Mejal (Michelle McLeod). 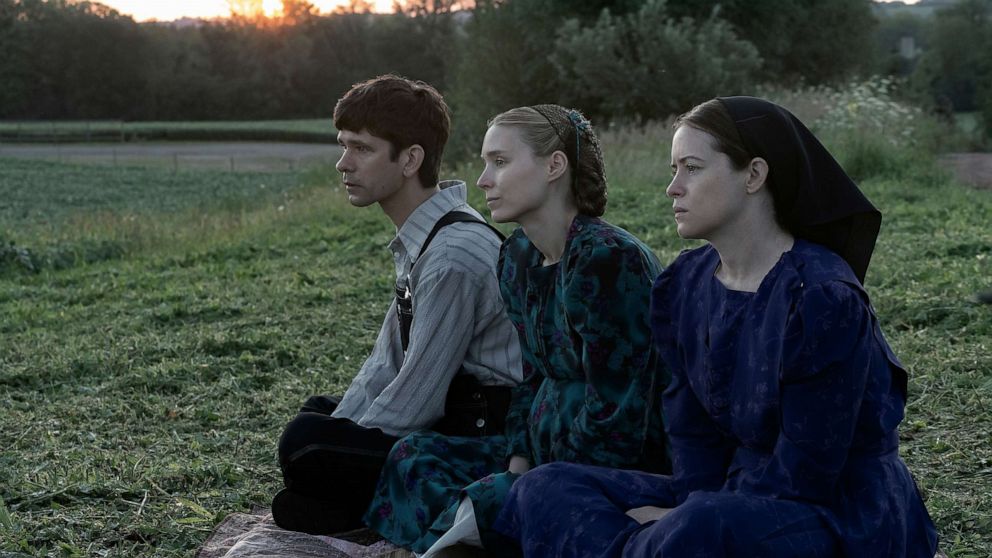 Two younger women, Autje (Kate Hallett) and Neitje (Liv McNeil), are granddaughters of Agata and Greta but can't control their need to fidget and yawn. "This is all very, very boring," says Neitje. And she's not wrong, especially when Polley lets polemics get the better of her script.

Luckily, the actors catch fire. Buckley and Foy are both magnificent in roles that give voice to the fury against the men who have bruised, infected, impregnated and terrorized them. For them, forgiveness isn't divine when men might see it as permission to do more of the same.

Mara is luminous as Ona, who willingly carries the baby of her rapist, but won't blindly follow her faith. "There must be something worth living for in this life, not only in the next."

Ona is adored by August (Ben Whishaw), a teacher who takes minutes of the meetings for women who, by order of the colony, have never been taught to read and write. Whishaw, his eyes brimming with compassion and unrequited love, is outstanding in the film's only essential male role and his award-caliber performance digs deep.

As for Ona, she can only wonder, "Why does love, the absence of love, the end of love, the need for love result in so much violence?" It's the eternal question.

Weighty themes are being unpacked here and the film does itself no favors by underlining its importance with static images, stagey speeches and desaturated color cinematography. It's lucky that Polley, a gifted performer before she turned filmmaker (this is her fourth feature), gives her actors the supreme gift of also letting them occupy the space between words.

It is at these moments, when humor intersects with heartbreak and faces tell stories that words can only hint at, that "Women Talking" becomes an act of wild female imagination that points a way forward and opens you up to a unique and unforgettable film experience.