British royalty met music royalty Sunday when Prince Harry and Meghan, the Duke and Duchess of Sussex, met Beyoncé and her husband, Jay-Z, at the European premiere of "The Lion King" in London's Leicester Square.

The two couples reportedly talked about parenthood ahead of the premiere of the live-action remake of the children's classic, in which Beyoncé voices the character of Nala. 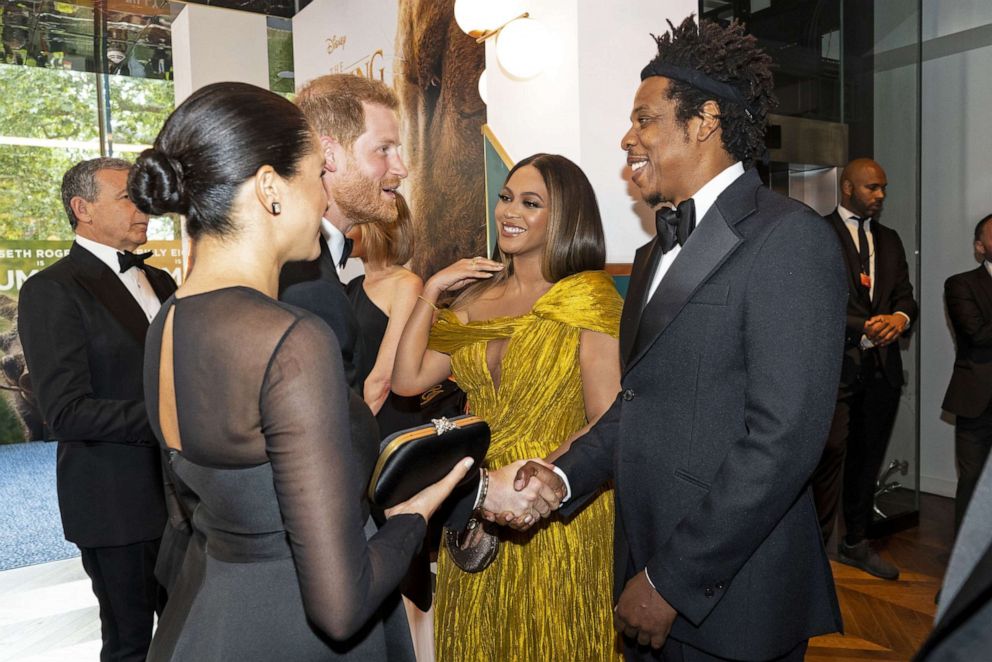 Niklas Halle'n/AFP/Getty Images
Prince Harry, Duke of Sussex and Meghan, Duchess of Sussex meet Beyonce and her husband, Jay-Z at the European premiere of "The Lion King" in London, July 14, 2019.

The original version of "The Lion King" is of special significance to the Duke and Duchess of Sussex. Harry has named it as one of his favorite movies and has said he and Meghan watched it on a date night.

The version Harry and Meghan watched at Sunday's premiere is a live-action revamp of the 1994 original Disney film, starring everyone from Beyonce to Donald Glover, Billy Eichner, Seth Rogen and Chance the Rapper. 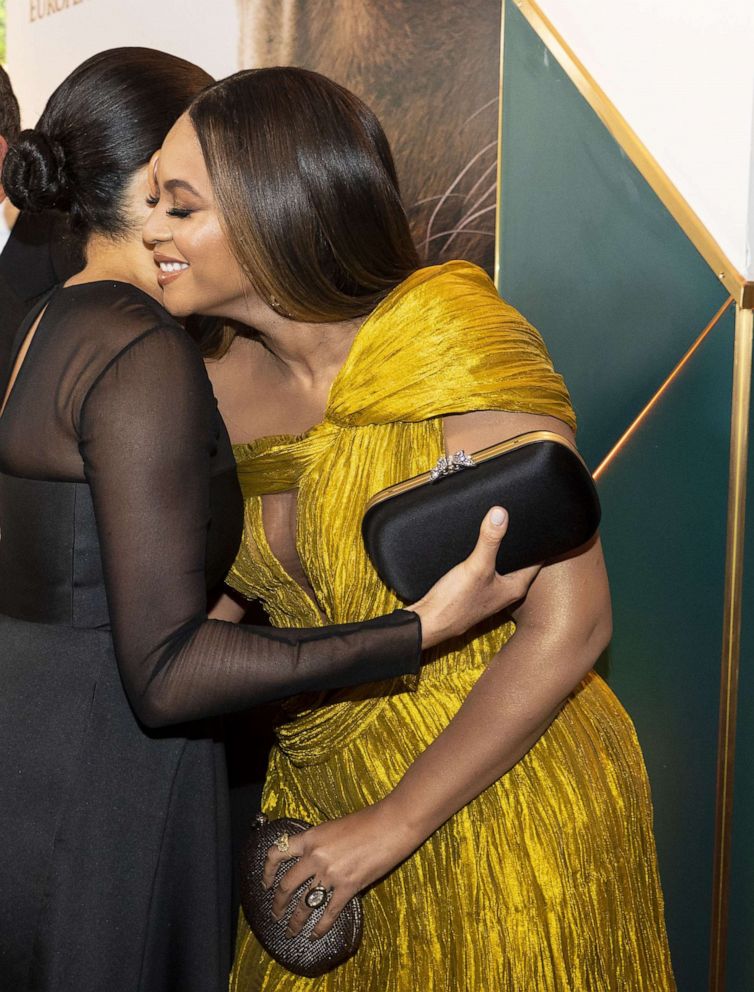 REX
Britain's Meghan, Duchess of Sussex hugs singer-songwriter Beyonce Knowles as they attend the European premiere of the film The Lion King in London, July 14 2019.

Harry and Meghan left their newborn son, Archie, at home for their parents' night out.

Meghan's appearance at Sunday's premiere was also a first for the duchess, who wed Prince Harry last year. It marked her first red carpet appearance as a member of Britain's royal family.

In honor of the film's release, Disney launched Protect the Pride, a global conservation campaign that counts among its partners The Royal Foundation, the charitable initiative of Prince Harry and Meghan and Prince William and Kate, the Duchess of Cambridge.

Harry has long been a supporter of conservation efforts, particularly in Africa, where he took Meghan to visit in the early weeks of their courtship.

The Duke and Duchess of Sussex are also planning to make an official visit to Africa this fall. It is expected the couple will bring Archie with them too. 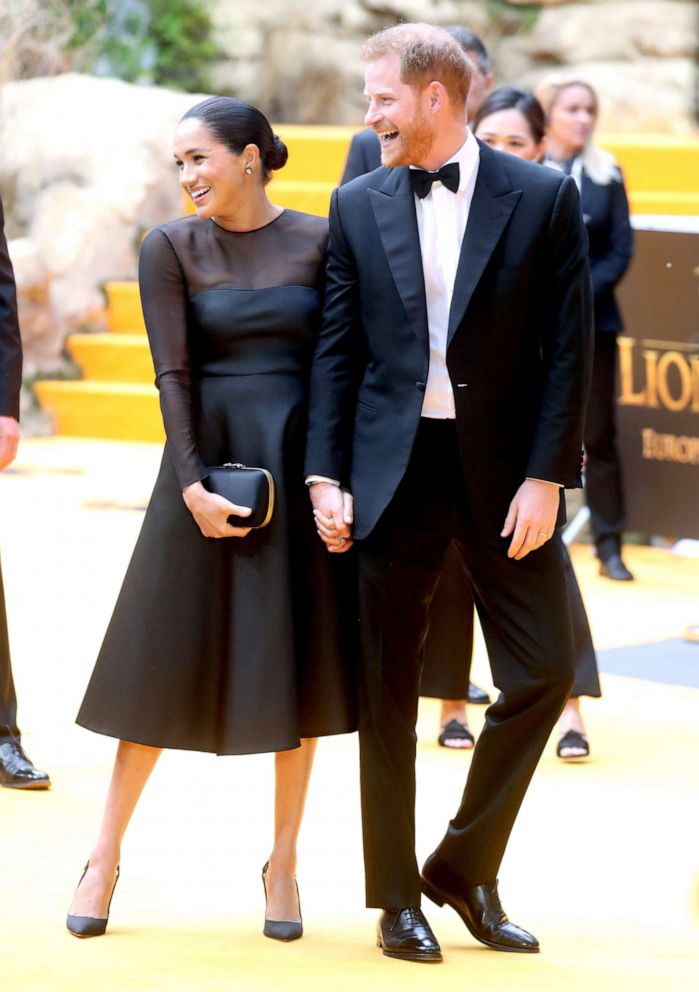 Meghan has been on maternity leave since giving birth to Archie in May but has made several public appearances in recent days. She attended Wimbledon twice, including joining Duchess Kate at Saturday's final.

She also stepped out with Kate earlier in the week, with Archie in tow, to watch Harry and Prince William compete in a charity polo match.