Sarah Jessica Parker is giving fans a sneak peek at Carrie's look in the upcoming season of "And Just Like That...."

The actress shared a snap Wednesday of one of her character's costumes from the show's highly anticipated second season, which does not yet have a release date.

Alongside a shot of her Dior heels and pigeon clutch from designer JW Anderson, she wrote, "First exterior. Streets of NY. X, SJ"

MORE: Sarah Jessica Parker opens up about Kim Cattrall, says there is ‘not a fight going on’

Parker and her co-star, Kristin Davis, who plays Charlotte York Goldenblatt on the hit show, were spotted filming in New York City that same day, revealing their entire looks. 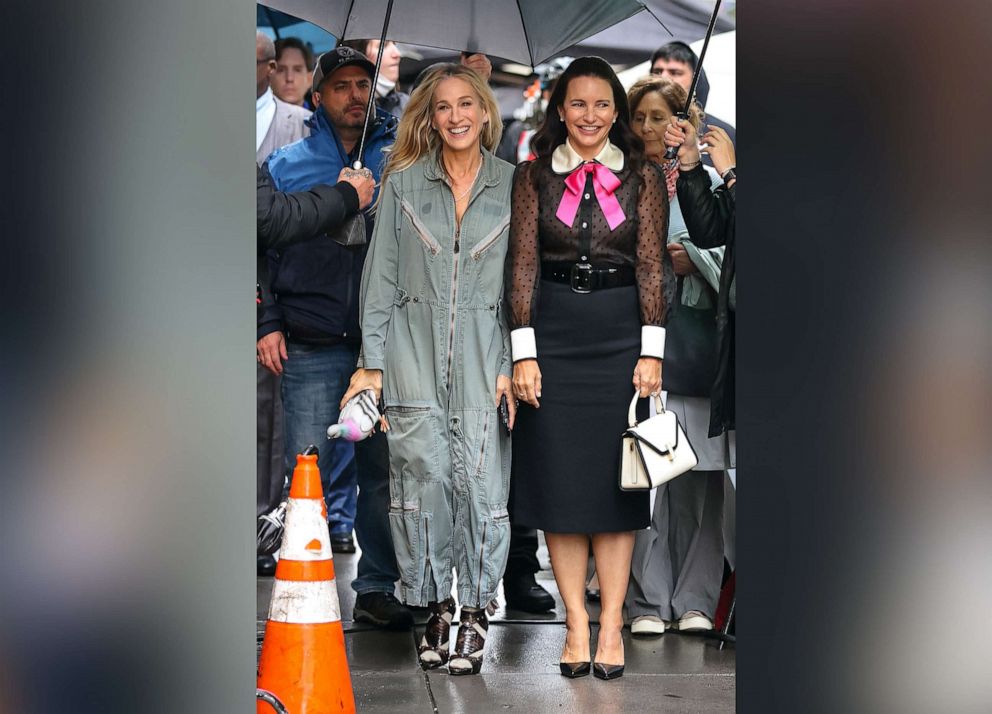 Jose Perez/Bauer-Griffin/GC Images via Getty Images
Sarah Jessica Parker and Kristin Davis are seen at film set of the "And Just Like That" Season 2 TV Series on Oct. 5, 2022 in New York City.

The official "And Just Like That..." costume account also shared a photo of Parker and Davis from filming with the caption: "Classic Charlotte! @iamkristindavis serving you a lewk on a rainy midtown street 🛎🛎💖💖 @justlikethatmax #byewegoinginside"

The show's renewal for a second season was announced in March.