Sharna Burgess wants everyone to know her chemistry with boyfriend -- and "Dancing With the Stars" partner -- Brian Austin Green is the real deal.

"This isn't a showmance, this is real life love and it's a part of our journey," the 36-year-old pro dancer wrote Monday on Instagram. "Every step. Every struggle. Every success."

The pair went on to earn 19 out of 30 from the judges for their tango set to Britney Spears' "Till the World Ends" and ultimately moved on to next week. 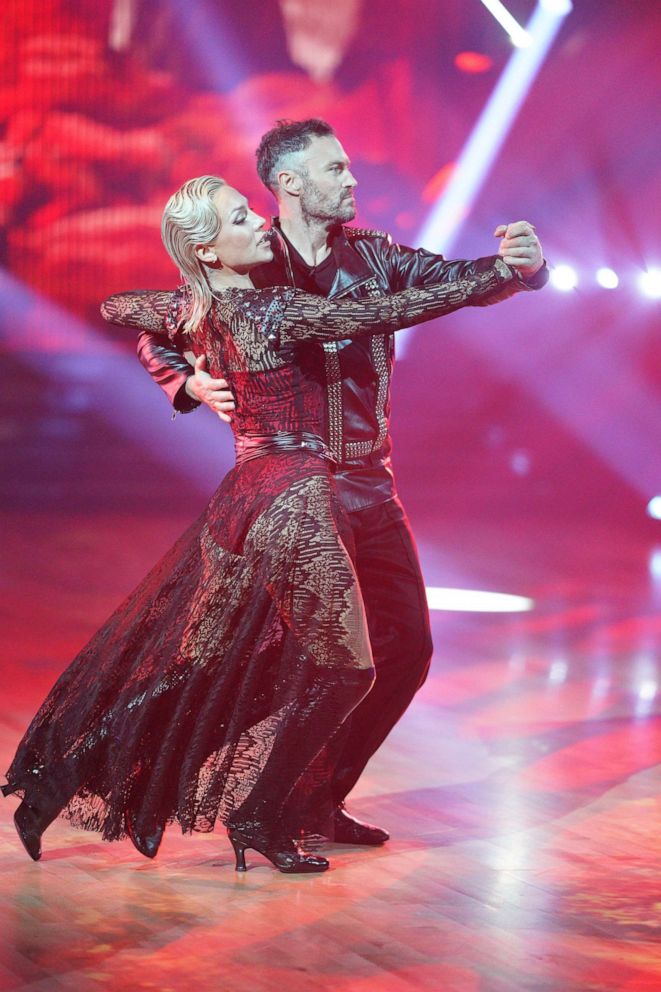 Burgess also dispelled the rumor that dancing with a romantic partner would be an easier task than dancing with someone else.

"And anyone that thinks it's an advantage I can assure you, it's not," she continued. "Coaching your boyfriend is hard, and having your girlfriend be the one to tell you all the s--- you're doing wrong is also hard."

"I am still trying to find balance between how much I love him and how much I love to create and coach for perfection on this show," the Australian native added. "What I do know is I'm grateful for every second I get on that dance floor with him. What a dream to share this."

Burgess ended her post with a sweet message for Green, 48.

"I'm so proud of you @brianaustingreen, and I'm so grateful for you," she concluded. "Your courage out there and your patience with me."

Prior to dating Burgess, the "Beverly Hills, 90210" alum was married to Megan Fox, with whom he shares three of his four children. Green and Fox divorced in 2020 after 10 years of marriage.