Sheryl Crow is speaking about the importance of breast cancer screening amid the novel coronavirus pandemic.

It's been 14 years since the 58-year-old singer was diagnosed with stage 1 breast cancer, and she says early detection played such a large role in her battle with the disease.

"I went into my routine mammogram, which obviously I was dreading like everyone does, and I was extremely athletic, [a] good eater, very healthy, no family history, so I wasn't worried about it," the singer said in an interview with "Good Morning America."

Crow said she even considered canceling the appointment because she had a lot going on and didn't think it was "necessary" at the time.

After getting her diagnosis, she took action immediately. The singer had a lumpectomy and went through 33 radiation treatments over the course of 7 weeks.

MORE: Pause in cancer treatments during COVID may cause other public health crisis

The singer encourages women to prioritize their health and continue going to their annual screenings during the pandemic when safe.

"Although we're going through a pandemic right now and we're all living through this uncertain time, it's really important for women over the age of 40 to continue to be diligent about getting your mammogram," she urged. "Because early detection really does, it does matter and we can't take care of our loved ones if we don't take care of our own health."

The National Cancer Institute estimated earlier this year that there will be 10,000 more deaths from breast and colorectal cancers in the U.S. over the next 10 years because of the pandemic's impact on screening visits and treatment.

Crow, who now gets a mammogram annually, is urging women to get back to their screenings. "We were all very recommended at the very beginning of this pandemic to put sort of our less crucial visits to the doctor on hold, but now we're five or six months into this," she said. "It really is important that we continue to observe this annual routine of getting a mammogram after the age of 40."

"It can really make the difference between having a very mild treatment or having something much more taxing," she added.

The singer said she believes women put off getting a routine mammogram for several reasons -- busy schedules, the belief that they don't have the disease because they have no family history of the disease and more.

"When you think about how life grinds to a screeching halt if we are diagnosed, it's one of those things we've put on the back burner, thinking, I'm sure I don't have it. And personally, I don't really want to know. I don't have time to deal with it right now ... It's not a good excuse."

"I'm a walking illustration of someone whose life could have been drastically different," she added. "Now I'm almost 15 years out and I'm leading a very healthy and happy and normal life because I was diagnosed at such an early stage." 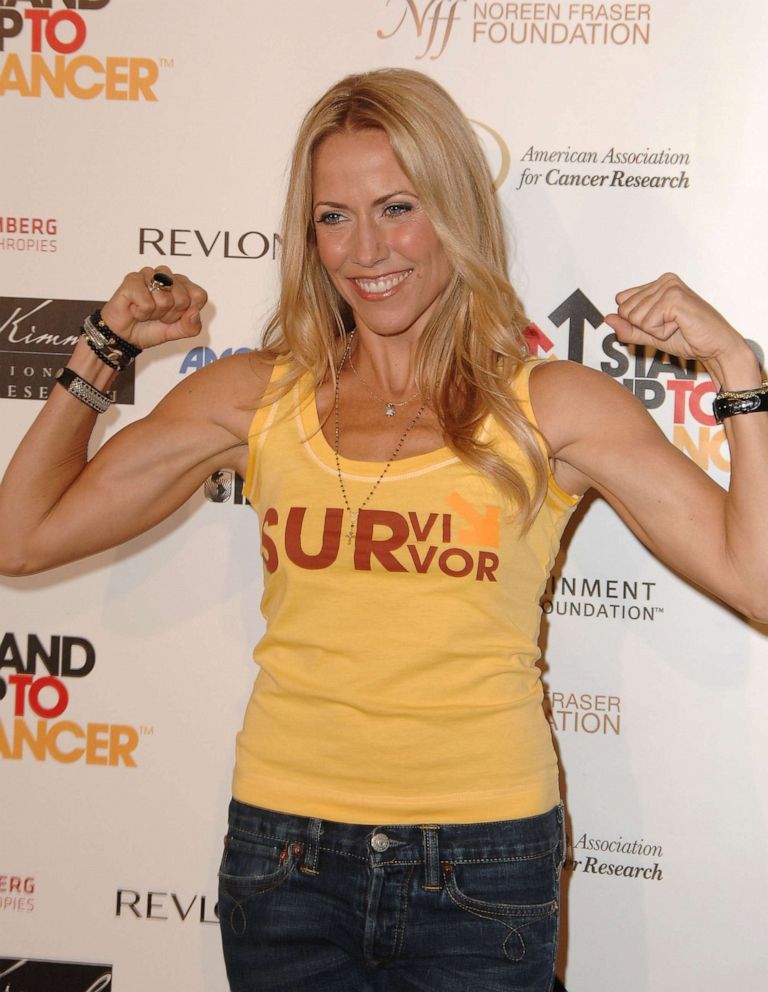 Steve Granitz/WireImage, FILE
Sheryl Crowe arrives at Stand Up For Cancer at The Kodak Theatre in Hollywood, Sept. 5, 2008.

She said her diagnosis was also a turning point in her life.

"I think anyone who's diagnosed with something that is absolutely life changing, basically meets themselves. I definitely met myself on the radiation table every morning," she said. "For that minute and a half while I was being beamed up, I carried with me this very real concept that life is fragile and that we live moment to moment."

MORE: Sheryl Crow says there is liberation in embracing your age

She said she began to "redirect" some aspects of her life, "reprogram" herself and "really learn how to incorporate having serenity and how to say no."

"That is the lesson in this pandemic as well," she added. "We're all making sure that our kids are staying healthy, we're all wearing masks, we're socially distanced ... it is still important that come November when I schedule my mammogram that I keep that appointment because life is going on...breast cancer will continue to exist, even during a pandemic."

Because of Crow's interest in spreading awareness to the importance of breast cancer screening, she recently partnered with medical technology company Hologic to urge women to continue going to their annual mammograms amid the pandemic.

As the spokesperson for the company's Genius™ 3D Mammography™ exam, she is offering fans a chance to win a virtual concert experience by entering a sweepstakes and filling out a screening reminder at BacktoScreening.com.

Editor's Note: This story was originally published on August 28, 2020.