In a flawless, show-stopping performance at the world championships in Stuttgart, Germany, over the weekend, the 22-year-old gymnast successfully landed two historic gymnastics moves: the double-double dismount on the balance beam and triple-double on floor. 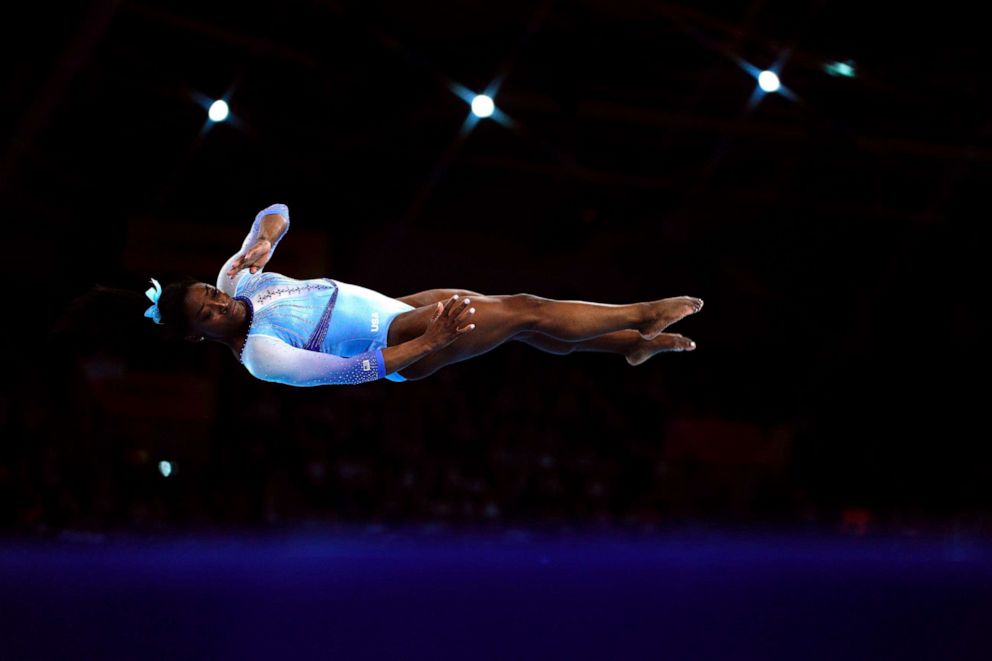 The floor element includes an incredible double backflip with three twists and the dismount on the balance beam has a jaw-dropping backflip with two twists.

There you have it, folks! 👇 @Simone_Biles successfully landed her signature double-double dismount on beam today and the element will be named the "Biles" from now on. #Stuttgart2019 pic.twitter.com/BO38BaCQ8g

Her landing of the triple-double on the floor has been named after her as the Biles II in the Gymnastics’ Code of Points. She already has a floor element named the Biles, hence the Biles II.

The move will officially be named the Biles II.

She lands the DOUBLE-DOUBLE and this element will be called the "Biles" from now on.

The moves won’t officially be named after her until the Federation of International Gymnastics gives its approval.

Biles will now have two moves named after her for floor exercise and one each on the vault and balance beam.

In order to have a move named after a gymnast, they must successfully perform the element at the world championships or at the Olympics.

The TRIPLE DOUBLE or now known as 'The Biles II'.

In August, Biles was the first female to land the two moves in competition, which helped earn her sixth all-around title at the 2019 U.S. Gymnastics Championships in Kansas City, Missouri.

In an interview with the Olympic Channel after her performance, Biles said, "My goal into tonight was to not be great. It wasn’t to do great, it was to do well and I feel like I accomplished that."

.@Simone_Biles' reaction to qualifying in first position and making every final at #Stuttgart2019 is priceless.😂

(MORE: Baby dresses up as Simone Biles in honor of gymnast's history-making moves and national title)