Olympic gymnast Simone Biles is used to feeling the weight of competition on her shoulders but the professional athlete was in a different spotlight Monday night, sporting an 88-pound dress as she ascended the famed steps for the Met Gala.

"I had six men helping me, so without their help I probably wouldn't have made it very far or into the Met at all," Biles told "Good Morning America" with a laugh. 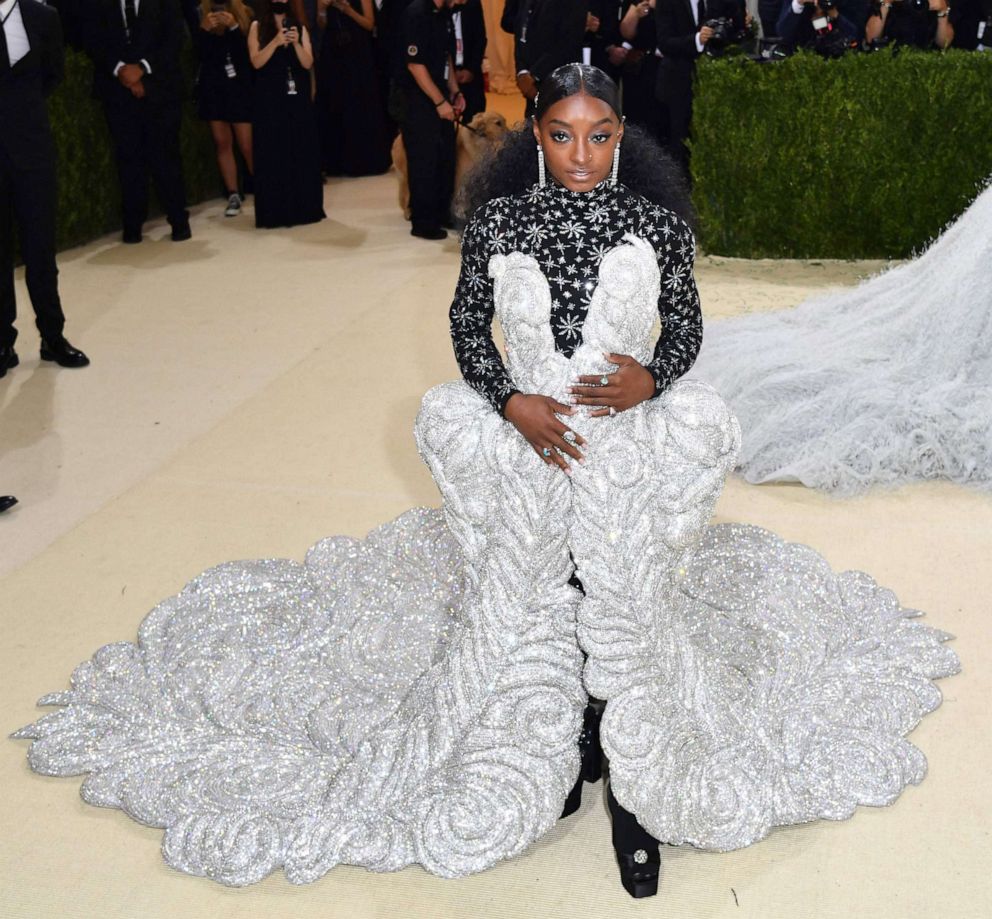 Angela Weiss/AFP via Getty Images
Simone Biles arrives for the 2021 Met Gala at the Metropolitan Museum of Art on Sept. 13, 2021 in New York.

Fresh off the Tokyo Olympics, Biles said she was pleasantly surprised to see other athletes at the A-list fashion event of the year.

"This year we had so many athletes that got to attend and so I feel like that was really nice to be able to be recognized," she said. "But a lot of the people that I didn't think they would know who I was knew -- it just shocks me because it's two different worlds like athlete, actors, actresses, celebrities, it's just so different."

Biles made headlines earlier this year for her decision to sit out of competition in the final individual all-around at the Summer Games, a decision that, combined with her withdrawal from the team final, put a spotlight on mental health and the extreme stress elite athletes like Biles are under. 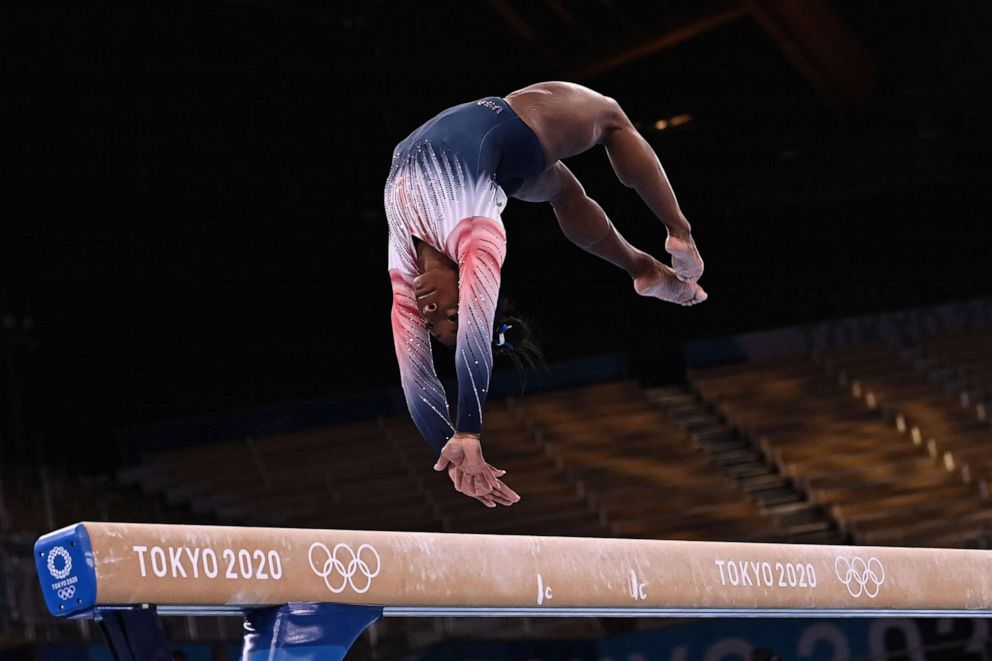 "It wasn't easy speaking out especially on such a global stage, but having their support meant the world to me," Biles said. "I just kept getting really good feedback from it so it made it a little easier because this Olympic process has not been easy and going over there without an audience, without your parents and kind of being secluded, was so different than any of the other Olympics."

She continued, "I truly believe if you take care of yourself first then everything else will fall into place, but your mental health is very important and I think it's something that we need to take a little more serious." 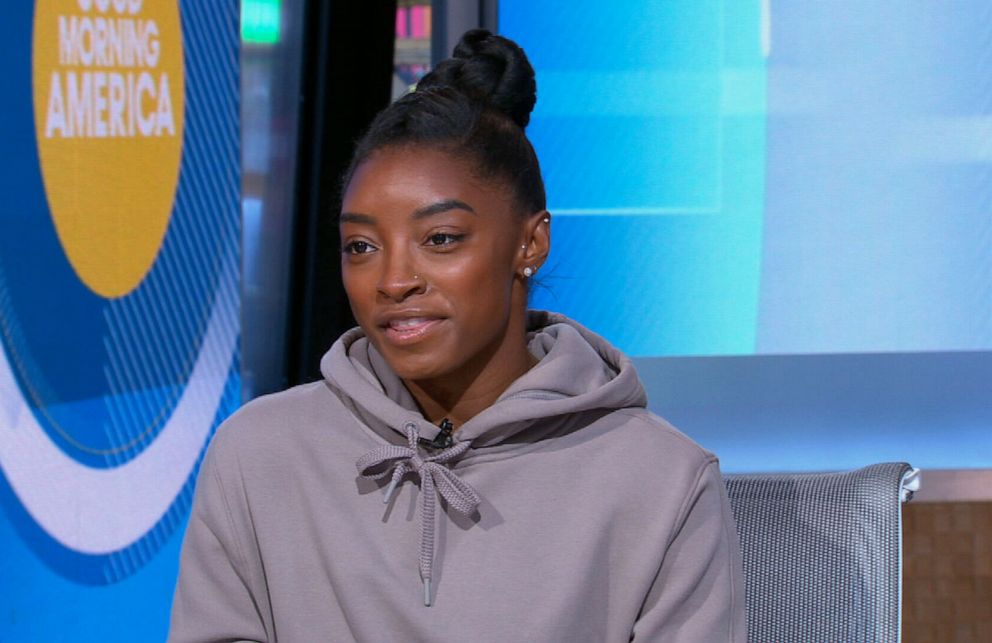 Biles, the greatest gymnast of all time with a combined total of 32 Olympic and World Championship medals, said she took some time upon arriving back home to "unwind, take care of myself, rest up, be with my family and my friends and those who care about me the most and that's been just really heartwarming."

Now, Biles is preparing to headline her own show with the Gold Over America Tour, which she described as "a pop hit concert gymnastics show with a lot of LED lights -- with some of the top tier gymnasts in the world and dancers."

The GOAT Tour will head to 35 cities around the country and runs from Sept. 21 through Nov. 6.

"I hope everybody can come out and watch just because we didn't get the audience in Tokyo, so we're hoping to at least get that interaction and see some of our fans and our family," Biles said.