Five-time Olympic gold medalist, Simone Biles, is speaking out after a new report on the investigation of convicted child molester, Larry Nassar, was released.

The 22-year-old U.S. gymnast took to Twitter to react to the newly-released Wall Street Journal (WSJ) report on Thursday that revealed she was not involved in the USA Gymnastics internal investigation on Nassar in 2015, despite being one of the gymnasts the organization reportedly knew had concerns on the former sports doctor.

The report states former president and CEO of USA Gymnastics Steve Penny allegedly knew about her concerns and intentionally did not include her in the investigation or mention her name to the FBI. He denies this claim.

Other members of the U.S. team were reportedly questioned about Nassar, but Biles did not find out about the investigation until after the 2016 Rio Olympics.

(MORE: Simone Biles says USA Gymnastics 'failed us so many times' ahead of 2019 championships)

After the release of the report, Biles tweeted: "Can’t tell you how hard this is to read and process. The pain is real and doesn’t just go away...especially when new facts are still coming out."

The tweet continued: "What’s it going to take for a complete and independent investigation of both USOPC and USAG???"

Can’t tell you how hard this is to read and process. The pain is real and doesn’t just go away...especially when new facts are still coming out. What’s it going to take for a complete and independent investigation of both USOPC and USAG??? https://t.co/UrDXIrTng9

She followed up that tweet with another message: "numb is becoming a normal feeling."

numb is becoming a normal feeling

The gymnast's parents, Ron and Nellie Biles, provided a statement to the WSJ about the report.

"We continue to struggle with how and why this happened, and every time we hear something new like this, it feels like the harshest of betrayals and it is just too painful for our family to talk about openly," the statement reads. "To this day, we still do not know why Simone’s abuse was concealed by Steve Penny, USAG and USOPC."

Biles, one of the hundreds of gymnasts, who publicly accused Nassar of sexual misconduct, has previously spoken about her discontent with USA Gymnastics and the handling of the Nassar investigation.

She first publicly revealed that she was sexually abused by Nassar in a statement on Twitter in January 2018.

"I too am one of the many survivors that was sexually abused by Larry Nassar," her statement read. "I've felt a bit broken and the more I try to shut off the voice in my head the louder it screams. I am not afraid to tell my story anymore." 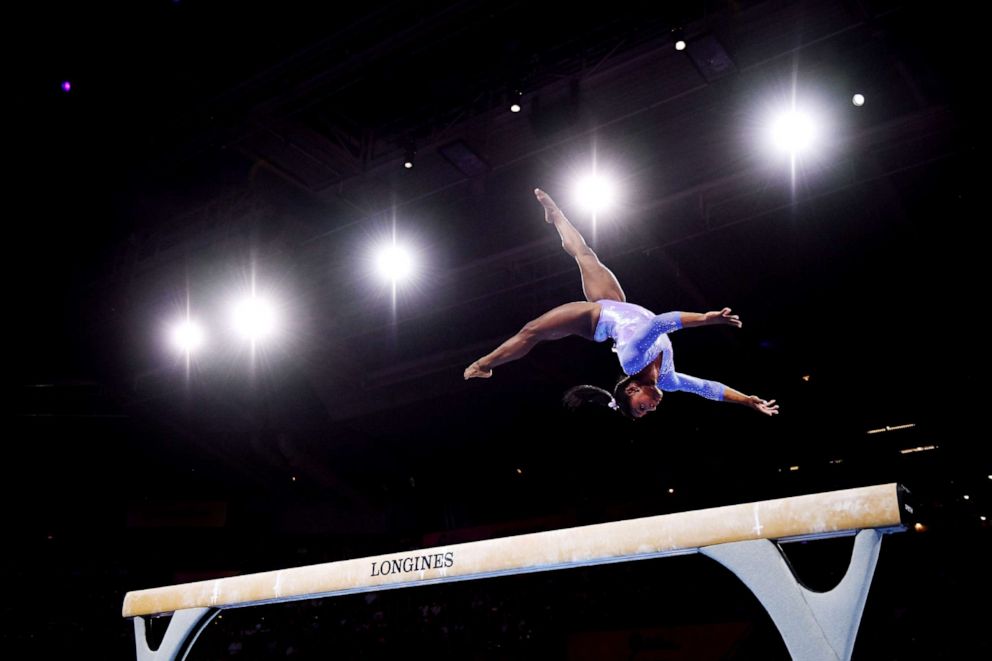 Biles also said to reporters before a U.S. Gymnastics National Championships appearance in Aug. 2019, that USA Gymnastics failed her and her fellow gymnasts "so many times" before.

"We had won gold -- we've done everything that they asked us for, even when we didn't want to, and they couldn't do one damn job," she said. "You had one job. You literally had one job, and you couldn't protect us."

"It's just really sad 'cause now every time I go to the doctor or training I get worked on, it's like, 'I don't want to get worked on,' but my body hurts," she continued. "I'm 22 and at the end of the day that's my fifth rotation and I have to go do therapy. But it's just hard...We try to work through it, but it will take some time. I'm strong, I'll get through it, but it's hard."