Will Smith refused to leave the 94th Academy Awards on Sunday after slapping comedian Chris Rock, according to the Academy.

"Things unfolded in a way we could not have anticipated," the Academy said in a statement on Wednesday. "While we would like to clarify that Mr. Smith was asked to leave the ceremony and refused, we also recognize we could have handled the situation differently."

The Academy also announced that its Board of Governors initiated disciplinary proceedings against Smith "for violations of the Academy's Standards of Conduct, including inappropriate physical contact, abusive or threatening behavior, and compromising the integrity of the Academy." 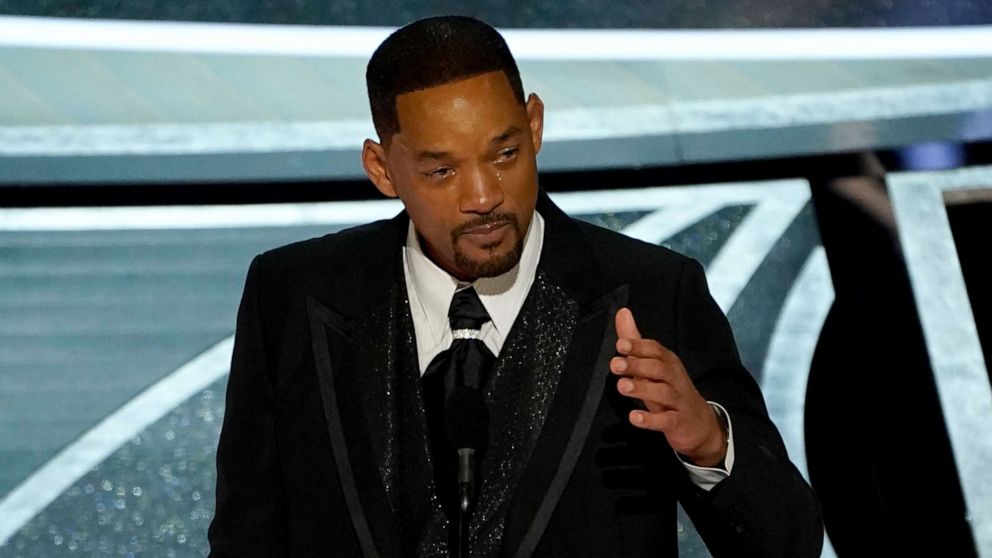 Chris Pizzello/Invision/AP
Will Smith cries as he accepts the award for best performance by an actor in a leading role for "King Richard" at the Oscars, March 27, 2022, in Los Angeles.
MORE: Academy determining 'appropriate action' against Will Smith for slapping Chris Rock at Oscars

Smith went onto the stage at the Oscars Sunday night and slapped Rock after the comedian made a joke about Jada Pinkett Smith's hair. Back in his seat, Smith then shouted, "Keep my wife's name out of your f------ mouth," twice.

Rock would go on to present for best documentary and later in the evening Will Smith won best actor for his role in "King Richard."

Smith seemingly referenced his confrontation with Rock and apologized to the Academy during his acceptance speech.

Smith formally apologized to the Academy on his Instagram saying, "I deeply regret that my behavior has stained what has been an otherwise gorgeous journey for all of us."

"Violence in all of its forms is poisonous and destructive. My behavior at last night's Academy Awards was unacceptable and inexcusable. Jokes at my expense are a part of the job, but a joke about Jada's medical condition was too much for me to bear and I reacted emotionally," Will Smith added.

In response to Sunday night's incident, some celebrities who attended the Oscars are coming forward about how they are still shaken by what happened.

Comedian Wanda Sykes, who co-hosted the Academy Awards, said in an interview with Ellen DeGeneres that she is "sickened" by what went down on stage.

"I just felt so awful for my friend Chris," Sykes said. "It was sickening. I physically felt ill and I'm still a little traumatized by it."

"For them to let him stay in that room and enjoy the rest of the show, and accept his award, I was like, 'How gross is this?' This is just the wrong message," she added. "You assault somebody, you get escorted out the building, and that's it."

Now, the Academy said it is giving Smith "at least 15 days' notice of a vote regarding his violations and sanctions, and the opportunity to be heard beforehand by means of a written response."

At their next board meeting on April 18, the Academy said it may take disciplinary action, which may include suspension, expulsion or other sanctions.

"Mr. Rock, we apologize to you for what you experienced on our stage and thank you for your resilience in that moment," the Academy wrote in its statement. "We also apologize to our nominees, guests and viewers for what transpired during what should have been a celebratory event."