In his third solo turn as Spider-Man, the irresistibly dorky Tom Holland may be just the webslinger to sling audiences back into theaters for some ho-ho-ho for the holidays and also save the world for in-person moviegoing. That’s a big job for “Spider-Man: No Way Home,” which scales the entertainment heights with humor and heart to spare.

Paranoia about spoilers from the suits at Marvel and Sony is so heated that I’m jumpy even telling you that Holland—the Brit actor with the best American accent—is back in the game, both in Spidey spandex and as Peter Parker, the hormonal kid from Queens whose accidental bite from a spider gave him swinging powers that still can’t help him swing on a date. 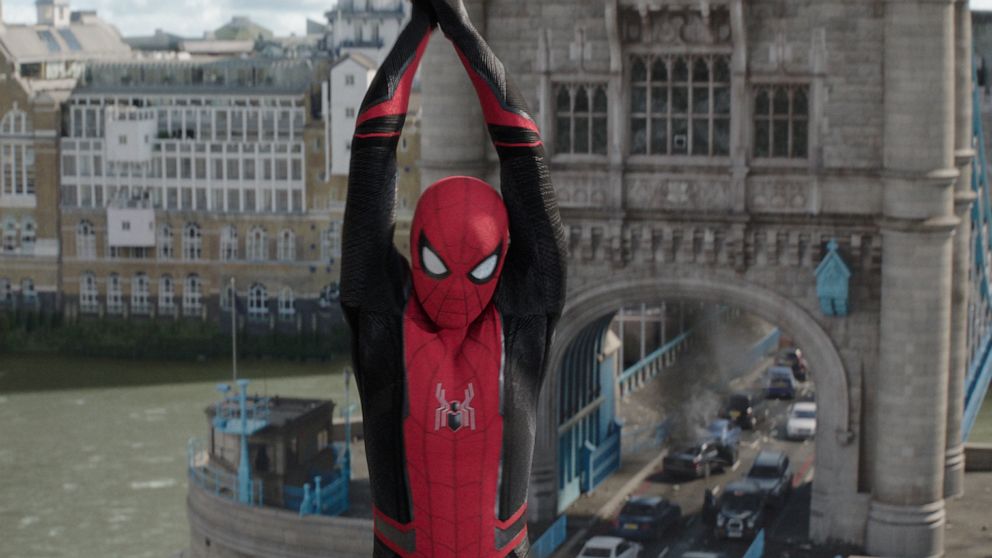 Jay Maidment/Sony Pictures
A scene from the movie, "Spider-Man: Far From Home."

So read no further till after you see the movie if you don’t want even sketchy details that are readily available in the trailer and studio advertising. The basic plot is sequel 101. Last time out, Spider-Man had been unmasked as Peter by the evil Mysterio (Jake Gyllenhaal, whose unmasking in song by Taylor Swift should have taught him not to pry).

Even worse, Internet conspiracy theorist J. Jonah Jameson (a wowza J.K. Simmons) has labeled our boy a “web-headed war criminal!” Scandal! Not only is Peter rejected to attend MIT, so are his brainiac girlfriend MJ (Zendaya) and bestie Ned (Jacob Batalon, the film’s comedy MVP).

What’s an unfrocked Spider-Man to do, now that his Avenger mentor Iron Man (Robert Downey, Jr.) is out of the picture? He teams up with supreme sorcerer Dr. Strange (Benedict Cumberbatch enjoying a lark after the heavy dramatic lifting of “The Power of the Dog”) to make the entire planet forget that Peter was ever Spidey.

But instead of global amnesia, Strange rips a hole in the multiverse. That means that do-badders from past Spidey films that starred Tobey Maguire and Andrew Garfield show up to wreck havoc in the persons of Doctor Octopus (Alfred Molina), Electro (Jamie Foxx), Sandman (Thomas Haden Church), Lizard (Rhys Ifans) and the Green Goblin (Willem Dafoe).

MORE: 'King Richard' review: 'Will Smith gives the performance of his life

How exactly they raise hell, under wizardly director Jon Watts, will not be revealed here. What can be said to fans and detractors alike is that it’s impossible not to have a blast watching Spidey’s worlds collide. It’s delicious to see Molina and Dafoe back in the mischief business, that is until Peter decides these titans of terror may really be good at heart. 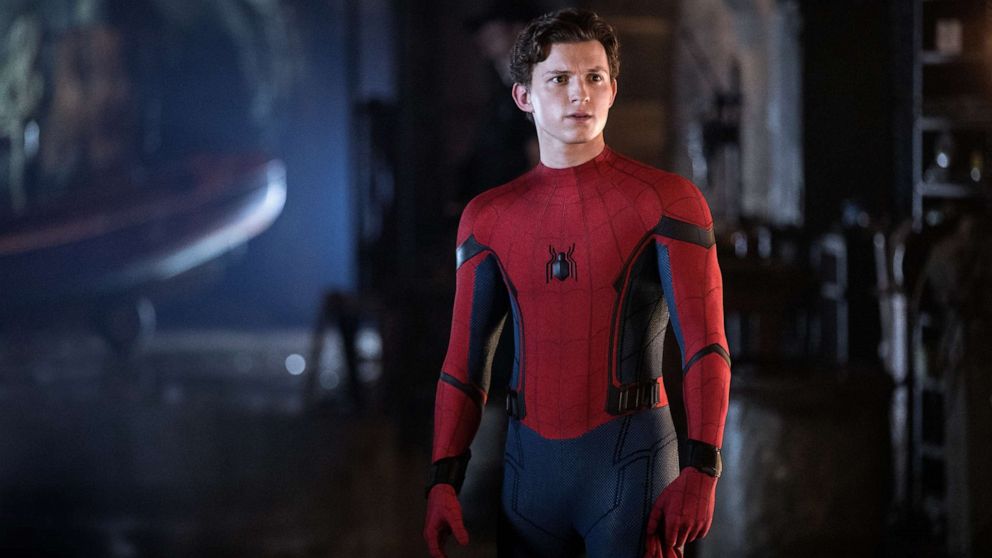 Jay Maidment/Sony Pictures
A scene from the movie, "Spider-Man: Far From Home."

It must also be said that the animated version of the franchise, 2018’s Oscar-winning “Spider-Man: Into the Spider-Verse,” did all this and more, not just clashing worlds and multi-Spideys but the idea that any of us could be Spider-Man. It’s what we do with the power that counts.

“Into the Spider-Verse” was revolutionary. “No Way Home” plays it safer, but its joyous spirit is not to be dinged. And Holland is better than ever, tempering this thrill-a-minute whirlwind with a sense that growing up for Peter means coping with loss and learning to work as a team.

Despite the teachable moments, there’s a big-swing of an ending that packs an emotional punch you don’t see coming. Before the climactic showdown, Peter must deal with the darker impulses of his Avenger side. You leave “No Way Home” actually caring about what’s ahead for our maturing hero. I’m happily hooked for next time. You will be too.