For Diego Luna, exploring the backstory of his "Star Wars" character, Cassian Andor, "completely made sense" and was an "immediate yes" from him.

Six years after Cassian was first introduced in 2016's "Rogue One," fans are set to dive into the ill-fated thief-turned-Rebel spy's origin with "Andor," streaming now on Disney+. The show, which dropped its first three episodes Wednesday, sees Luna back to fill in the blanks about who his character is at his core.

Luna, 42, told "Good Morning America" the "Star Wars" universe is unique in that "there is a chance to answer every question -- and there was no answer to who this guy was."

"To me, 'Rogue One' is a film about an event," he said. "You get very little hints of who the characters are."

In "Rogue One," Cassian joins up with a band of rebels, led by Felicity Jones' Jyn Erso, who band together to steal the Galactic Empire's Death Star plans. The film's events lead directly into 1977's "Star Wars: A New Hope." While the crew is ultimately successful, they all perish in the mission -- including Cassian. 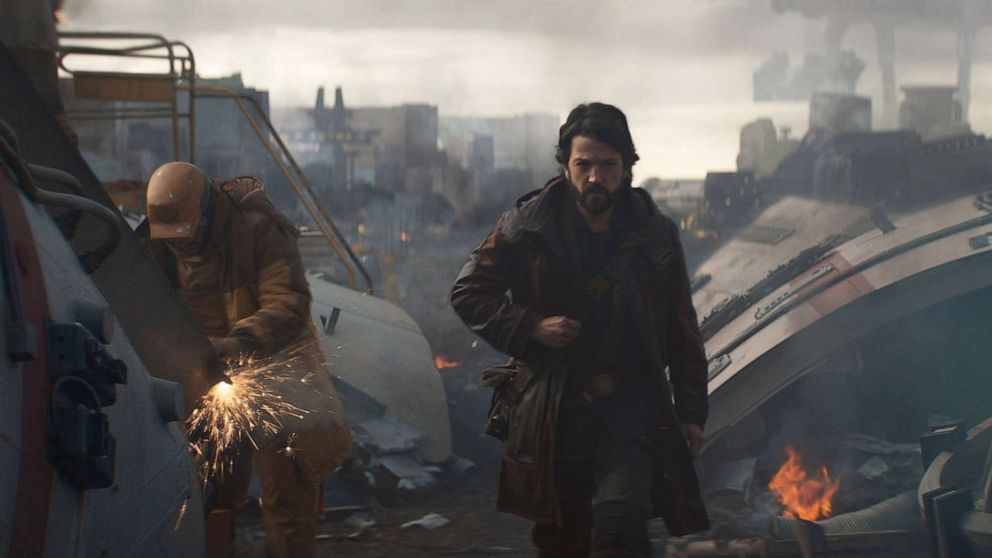 Luna called the chance to go back and explore what needs to happen in someone's life for them to make "that ultimate sacrifice" a "fascinating" one. Going back to inhabit a previous character and approaching their story in a non-linear fashion is an exercise he said "triggers a different part of your brain."

"Your creativity comes from somewhere else," he said. "You're not here to try to impress audiences with an ending no one is expecting. Here, it's about the nuances. It's about the little details, the different layers."

MORE: 'Star Wars' series 'Andor' drops full trailer: 'This is what a revolution looks like'

In "Rogue One," Cassian states that he has been "in this fight since I was 6 years old." According to Luna, the new series asks the important questions about how Cassian found himself caught up in the war.

"What needs to happen in the life of someone to believe he's capable of something like this, to connect with a cause in this way?" he said.

Beyond that, Luna said questions about where Cassian is from and why he sounds the way he does with an atypical accent -- for "Star Wars," at least -- will be answered as well. "You probably think you know who Cassian is because you saw 'Rogue One,' and we're going to challenge that now," he said.

In "Andor," Cassian is far from the experienced Rebel we were introduced to in "Rogue One."

"You're going to meet a guy that is just surviving," Luna said. "He's not aware of what he's capable of, what can happen, how much change is possible. He has lost faith. He's in a very dark moment in his life. He's pretty cynical about it."

Luna said the show is "ambitious" and constantly "evolves" throughout the 12-episode first season. This, he said, is where "Andor" benefits over "Rogue One," saying the long-form storytelling of a streaming series "helps you stop and breathe like film doesn't and be ambitious in a way film can't."

As for whether or not being a part of "Star Wars" wins him any cool dad points with his kids Jerónimo and Fiona, Luna had a mixed response.

"It's a very short coolness moment, because then I go back to being the dad who has to remind them about brushing their teeth, and then I lose all my popularity in a second," he said.

"Andor" is now streaming on Disney+.

Disney is the parent company of Lucasfilm as well as ABC News and "Good Morning America."