Taylor Swift made a big surprise announcement this morning.

"Most of the things I had planned this summer didn’t end up happening, but there is something I hadn’t planned on that DID happen," she wrote in an Instagram post.

"Tonight at midnight I’ll be releasing my entire brand new album of songs I’ve poured all of my whims, dreams, fears, and musings into," she added. "I wrote and recorded this music in isolation but got to collaborate with some musical heroes of mine."

In the post, she included some of her thoughts on sharing the new album amid the pandemic.

"Before this year I probably would’ve overthought when to release this music at the ‘perfect’ time, but the times we’re living in keep reminding me that nothing is guaranteed," she wrote. "My gut is telling me that if you make something you love, you should just put it out into the world."

"That’s the side of uncertainty I can get on board with," she added.

Some of Swift's collaborators on her upcoming album include Jack Antonoff, who she described as "basically musical family at this point," Bon Iver, Aaron Dessner of rock band The National and William Bowery.

The standard edition of "Folklore" will have 16 songs and the deluxe edition will include a bonus track.

"Because this is my 8th studio album, I made 8 deluxe CD editions and 8 deluxe vinyl editions that are available for one week," she wrote.

The music video for "cardigan" from "Folklore," which Swift wrote and directed, is also premiering tonight.

She shared that the entire shoot for the video "was overseen by a medical inspector, everyone wore masks, stayed away from each other, and I even did my own hair, makeup, and styling."

In August 2019, Swift released her seventh album, "Lover". The album, which included hits such as "Lover," "ME!," and "You Need to Calm Down," was a personal milestone for the artist since it was the first album that she owned the rights to after public disputes with her label.

"Something that's very special to me about this album is it's the first one that I will own," Swift said about "Lover" on "Good Morning America" on Aug. 22, 2019. 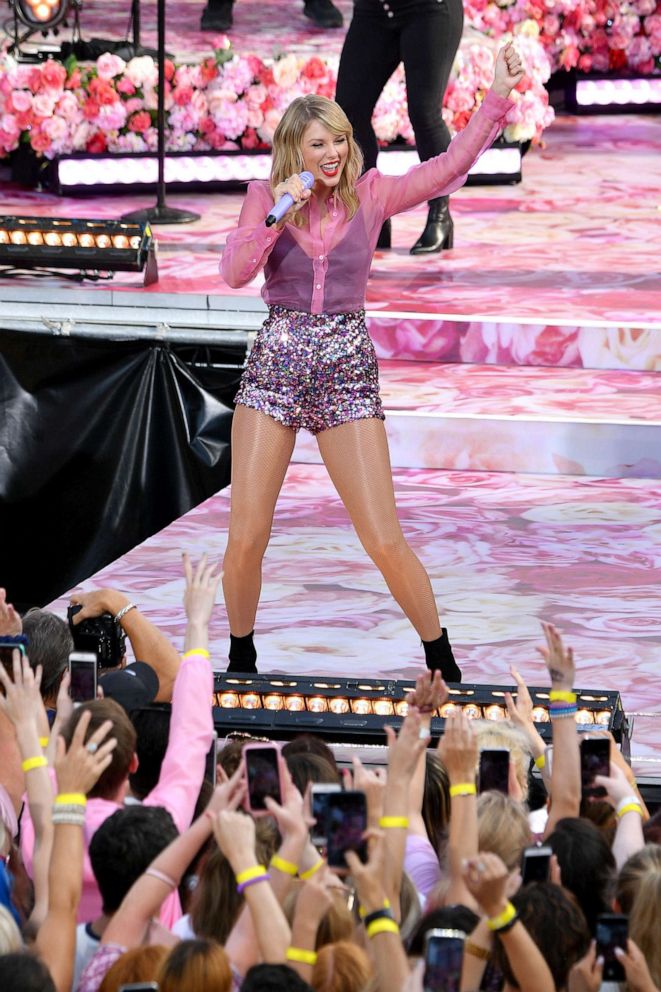 That face when you remember #Lover comes out TOMORROW 💕 #TaylorSwiftOnGMA 📷: Walt Disney Television/@paulalobo