Swifties rejoice! Taylor Swift says she's dropping the next track of her upcoming "Lover" album in just a few days.

Swift made the surprise announcement at the Teen Choice Awards Sunday night, where she won the first-ever Icon Award: a blue, purple, and pink surfboard decorated with photos of her three cats.

Swift gushed at the end of her speech, "I wanted to tell you guys tonight that on the 16th, on Friday, I have a new song called 'Lover' that is coming out, and I'm so excited!" 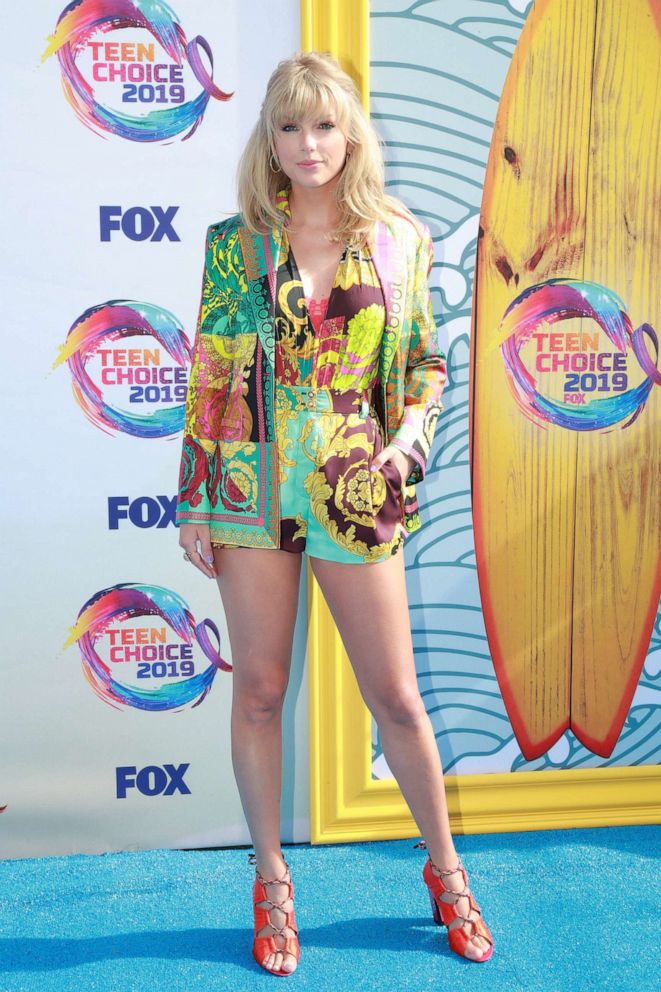 The title track will be the fourth single off the "Lover" album. Swift previously released "Me!" "Archer" and "You Need to Calm Down."

As for the rest of Swift's Teen Choice Awards acceptance speech, she briefly touched upon political issues like equal pay and gender equality. She also fawned over the appearance of her award, saying it was a "a really proud moment" to see her fur babies on a Teen Choice award.

A living legend is among us. 🙌 The biggest congrats to @taylorswift13 for her #TeenChoice Icon Award! pic.twitter.com/HOeQdGFRqM

Aside from her upcoming music, Swift was also enjoying a new meme involving the icon after a video of her dancing to her own song was posted online Sunday.

(MORE: All the Easter eggs for Taylor Swift's new album 'Lover': Are Katy Perry and Selena Gomez on it?)

The video was taken at a bash Swift threw on Saturday in L.A. to celebrate her 10 MTV VMA nominations. The guest list included many of the stars of her “You Need to Calm Down Video,” including Laverne Cox, Hayley Kiyoko, and "RuPaul's Drag Race" season 11 contestant A'keria Davenport.

When someone wakes me up from a nap #DrunkTaylor pic.twitter.com/bl9ybD3qkd

Davenport is the one who shot the clip and posted it on Instagram. It features Swift, wearing a sparkly rainbow-colored dress, dancing dramatically to “You Need to Calm Down” and miming some of the lyrics.

Not dancing on my own 😏😜🙌🏽dancing with my baby @taylorswift

Fans loved seeing the singer let loose and thus a meme was born. Not even Swift could avoid her new meme-status and she later posted about it on Instagram.

Threw a party to celebrate with the people who made the ME! & YNTCD videos with me- and we had so much fun that ‘Drunk Taylor’ is trending on Twitter. CHEERS. 😆🍾👍👏

"Threw a party to celebrate with the people who made the 'ME!' & 'YNTCD' videos with me- and we had so much fun that 'Drunk Taylor' is trending on Twitter. CHEERS," she wrote, alongside some group pics from the night.

Everything is Taylor Swift right now and fans love it!