The 24-year-old American was a breakout star of this year's tournament after he beat tennis legend Rafael Nadal to advance to the quarterfinals.

Tiafoe spoke in an interview with ABC News on "Good Morning America" Monday about his journey to one of tennis' biggest stages.

While he said he felt "a ton of different emotions" through his run, he hailed the Grand Slam as "the best two weeks of my life." 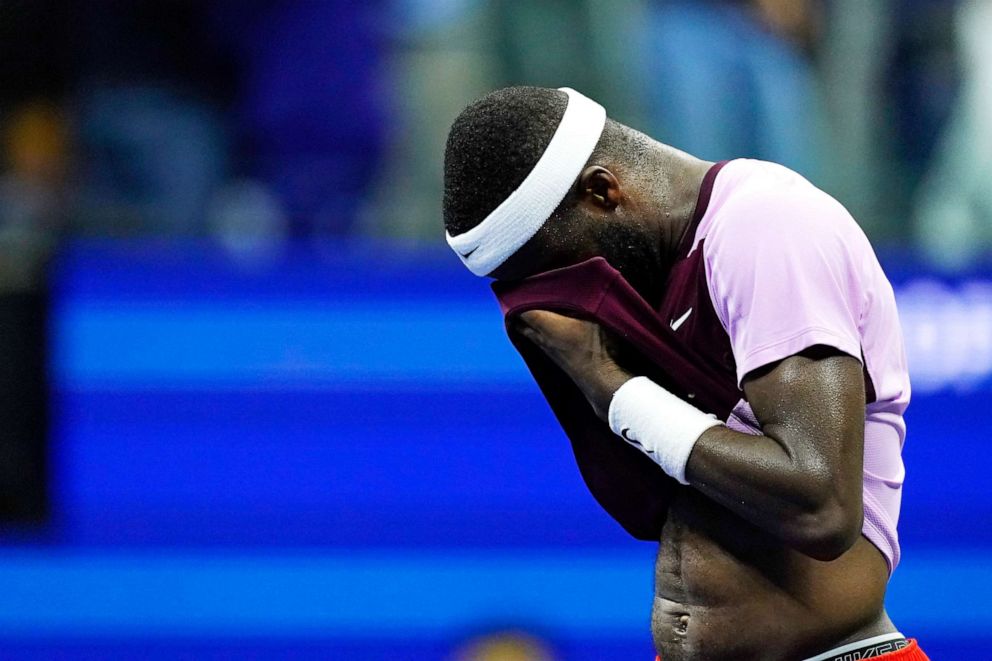 Matt Rourke/AP, FILE
Frances Tiafoe, of the United States, reacts after losing to Carlos Alcaraz, of Spain, in the semifinals of the U.S. Open tennis championships, Friday, Sept. 9, 2022, in New York.

"Probably the best thing [was] seeing the first lady Michelle Obama after the match," he said of his semifinal match with Carlos Alcaraz. "I was on the one changeover and I looked and she looked at me -- and then when they announced her and seeing the crowd erupt, that was pretty impactful."

He was the first Black American man to reach the semifinals of the U.S. Open since 1972. The last player to do so was Arthur Ashe, the namesake of the stadium where Tiafoe and Alcaraz battled.

"It's truly a blessing. All the work that my parents did over the years and having them see that and be a part of that is crazy. And to be in the same sentence as Arthur Ashe in anything is unbelievable and something no one can ever take from me. So I'm going to remember that forever," Tiafoe explained.

Tiafoe said he hopes to continue to move the sport forward for others as a role model.

"My whole life I've wanted to pave a way so people like me can also play the game of tennis and just be great leaders as well as great individuals," he said.\

Tiafoe lost in five sets against Alcaraz; their match lasted four hours and 19 minutes. The 19-year-old Spanish phenom advanced to the final and won the tournament.

"I feel I let you guys down," Tiafoe said after the match, addressing the crowd during an on-court interview. "This one hurts. This one really, really hurts -- I'm going to be back -- and I will win this thing one day."

Tiafoe credited picking up a racquet to his father, who was the head of maintenance at a tennis center in Maryland. 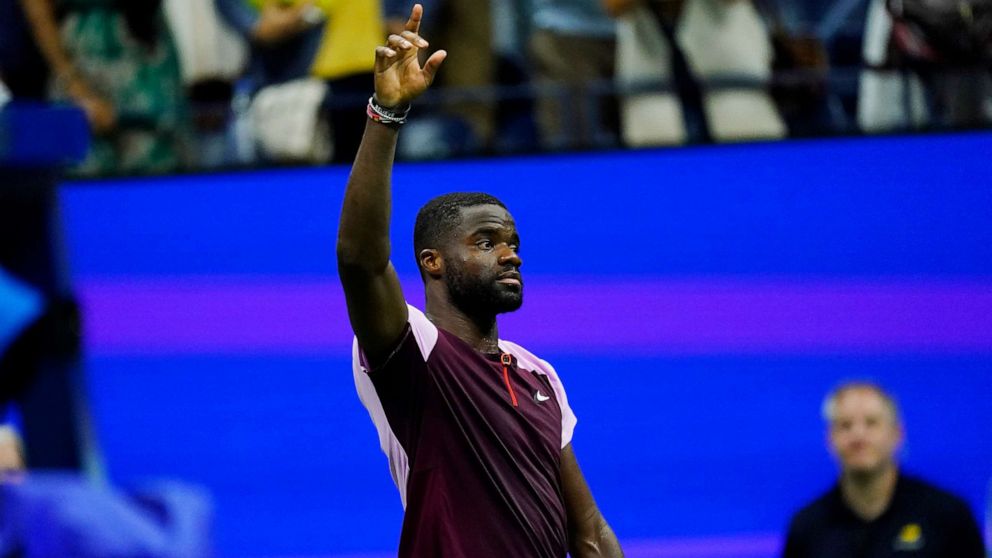 Matt Rourke/AP
Frances Tiafoe gestures to the crowd after losing to Carlos Alcaraz, of Spain, in the semifinals of the U.S. Open tennis championships, Sept. 9, 2022, in New York.

Tiafoe, whose parents immigrated from Sierra Leone amid war in the 1990s, grew up outside of Washington, D.C., with his brother, Franklin.

"My parents are everything," Tiafoe told ABC News. "We wouldn't be doing this interview, all achievements, I wouldn't have them without them. I'm just so thankful for them, and them instilling in me hard work and understanding -- being humble and grateful for everything that comes your way. They shaped me to the person I am today."

Tiafoe added that being an inspiration is "what it's all about."

"We all have a certain gift and to use that gift to inspire so many people to do great things in life," he said.

As for the fate of the sport, Tiafoe said he thinks "American tennis is in a great place."

"I'm super excited to be in that conversation," Tiafoe said.