On the two-month anniversary of the deaths of Kobe and Gigi Bryant, the NBA legend's widow, Vanessa Bryant, shared a video in which her late husband gushed over their daughter.

In the footage, the longtime Los Angeles Laker explained that Gigi first showed an interest in soccer but eventually she asked him about basketball fundamentals.

He taught her how to play the game "piece by piece" and in no time she loved it so much that she was playing every day.

"It's been a joy to watch her grow and to be there every day for that process," he says in the video. "Her temperament is a lot like mine. She's extremely competitive, very fiery, and backs down from no challenge ... she's a good mix of me and a good mix of her mama, so that makes her even more competitive than I am."

Kobe and Gigi Bryant were on their way to a game at Bryant's Mamba Sports Academy when their helicopter crashed in Southern California on Jan. 26. All nine people aboard the aircraft died.

At a public memorial last month, Vanessa Bryant, 37, remembered her husband, 41, and daughter, 13, in an emotional eulogy. She has three other daughters with the former NBA star: Natalia, 17, Bianka, 3, and Capri, 9 months.

"They were so full of joy and adventure. God knew they couldn’t be on this earth without each other. He had to bring them home to him together," Vanesa Bryant said. "Babe, you take care of our Gigi. And I got Nani, B.B. and Koko. We’re still the best team." 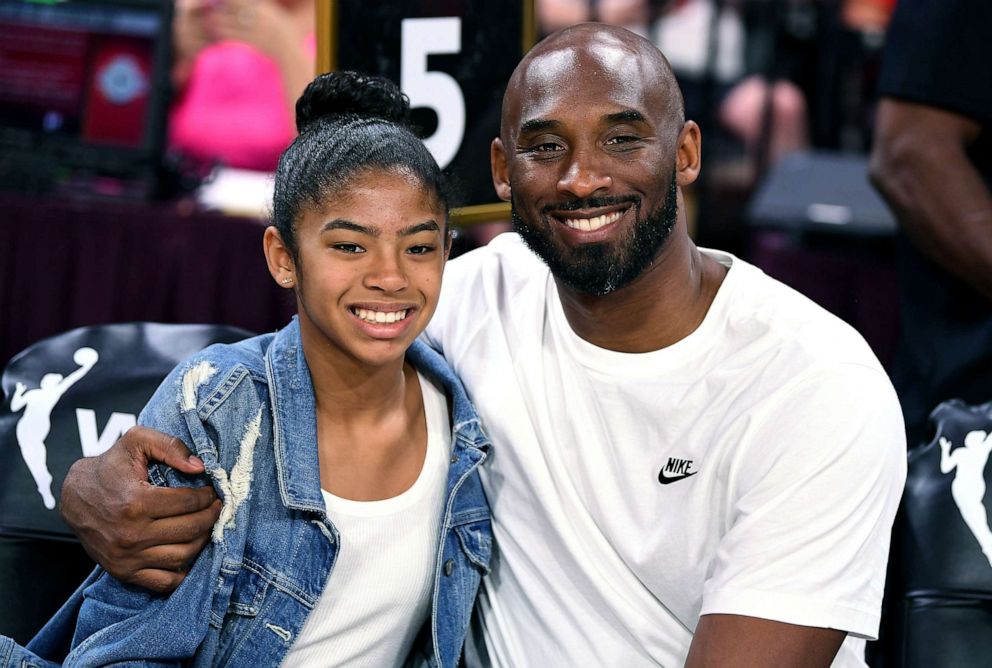 USA TODAY Sports via Reuters, FILE
Kobe Bryant is pictured with his daughter Gianna at the WNBA All Star Game at Mandalay Bay Events Center, July 27, 2019, in Las Vegas.