Newcomer Iman Vellani stars as Kamala Khan, a Muslim American teenager trying to balance her dreams of being a superhero with her reality as an awkward high schooler in New Jersey. 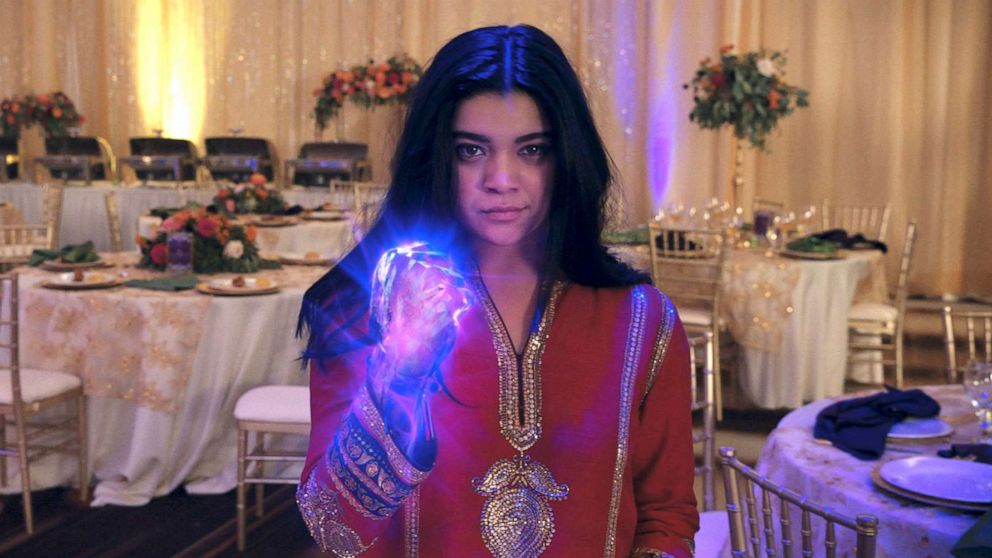 "It's not really the brown girls from Jersey City who save the world," Kamala laments to a friend at one point.

The trailer hints that Kamala's powers were acquired differently than they were in the books: It seems for the series, a special bracelet grants her the ability to alter her appearance, leap through the air on plasma pools and "embiggen" herself -- that is, shape-shift her fists and other body parts to deliver cosmically-powerful blows.

And while she has fun with the powers she's always dreamed about, it appears others are after Kamala. At one point, armed agents are shown stalking her high school, evidently on the hunt for her.

"I always thought I wanted this kind of life, but I didn't imagine any of this," she admits.

MORE: Obi-Wan Kenobi is on the run in new trailer for Disney+ limited series

That said, she's pretty enthused about her new identity. "I'm a superhero!" she excitedly tells a friend, before running away smiling.

The series debuts June 8 on Disney+.