The sports world is reacting to the Sunday night shooting of Jacob Blake in Kenosha, Wisconsin, but perhaps none more powerfully than the WNBA.

The Washington Mystics wore white T-shirts to their scheduled game Wednesday night against the Atlanta Dream. On the front of each were individual letters spelling out the name of the 29-year-old Black man who, according to family, was left paralyzed from the waist down from the incident.

On the back were painted bullet holes. 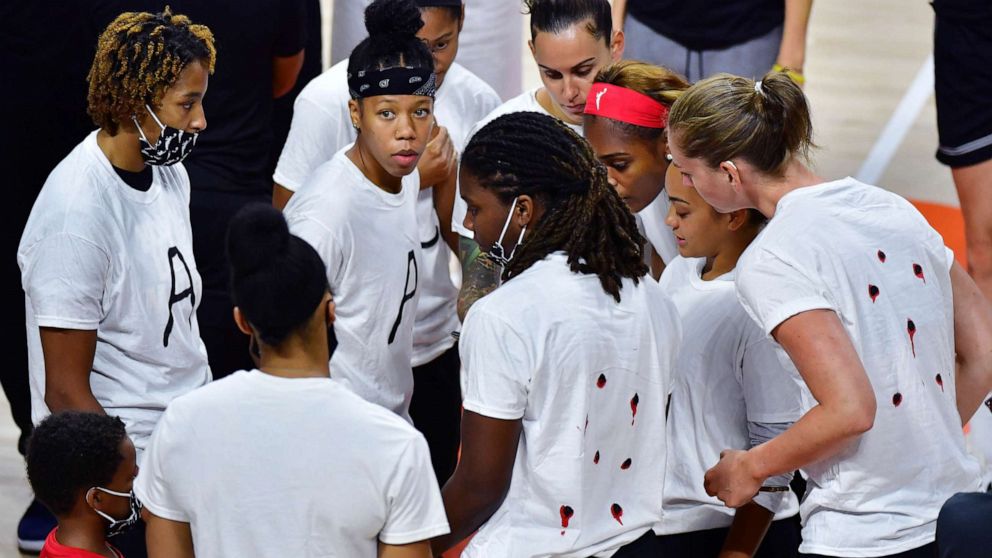 Julio Aguilar/Getty Images
Members of the Washington Mystics WNBA team gather on court during the postponement announcement at Feld Entertainment Center on Aug. 26, 2020 in Palmetto, Fla. The Washington Mystics are wearing white T-shirts that spell out Jacob Blake on the front and seven bullet holes in the back to protest the shooting in Kenosha, Wis.

All teams scheduled to play Wednesday night -- including the Minnesota Lynx, the Connecticut Sun, the Phoenix Mercury and the Los Angeles Sparks -- took a knee and linked arms during the national anthem before walking off the court.

"This isn't just about basketball," Mystics player Ariel Atkins said in a statement. "When most of us go home, we still are Black."

"We’re not just basketball players and, if you think we are, then don’t watch us, you’re watching the wrong sport, because we’re so much more than that," she continued. 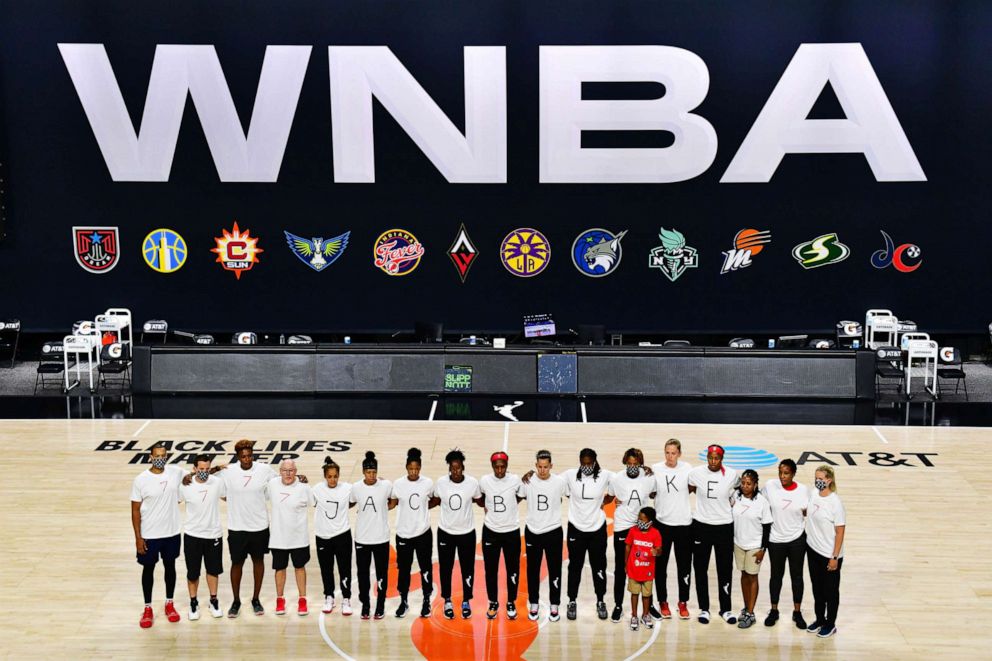 Julio Aguilar/Getty Images
After the WNBA announcement of the postponed games for the evening, the Washington Mystics each wear white T-shirts as a protest against the shooting of Jacob Blake by Kenosha, Wisconsin police at Feld Entertainment Center, Aug. 26, 2020 in Palmetto, Fla.

Her statement stressed the importance of speaking out "unified as a league" and pointed out the high percentage of Black women in the WNBA.

"We matter," Atkins concluded. "I’m tired of telling people that."

In a statement on behalf of all WNBA players, Dream player Elizabeth Williams said the night's games would not be going ahead. This came soon after the Milwaukee Bucks staged a walkout for their game against the Orlando Magic, prompting the NBA's postponement of all Wednesday games. 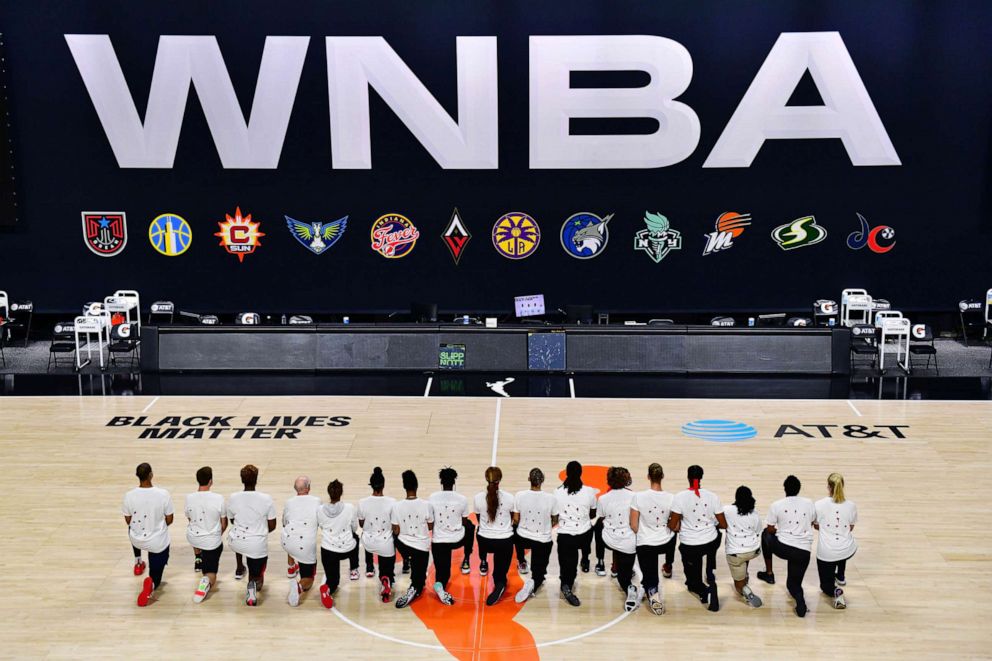 Julio Aguilar/Getty Images
After the WNBA announcement of the postponed games, the Washington Mystics each wear white T-shirts with seven bullets on the back in protest of the shooting of Jacob Blake by Kenosha, Wisconsin police, Aug. 26, 2020, at Feld Entertainment Center in Palmetto, Fla.

The WNBA issued a statement announcing that Wednesday night's games would be postponed and information regarding rescheduling would be provided "when available."