In the weeks following George Floyd's tragic death -- not to mention the countless other Black lives lost -- while in police custody, Hollywood has been coming to grips with its racist past.

If you ask April Reign, the creator of the #OscarsSoWhite movement, this upheaval in the entertainment industry leaves her with "mixed emotions."

"All of the issues Hollywood and, in fact, the country are grappling with now, all of these things existed before the death of George Floyd," she told "Good Morning America."

After all, her viral hashtag was initially tweeted in January 2016 when, for the second consecutive year, all 20 acting nominees were white. Since then, the Academy of Motion Picture Arts and Sciences has introduced various strategies to improve its diversity by looking both inward at the makeup of its body as well as outward in the awards it gives -- but the work is still ongoing.

"I am encouraged by the fact that so many are now taking more vocal stances," she added, "but there have been so many activists and advocates who have been yelling at the top of their lungs for decades about these issues."

That said, she pointed to Floyd's death as a notable "flashpoint" for the discussion about racism in and beyond Hollywood that will hopefully bring about "significant change."

Darnell Hunt, the dean of social sciences at UCLA, agreed with her.

"One of the things we know about social and cultural change is that it tends to be triggered by critical moments in history," he told "GMA."

Both also agreed the current political landscape and the COVID-19 pandemic played integral parts, too. He called it an "undeniable" fact while Reign is simply "thankful" people finally had a wake-up call. 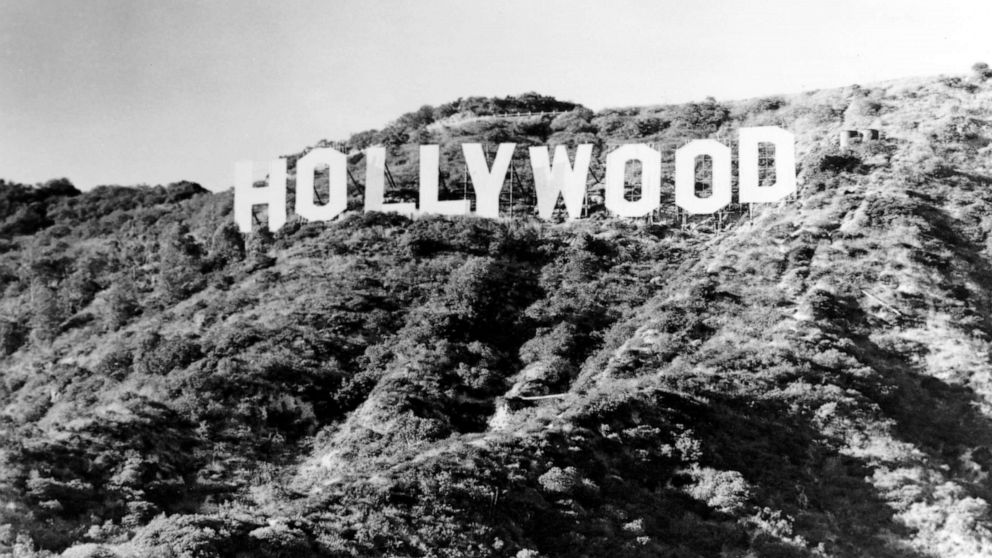 Hunt -- whose research focuses on the intersection of race, media and pop culture -- warned that, while we are likely to see change, it's likely going to be a reality in which we take two steps forward and one step back.

"What tends to happen in American history is you have these inflection points where certain issues are put on the agenda and the country is forced to face it," he said. "Then, a few years later, once things calm down, there tends to be either a backlash or some type of lapsing back into old habits and practices that are more convenient for those in power and more conducive to the status quo."

"But that said," he continued, "rarely do you go back to where you were prior to that moment."

Hunt called himself a "cautious optimist" by nature, noting that he believes "something important will come of this moment" but Hollywood's work on fixing its diversity problem "will be far from done."

"I don't think we will fully realize the promise of complete inclusion, equality and social justice. It's an ongoing project. It's an unfinished piece of art," he said. "In some points in our history we've been far, far from those ideals. Other points in our history we've gotten closer to them. I'm hoping this moment will bring us closer to those ideals than we've been in a long time."

One way Hollywood began addressing past racist actions is with HBO Max briefly pulling "Gone With the Wind" from its catalog. Weeks later, the streaming site put the Oscar-winning film back up with commentary to provide historical context surrounding it for viewers.

This, for Hunt, is just "a piece of the puzzle."

"I don't want to minimize the significance of that. But just, on its own, it's not enough," he said. "No, I applaud them doing that. I think they did the right thing by removing it, given the moment we were in, and then coming back streaming it again but now with commentary and/or disclaimers, to better contextualize the film."

"Rather than destroy the film or bury it or sanitize our history by pretending the film ever existed," Hunt continued, "I think it's important to understand the conditions under which it was made, what it meant politically at the time and how it's been used in the same way other Hollywood productions have been used to apologize for and/or sort of legitimate the system of structural racism we're still grappling with."

As a reaction to George Floyd's death and increased public scrutiny of police brutality against Black people, the long-running reality TV series "Cops" was even canceled. The show -- the most notable and recognized of its genre -- first aired in 1989 and had its upcoming 33rd season pulled.

When it comes to the issue of blackface, Reign has some thoughts.

As for TV episodes -- of shows such as "30 Rock," "The Office," "Community," "Scrubs" and even "The Golden Girls" -- being pulled or edited for depicting it, she said "when change can be made, we should" because those sorts of things "don't need to be seen."

It's also her belief that, when it comes to celebrities apologizing for using it -- either themselves, such as Jimmy Kimmel and Jimmy Fallon, or in their projects, such as Tina Fey -- it's all about seeing what they do "going forward" to show they fully understand the gravity of their actions.

"Because it's one thing to put out your apology on the Notes app," Reign added. "You know, actions speak louder than words, so how are you going to show going forward that you are, in fact, not just not racist, but anti-racist?"

This, too, applies for the animated shows with white stars stepping away from voicing non-white characters, such as "The Simpsons," "Family Guy," "Central Park" and "Big Mouth." Some have spoken out with remorse since their series had already ended, as is the case with "The Cleveland Show" and "BoJack Horseman."

One TV show making an effort to be more inclusive these days is "The Bachelor" franchise. After a full 18 years without a Black lead, it was recently announced that Matt James will have the honor of being the first. It should be noted, however, that there has been a Black lead of "The Bachelorette," with Rachel Lindsay finding love on the reality show in 2017. Both James and Lindsay's selections have been deemed by many as long overdue and calls for diversity beyond the "Bachelor" or "Bachelorette" stars still raging on.

Lindsay told "GMA" she was hoping to be a "trailblazer" for increased diversity but that, in the three years since her season, not much advancement had been made -- until now. "I need the acknowledgement of that, not putting a Band-Aid over the situation and just saying, 'Here, we're gonna put this here, are you happy now?'" the attorney added.

James told "GMA" that "we can't have change until we put that first foot forward" and, as he steps into that position, he hopes this leads to more inclusion in the future and "for a lot of diverse love stories, because those are beautiful stories."

Karey Burke, the president of ABC Entertainment, reaffirmed the network's commitment to "continue to take action" in terms of bringing diversity into the iconic franchise.

For starters, the former is "passive" while the latter being "active."

"The ally says, 'Oh my goodness, how do you possibly survive with racism every single day?' That's great, but the advocate is the one who says, 'OK, what I'm going to do is use my privilege to stand in the gap for marginalized people,'" she explained.

What's ultimately most important to her, though, is accountability.

"I am not one to give out gold stars or cookies for people and organizations doing what they should have done all along," Reign noted. "If anything, you're getting a late pass."

Hunt, once again, agreed. He said this is a time for Hollywood to ask what it can actually do to dismantle structural racism.

"It's not enough to offer platitudes to say that we support Black Lives Matter and all those things Hollywood's done," he urged. "What are you going to actually do that's going to change the way you do business? I think that that's what the industry is grappling with right now."

Michael B. Jordan, for one, has spoken out about what Hollywood needs to do in order to become more inclusive.

"I think it's time, honestly," he said on "GMA" in December 2019. "The voice of the people is extremely powerful...and I think if we collectively continue to demand answers from these somewhat biased systems that we'll start to see a change."

At a recent Black Lives Matter protest in Los Angeles -- one of the many that has popped up across the country and around the world -- Jordan reaffirmed that striving for more diversity in hiring is what Hollywood needs to do to start fixing its issues.

In September 2019, months before Floyd's death and the COVID-19 pandemic, Hunt and his UCLA colleagues published a study titled "By All M.E.A.N.S. Necessary," which can be viewed in full here.

The study outlined five "essential practices" for the entertainment industry to implement if it was, as Hunt said, "really serious about moving the needle" when it comes to diversity and inclusion.

These are: "Modernize your worldview to reflect changing U.S. demographics. Expand the net in routine talent searches. Amplify the voices of women, especially women of color, within organizations. Normalize compensation practices to reduce barriers to entry for marginalized groups. Structure incentives for decision makers to prioritize diversity and inclusion."

"This is an all-encompassing problem and is this one thing you're doing to solve it? No, there is no magic bullet," Hunt said. "Our point is, each of those five strategies is necessary, but none of them is singularly sufficient."

"Are different entities in the industry willing to step up and embrace those types of practices in addition to just saying the right thing publicly about what this moment means?" he added. "That's what I would look for out of this moment."

While still not at levels proportional to the U.S. population, a study from UCLA published this February shows that Hollywood is getting more diverse each year with the types of films it makes. Not only does this open up the industry for diverse talent both in front of and behind the camera, it has even shown to pay off at the box office.

A study from UCLA showing TV's progress is due out later this year ahead of the 2002 Emmys.

As far as Reign is concerned, it's about taking charge of telling your own stories and not waiting for people to give you the OK to do so. That's why she has partnered with Overture Global to launch Ensemble, a digital content studio for her to help others do just that.

"With Ensemble, our goal is to tell stories that are for us, by us and about us," Reign said. "And when I say us, I mean marginalized and traditionally underrepresented communities: immigrants, the LGBTQ community, disabled people and non-white folks as well."

Reign called this a "natural extension" of her previous activism, because she has always been focused on "authentic" storytelling. Ensemble will allow just that, giving creatives the opportunity to bypass the traditional gatekeepers.

"We're no longer waiting for the big studios to tell the stories that we want to tell. Instead, we are going to create those stories," Reign said. "We're not waiting for a seat at the table, we're building our own mansion."