Sarah Smith, a mom of three black children in a predominantly white community in Connecticut, exemplifies what many black parents face, fear for her children, particularly her 12-year-old son.

"I'm scared for my son every single day that he leaves our house," Smith, a blogger, told "Good Morning America." "Because I don't know what could happen to him."

Smith said conversations about race with not only her son but also her two daughters are nothing new in their household. 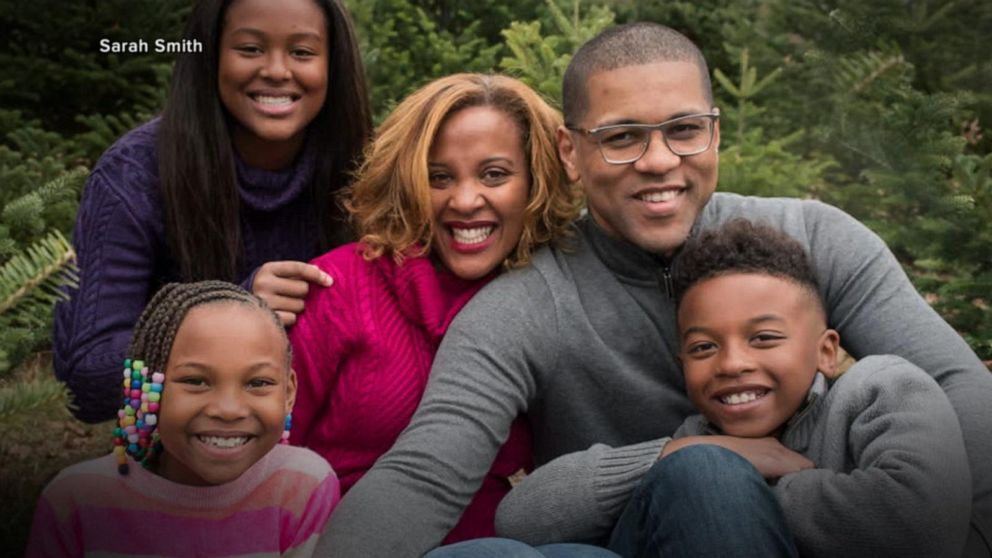 "We have to have these conversations every single day because they are African-American, living in America right now," she said.

MORE: 'Massive eruption,' like Minneapolis protests, is what drives change: Experts
2:18
&quot;Policing here is not something we do to a community, it's something we do with our community,&quot; Police Chief Andrew Smith said.

Laura Zimmermann is a white mom with two kids who live in Oak Park, an area of Chicago she and her husband chose to raise their kids in because of its diversity. Still, she said she and her husband are "grappling" with how much to tell their children, ages 8 and 2. 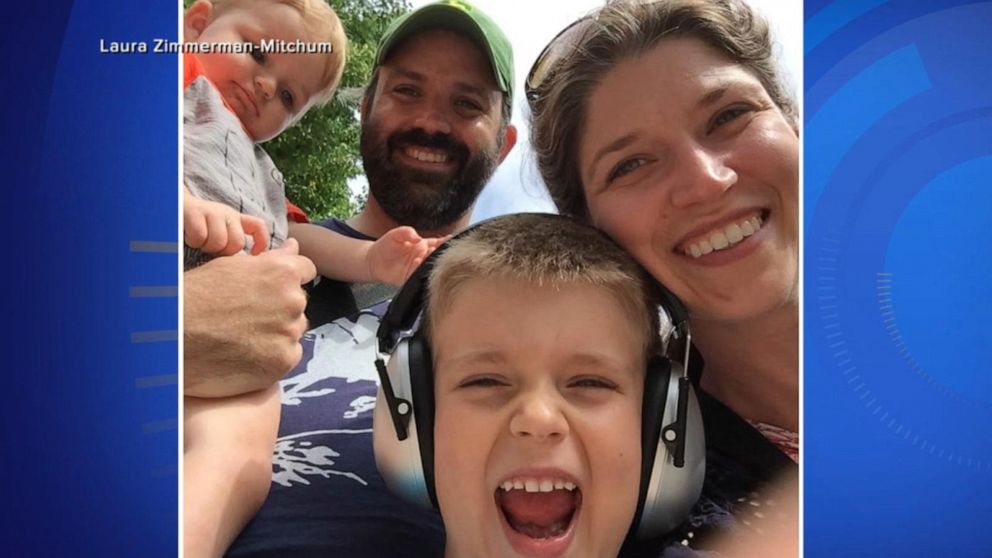 "The conversations that we're having in our home honestly have been a little bit strained," she told "GMA," adding, "I think this is the time in our history when white people need to step up and really engage. I think we have to start realizing that this isn't about us. It's actually about getting rid of this huge blind spot within our society that there is still systemic racism."

What the experts say

The most important thing for parents to do is to have honest conversations with their children and to be there to answer their questions, experts say.

"It is important to say conversation doesn't solve it by itself, but conversation, certainly with children, helps them make sense of the world," said Beverly Tatum, a psychologist and the author of "Why Are All The Black Kids Sitting Together in the Cafeteria? And Other Conversations About Race." "You can have these conversations in an age-appropriate way with 3-year-olds or 13-year-olds."

Tatum added that it's important for white parents especially to remember that the conversations brought on by the death of George Floyd -- who was pinned down by a Minneapolis police officer, an act that was caught on camera -- is "not new information for African-American families."

"It's just a reminder that we haven't come as far as we need to go in order to really ensure everyone's safety," she said. "Racism is real. It's still with us." 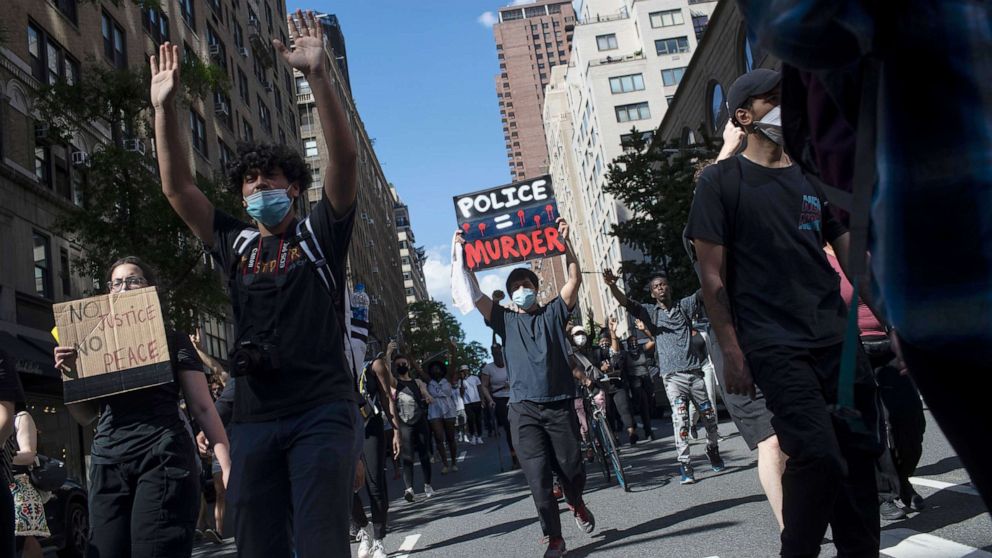 Wong Maye-E/AP
Protesters march during a solidarity rally for George Floyd, May 30, 2020, in New York. Demonstrators took to the streets of New York City to protest the death of Floyd, a black man who died after he was taken into police custody in Minneapolis on Memorial Day.

For white parents who may not feel confident speaking with their children about race, or who may not feel as if they have all the answers, that can be an opportunity to learn with your children, according to Margaret Hagerman, a sociologist and the author of "White Kids: Growing Up With Privilege in a Racially Divided America."

"In order to understand the present, we have to understand the past, and it might mean that you don't know all the answers and you don't feel confident even talking about this with your children. But that means that you could do some work to learn the answers to these questions," she said. "You can take the time to read up on this and this could be something even that you do with your children."

MORE: 'We're sick of it': Protesters explain method to the madness of violent demonstrations

Dr. Janet Taylor, a psychiatrist and the mother of four black children, echoed Tatum and Hagerman. For parents at this moment in time, she said, "communication is key."

"Now is the time to talk to our children about the anxiety that we are feeling, which they are feeling as well, and teach them how to resolve that, how to soothe themselves," she told "GMA." "Because what we don’t want is our children to associate their anxiety with the images that they’re seeing on the TV."

Here are three tips from Taylor, in her own words, on talking to kids about racism and the protests currently underway. 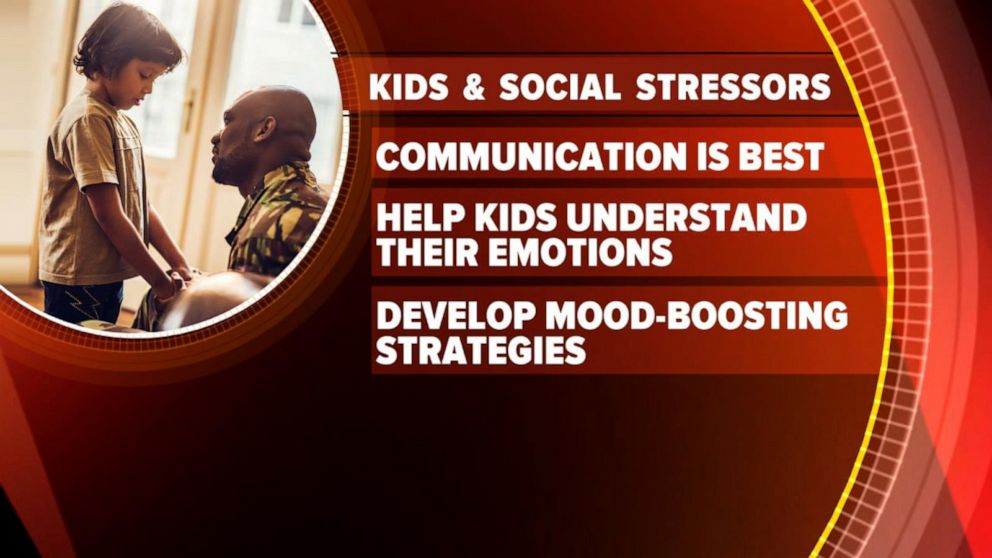 1. Tell the truth. "You say their names -- George Floyd, Ahmaud Arbery, Breonna Taylor, all black people. One was being arrested. One was jogging. The other one was killed by the police [in her home]. We use those words and say that the protests are happening because [people] want justice, they want change and there are peaceful ways to do that. It’s an opportunity to teach, when you have conflict, how to speak up and do the right thing instead of inflicting more pain."

2. Celebrate the differences. "You can point out the differences in skin color, hair texture, things that our kids know anyway. . . . We need to celebrate differences and we also need to point out that we can come together and make a difference and it has to be that way. Black people cannot be the only ones teaching Americans about racism. It’s a combined effort."

3. Set the example as parents. "Look at mommy-and-me get togethers. You look at playdates. People need to look around and think, How diverse are those playdates? As important as it is to talk about racism, our children are not born racists. That is something that develops based on what they hear, what they see. It’s really important to teach our children as early as possible to be allies, to stand side by side with their classmates. Stand side by side by your playmates. Speak up when you see someone who is not involved or not invited to a birthday party and to support. We can teach that at birth by examples as parents."