Sutton Foster may play a 20-something who works in publishing on the hit TV show "Younger," but the actress and singer said she relishes her real-life role as a mother. 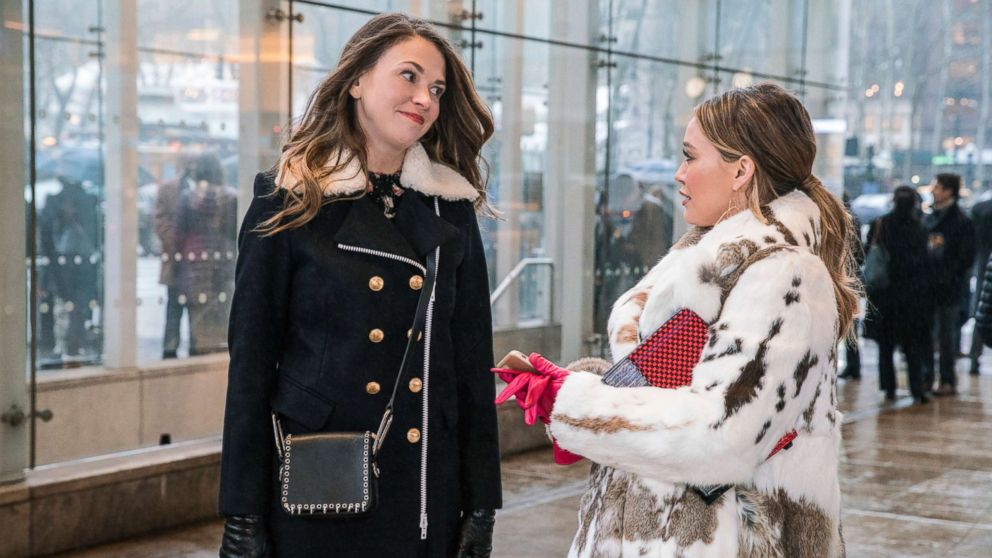 TV Land
A scene from the television show "Younger."

"I was a mess in my 20s," Foster told "GMA" laughing about not wanting to relive them like her on-screen persona Liza Miller does. "I feel like my life has only gotten better every decade."

Happy Mother’s Day! This little lady made me a mom. I didn’t grow her in my belly but I grew her in my heart. And now my ?? has quadrupled in size. There are so many different ways to be a mother and to have a family. This little light and my little light found each other during this crazy life and I could not be more grateful or honored to be her mommy.

"We adopted her last year right before season four started," she explained. "I have all this extra anxiety so I started crocheting baby blankets and made my New Year's resolution to make 10 baby blankets -- and I'll auction them off for an adoption charity so I can help other families be able to share in the joy of adoption because it's changed our lives."

The two-time Tony Award winner said her daughter also inspired some of the songs on her new album, "Take me to the World."

"It's been a long time in the making and [it's] totally inspired by becoming a mom," she said. "This is all for her, all the songs are sort of inspired by her."

Take Me To The World ???????? JUNE 1st So proud of this album. @ballstateuniversity #wefly

Foster said that one of the lullabies she created for the album prompted a precious reaction from her daughter.

"I don't know if she realizes that mommy's voice comes from the speaker and I know someday she's going to be like 'don't sing, don't sing,' but not now," she said with a laugh.