Video by Will Linendoll
Share —
Sign up for our newsletters to get GMA delivered to your inbox every morning!

Kim homeschooled both of her children during the 2020 school year due to Arizona's high COVID-19 rates and to protect close friends and family that were high risk for COVID-19. This year, Kim and her husband made the decision to send their children to school on July 21 in hopes that a vaccine would soon be available for children and allow for Kim to return to work. 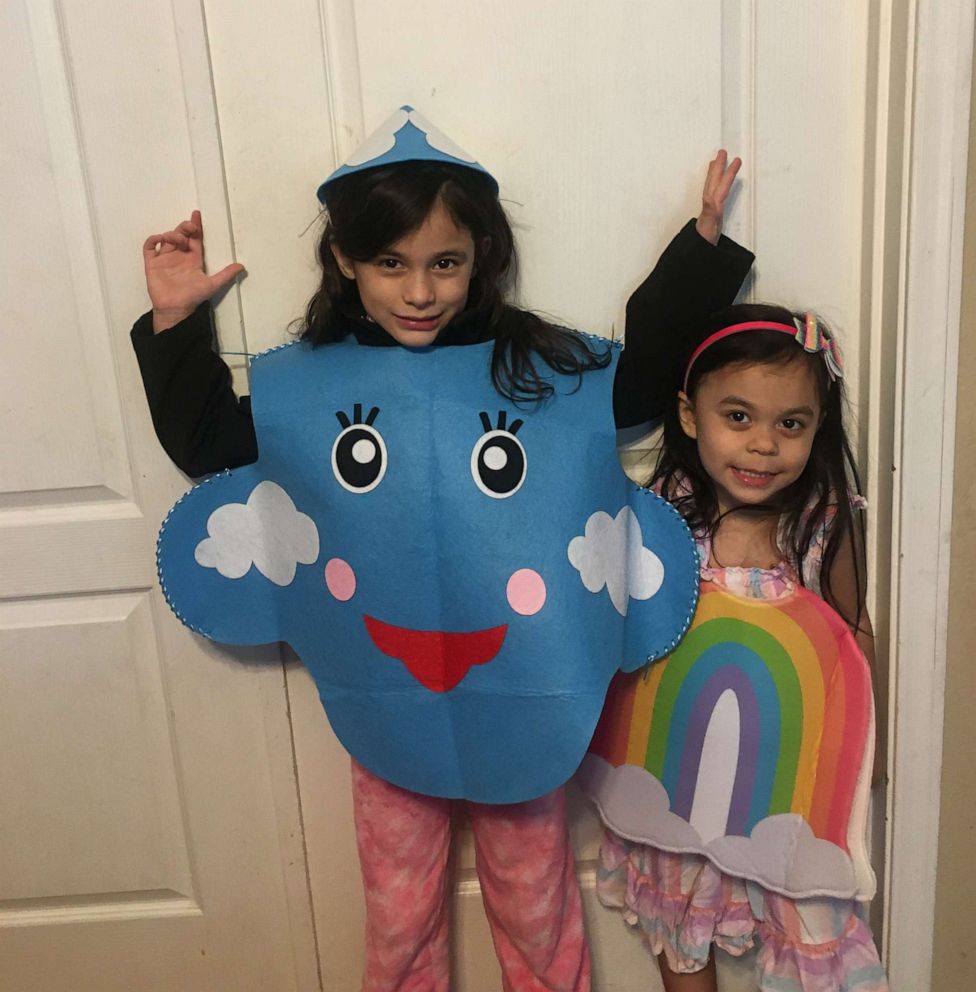 Heidi Kim
Irene and Rosalind Kim were both homeschooled during the 2020 school year due to COVID-19 concerns.

"I was really nervous about sending them back there, but I had hoped maybe in September they would be eligible for the vaccine," Kim told "Good Morning America." "I had hoped it would just be the month and a few extra weeks depending when it comes."

Arizona is one of eight states that has banned mask mandates in classrooms. On June 30, 2021, Gov. Doug Ducey signed a law prohibiting mask mandates in Arizona schools. Kim says EduPrize encouraged students to wear masks but due to state law cannot enforce it.

"I dropped them off at school and I just cried and not because of things that you should normally be feeling when you send your youngest kid off to kindergarten," Kim said. "I cried because I felt like I was sending her into a petri dish."

Kim said although masks were encouraged, there were only two other kindergartners wearing masks in her daughter's class. In Rosalind's third grade class there was only one other student.

"It's incredibly frustrating because I think schools should absolutely be open. I don't think that people should have to put their life on hold for a year and a half," Kim said. "When we look at what public health is telling us, you look at the American Academy of Pediatrics, or the CDC, they're all saying schools should be open. But also people who aren't vaccinated should wear a mask." 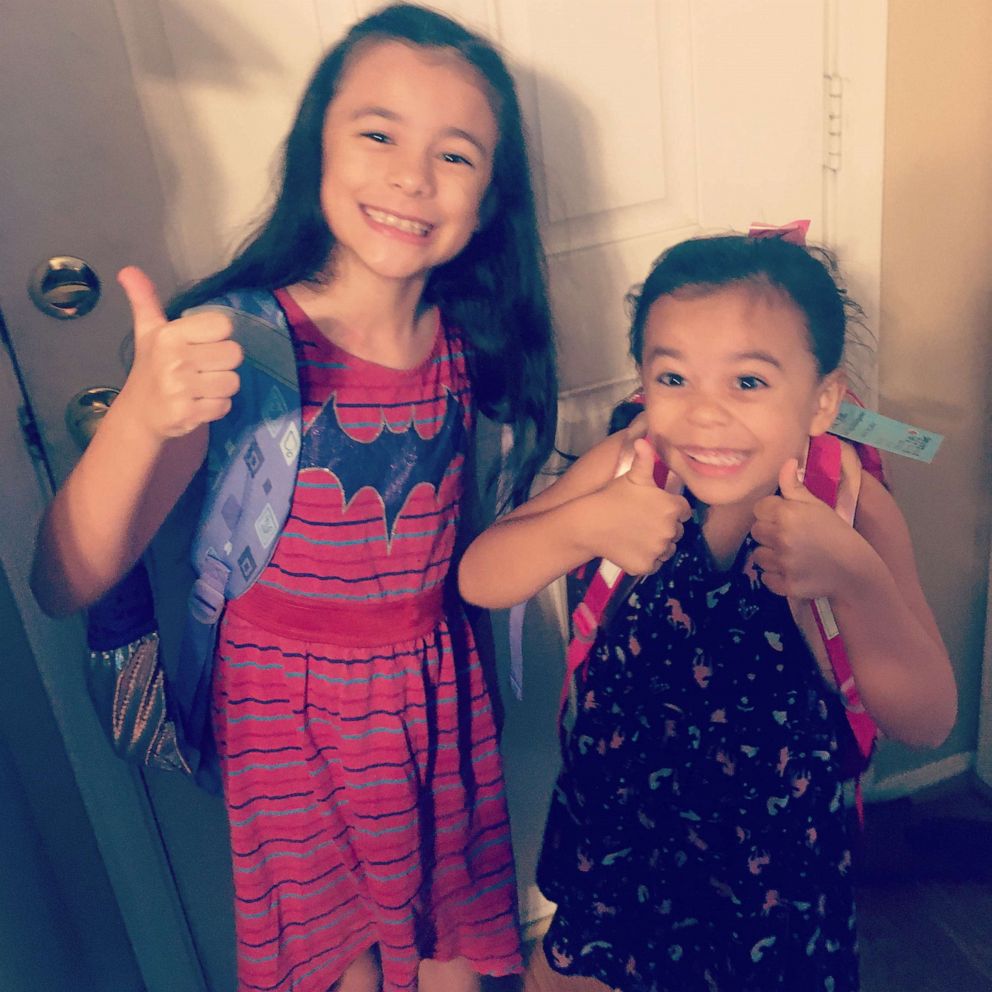 The Centers for Disease Control and Prevention recently reversed its mask guidance and recommended that schools embrace universal masks, backtracking on an earlier recommendation that vaccinated students and staff could go without masks indoors. Several Arizona districts have opted to make masks mandatory.

In addition, The American Academy of Pediatrics, an organization of nearly 70,000 pediatricians, has also called for schools to enforce universal masking mandates.

"AAP recommends universal masking because a significant portion of the student population is not yet eligible for vaccines, and masking is proven to reduce transmission of the virus and to protect those who are not vaccinated," the AAP wrote in a statement.

Two weeks after her first day of school, Kim noticed Irene was acting out of character. She would fall asleep doing everyday activities and soon she was running a 103 fever. Kim brought her to get a COVID-19 test and confirmed that the 5-year-old had contracted the virus.

"I'd like to be honest, I'm angry," Kim said. "And of course I'm sad. And I feel guilty, because I had felt so conflicted about sending her back in the first place. And I never should have had to be in that position."

Kim says since Irene tested positive for COVID-19 her other daughter has also started showing symptoms but has not yet received her results from the PCR test she took at her doctor's office. 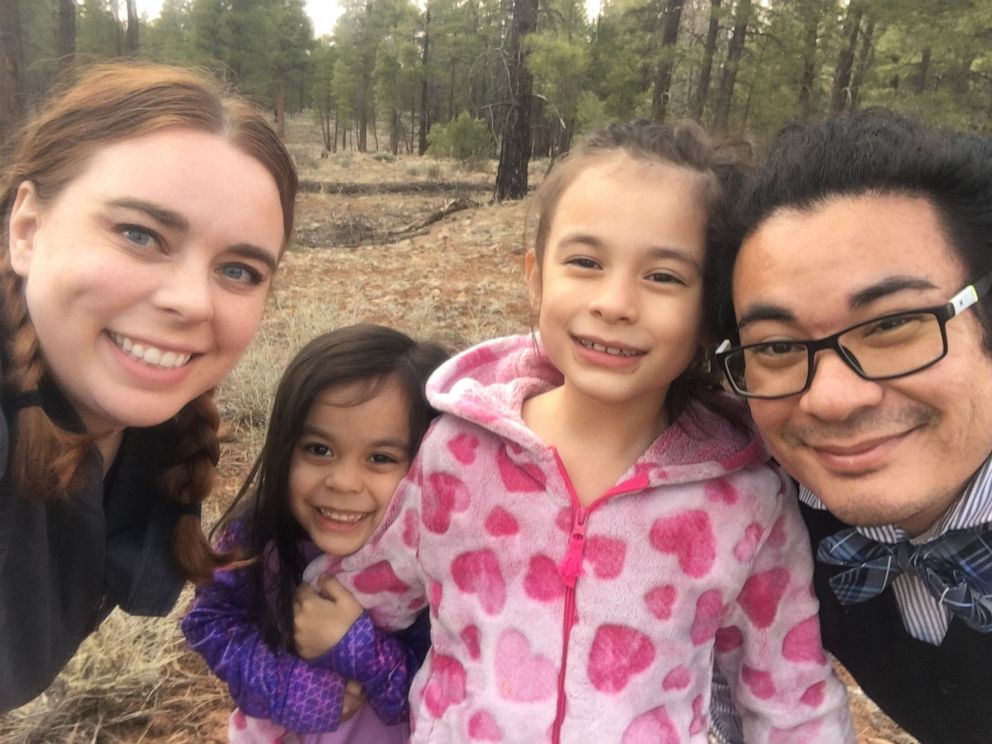 Arizona Public Schools Superintendent Kathy Hoffman weighed in on Arizona's mask guidelines for schools in a statement to ABC News.

"It is heartbreaking to learn of a child being infected with COVID-19. It is equally as frustrating knowing that Arizona public schools have lost the authority to fully implement proven mitigation strategies recommended by public health experts like universal and correct use of masks," Hoffman said. "In June, Governor Ducey signed a law prohibiting schools' ability to implement mask requirements, undercutting local school authority. This action by Governor Ducey and the Legislature was reckless and short-sighted – and will result in more children testing positive for COVID-19."

"I want kids in their classrooms because that is where the best learning happens – and until we are fully on the other side of this pandemic, we must take every necessary precaution to protect student health and safety in those classrooms and ensure minimal disruption to learning," Hoffman continued. "We have serious work ahead of us to help students recover from the last two disrupted school years, all while keeping them safe, and we don't have time for political games."

After going through this with her children, Kim said she hopes that since schools in her state cannot mandate masks, more parents will put masks on their kids before they head into classrooms..

"The more adults that are eligible to get the vaccine, the less community spread there will be. And the sooner these kids can get back to a normal life," Kim said. "I understand that we want kids to have a normal school year, the best way we can do that is by sending them in a mask."